The 4th Korean Wave: From Trot to Makjang

Sean Sea-Yeon Kim is the Chief Strategy Officer (CSO) of Chorokbaem Media. Before Chorokbaem, he was Chief Executive Officer of W Investment & Finance Co., Limited. Previously, he was a Partner at the LIAN Consulting Group, which he founded in 2006. As a Certified Public Accountant, Sean led many merger & acquisition projects while providing advisory services for listed companies.

Q. There is a worldwide infatuation with the Korean Wave (Hallyu). In South Korea, we've witnessed many ups and downs in the history of Hallyu, from the stigmatization of entertainers as a vocation to becoming Korea's golden goose. What makes Hallyu competitive in your view?

SK: From an anthropological standpoint, it has to do with the fact that Koreans have a strong shame culture and are very conscious of the other. Foreigners, especially Westerners, have a culture of guilt and tend to have strong individualism that guides their moral and behavioral compasses, regardless of what others think about them.

The downside of Korean people's sensitivity to the judgment of others is that they tend to report less satisfaction and happiness compared to their actual state of affairs. However, these same qualities also translate to huge strengths in specific fields. Concerns about the views of others push industries such as plastic surgery or entertainment to create products that are favorable to the masses. These sectors that rely on such quality will thrive. Also, fashion, design, and advertisement spheres have great potential for South Korea going forward.

Q. There was a time in Korean television when reality TV was the name of the game. The advent of survival audition programs changed this megatrend, the de-facto platform for broadcasters until the mid-to-late 2000s. From Superstar K in 2009 to similar shows like K-Pop Stars (2011-2016), we witnessed the so-called heyday of audition programs. How are Korean audition programs today different from their predecessors?

SK: There are audition programs worldwide, but what sets Korea's audition programs apart is that K-Pop has international competitiveness. Second, what is important in K-Pop is the unique structure of an agency's ability to plan and train its idols. Someone does not raise foreign entertainers, but rather talented people are selected and promoted to release their albums. Conversely, K-Pop idols are trained to do things from an early age and are therefore aesthetically commercialized by agencies with solid training systems. As a result, the characteristic of Korean audition programs is that more young people want to enter the system through auditions, which act as a gateway. It's a strength. 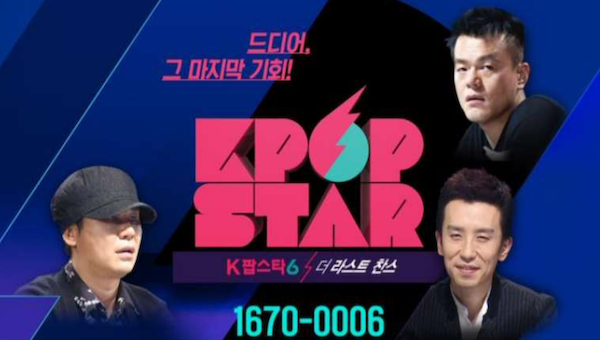 Q. However, there is also pessimism underlying these auditions, which some people claim are destined to follow in the footsteps of reality TV shows. These critics argue that a trajectory of emergence, popularization, fatigue and eventual decline is inevitable. Is this a sustainable model in your view?

SK: Like any other show, the audition program needs to be competitive to keep its ratings. They cannot just turn into another mundane platform. Those who plan and design audition programs also try new and unique things to keep success alive. For example, you can change the genre or alter the format like they did with Trot. For instance, there could be audition programs that aim to produce not the next generation of pop musicians or singers but musical actors and actresses. You would depict the process of these audition contestants going through a ton of training and grooming during a 120-session musical training program. The program would help the finalists debut as an idol group. Like any other reality TV show, audition programs can also add fun and unique elements to appeal to a broader spectrum of viewers. Otherwise, people are going to get bored. Considering how good Korean people are at objectively viewing talent and what appeals to the public, I anticipate that new audition programs will continue to emerge. There is no question that there are specific fundamental strengths attached to the survival audition format that, with proper modifications, can survive the test of time.

Q. With six to seven audition programs being broadcast each year, we have viewers complaining about "audition fatigue." This complaint essentially blew over with the Trot fever of 2019, but what kind of effort is needed to sustain its popularity?

SK: The Trot audition came out of an attempt to diversify the audition program and create something unique. Now expert opinion regarding its prospects remains divided. Some say we are looking at a flashing success that will be short-lived; others claim this is the beginning of a long-term trend. Whether Trot will continue to be a popular mode of survival audition program or not depends entirely on how the genre of music is perceived. If Trot manages to appeal to a younger audience who continue to consume and listen — the kind of genre that we listen to all the time — then it's going to have a shot. This is precisely why Trot needs to have more sub-genres to gradually cater to a broader demographic to suit younger music consumers better. If Trot stays in the same shape and form, I think it will fall out of favor after being a temporary vogue.

Q. A few years back, there was a feature article that came out of Spain which spotlighted South Korea as "the new world power of TV series," followed by the United States and the United Kingdom. Some statistics show between 2013 and 2018, South Korea (32 shows) was the biggest exporter of TV series after the U.S. (58 shows) and the U.K. (40 shows). What makes Korean shows so unique?

SK: While the Anglo-American production of TV shows focuses on the plot structure, Korean dramas revolve around psychology — which is to say that they develop a plot progression based on the main characters' psychology that evokes optimal sympathy from the viewers. Arguably, Korean shows may seem to have weaker plots, but they attract a large viewership by stimulating the public psyche through powerful acting and psychological empathy. This is why Korean dramas would manifest features such as dramatic pauses or flashbacks. Korean dramas are very good at using background scenery and music to bring catharsis. They would often shoot at attractive locations with appropriate music playing in the background to evoke empathy. Of course, some people express their dissatisfaction with this kind of storytelling, which feels dragged out and stifling, but these features add to the emotional appeal for others. All of this combined makes Korean unique, which has helped them attain a competitive edge. 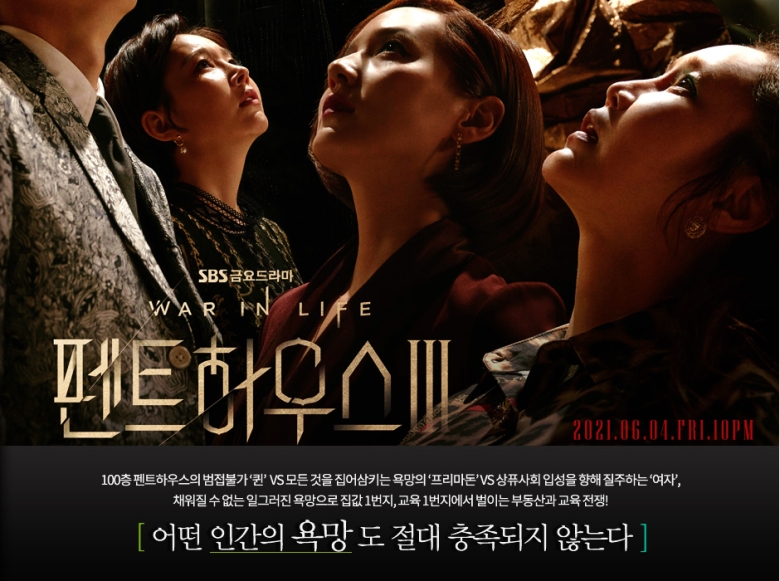 Q. It has become virtually impossible to discuss Korean dramas without bringing up the issue of 'makjang.' (Makjang can be translated to things like "to take too far" or "to reach a limit" — usually coupled with exaggerated characters and events.) Recently, works such as The Penthouse: War in Life and Love (ft. Marriage and Divorce) are getting favorable ratings and reviews. The former critiques Korea's draconian real estate and education realities, while the latter focuses on scandalous Love and extramarital affairs. What is the secret to their success?

SK: We didn't anticipate this buzz. First of all, makjang denotes a story that progresses in a way that is unlikely to be matched in reality. Although makjang dramas have unrealistic plots, it is essential to build empathy to be successful. If the viewers cannot empathize with a given story, it's just a mess. As an example, Penthouse is unrealistic for the characters to kill, cheat, and slander to advance in life. Still, as long as it resonates with the viewers emotionally, it's okay. The reasons may vary, but perhaps there is an inner moral compass in us that imagines committing heinous acts every once in a while, and we see ourselves in the images of these characters. In Love, the viewers are provided with a ridiculous series of unrealistic extramarital affairs. Still, it has been hugely successful because it created sympathy among those who watched and identified with the show. Success here depends entirely on empathy.

Q. Is there a program or show whose success you doubted at first but eventually became a hit?

SK: We took over Chorokbaem Media around 2016 or 2017. Frankly, most of the upcoming projects seemed like they were going to go well. I think makjang dramas are the kind of works that fit perfectly with this question. We expected somewhat moderate success befitting past makjang works, but some of our recent works exceeded our expectations this year.

Q: In the early 2000s, there were fewer platforms where dramas could be aired. But now we have a more comprehensive range of media, including YouTube and OTTs like Netflix. The axis of the market seems to be shifting from broadcasting stations to production companies. As someone managing a highly successful production company yourself, do you think the target consumer group has changed at all?

SK: I would say that the target consumer group has expanded rather than changed. The surge in demand has created a very diverse consumer base, including those watching our shows from abroad. In the past, the primary target audience was Korean people in Korea and, more specifically, women who controlled the remote controls at home. Now that has expanded to young people with the advent of smartphones. As opposed to the old days when you needed to acquire copyrights to a specific country to sell something abroad, now we live in a borderless society and marketplace with global OTTs organized across national boundaries.

Q. What needs to be done to improve the drama production environment?

SK: In the past, production companies used to be hooked by the broadcasting networks — completely subordinate to their judgment and decisions. Now that has been turned upside down due to the broad sweeping changes in the industry. Today we have a much better environment where we can plan our own shows and produce them the way we planned. With the contents market liberalizing and shifting to a seller's market, we receive offers to subsidize our productions. We have guys from Netflix, Amazon, Hulu, and HBO, among others, coming in as content buyers. There are also arrangements like Netflix Original that expect exclusive production and distribution rights. Because the Anglo-American market and subscribers base tend to be incomparably larger than our domestic market, these outside stakeholders tend to get a much bigger slice of the profits and distribution rights. Overall, I think this is a very promising milestone and a step in the right direction for production companies in our line of work.