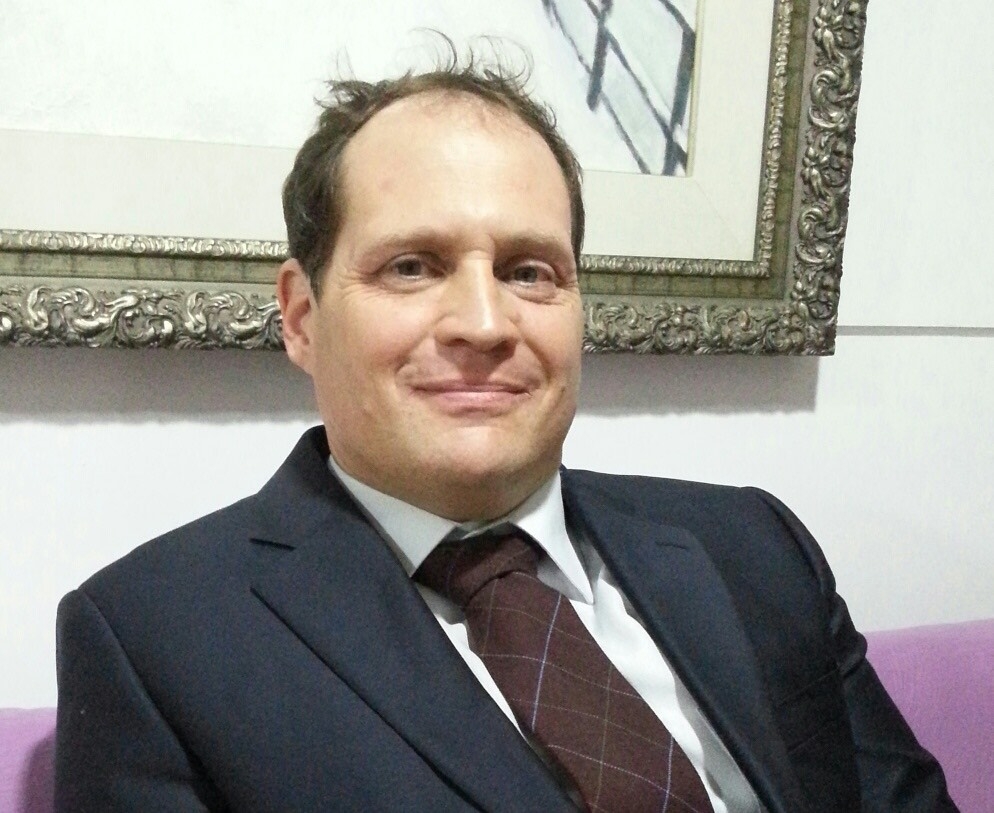 American Barney Battista is a current English Professor at Suwon Science College in Korea. After arriving in Korea in 2007, he worked at various language institutes in Seoul while at the same time studying Korean at Yonsei University. After spending 2 years in South Jeolla province, he decided to pursue his interest in Korean culture by enrolling in Kyunghee University’s Masters Program in Korean Studies. It was here that he developed an interest in traditional Korean Shamanism. Battista met with Asia Society Korea Center’s contributing writer Matthew Fennell to talk about his unique journey into Korean culture.

After about a year and a half of living in Seoul as an English teacher, Barney Battista was becoming frustrated with city living. His main gripe was that it seemed impossible to get away from English speaking Korea for any appreciable amount of time. He decided to move to Goheung in South Jeolla Province with the hope that the countryside would allow him to greater experience the Korean language, while at the same time immersing himself into the provincial way of life. So why Goheung? Battista explains how he loves an underdog, “Jeolla Province consistently gets the short end of the stick both politically and economically. It seems there is a political pipeline from Seoul to other parts of the country and that reflects in the economic stimulus to certain regions of Korea. I wanted to remove myself somewhat from the Korea of privilege I’d seen so much of living in Seoul and Jeolla seemed like a logical choice.”

His love for Korea led him to a Masters Degree in Korean Language and Literature at Kyunghee University's Graduate School where he wrote his thesis on "Musok”, traditional Korean shamanism. Battista explains that, “Most translation dictionaries decode musok as ‘Korean shamanism’ and I spend a lot of my thesis arguing that, while that definition is not untrue per se, that it is inadequate and likely to create misunderstanding.” He goes on to say that “Musok is a Korean shamanistic practice which pre-dates Korea’s present day established religions; it is common to call it Korea’s original religion.”

Although many younger Koreans may not have a deep understanding of musok, the practice can still be seen in modern day Korea. Battista explains, “When I am speaking casually and someone asks me to explain musok, I tend to talk about the fact that musok is alive and well in Korea, not a hermetically preserved cultural tradition trotted out for the occasional museum festival; it is an active and economically self-reliant tradition in practice. I talk about the dominance of women in musok practice and in musok’s clientele. I also emphasize about how musok is different from Siberian shamanism or the Native American shamanism westerners may have been exposed to. Korean musok works in the opposite direction, where the gods come into the shaman. This form of shamanism, ‘mediumship shamanism’ for lack of a better word, is predominant among agricultural societies. ‘Soul travel’ shamanism is more common in hunter gatherer societies.

What Battista feels quite strongly about is the positive impact musok can have on Korean society and culture, especially to foreigners, “I think musok is a real gem in the crown of Korea. Musok may have stigma attached to it in Korea, but as an outsider looking in, it is quite easy to see it for the elegant and unique cultural artifact that it is. So simply in terms of bringing a greater level of appreciation for the host culture to the foreign community, I think teaching about musok is worthwhile. In my thesis I argue that understanding musok will help foreign Korean language learners to achieve a deeper understanding of Korean culture. I argue that this is the case both in terms of Korea’s artistic culture and spiritual culture.

Battista is definitely here for the long-haul; his hope is that in the next two or three years he can get started on his doctorate. In the meantime he is working on a project at Yonsei KLI where he is developing an interactive educational blog for teaching musok to advanced level Korean language learners. Barring any unforeseen circumstances, he will be speaking about musok and the KFL curriculum in September of this year at the International Congress of Writers writing in Korean.