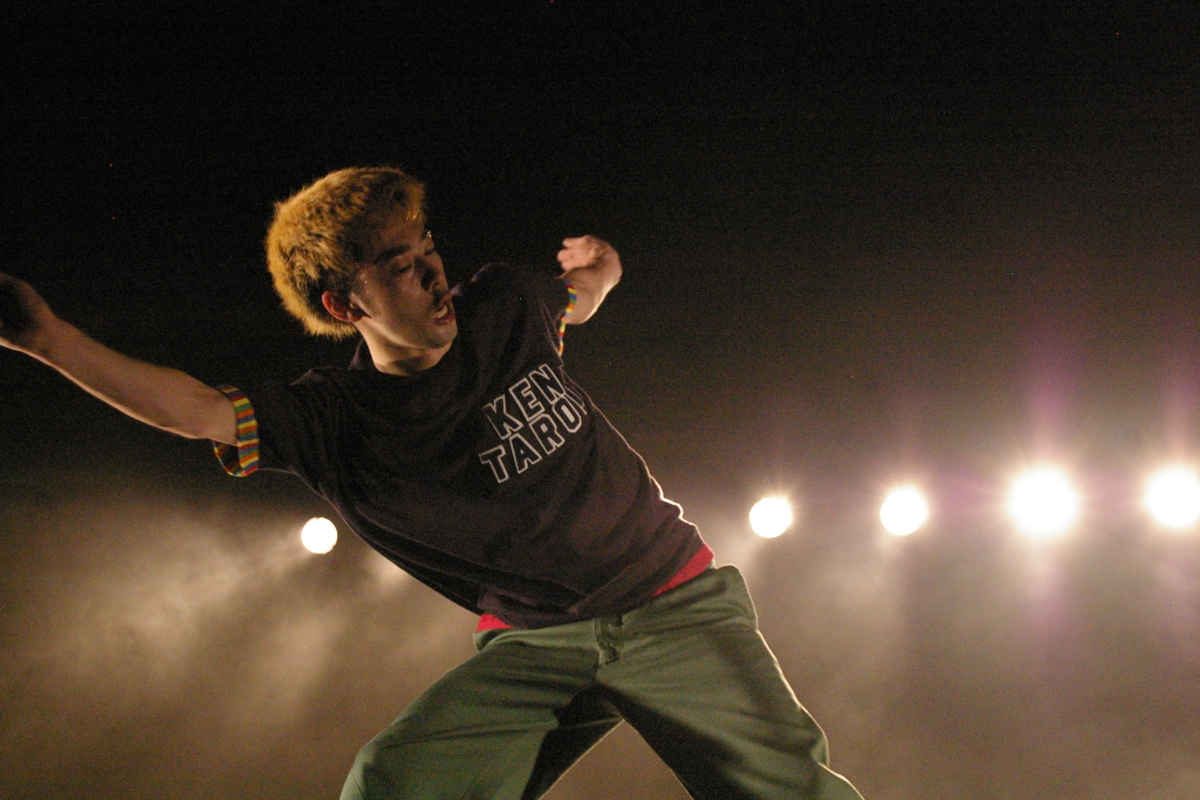 MUMBAI, March 20, 2012 — A universal expression of the ends and beginnings inherent in all things was embodied here, literally, in a high-energy solo performance by contemporary Japanese dancer KENTARO!! at the National Gallery of Modern Art (NGMA).

The devastating earthquake and nuclear disaster that struck Japan in March 2011 left a deep impact on the performer, so he created the solo piece, After Raining, It Will Be Sunny, to characterize the resilience of the Japanese people in the earthquake's aftermath. The work is intended to emphasise that the gloom of the rain will eventually stop and the sun will shine, whether one asks for it or not.

Exuberant movement alternated with more stoic choreography in the performance. The dance was set to music, and in addition to pop and hip-hop, KENTARO!! used electronic music and lyrics of his own composition. The audience was given a close-up view of KENTARO!!'s choreography, in which he continuously tries to break the boundaries that exist between identifiable dance techniques. His style was reflective of the Minimalist tradition that is strongly embedded in Japanese culture.

KENTARO!! grew up in Japan in the 1980s, when street dance was at its height, and would watch endless hours of popular dance shows on television, which were all the rage in Japan at the time. He also cited as an influence the late, iconic German choreographer Pina Bauch. By the early part of the last decade, KENTARO!!'s movement had gone into a more stylized and contemporary direction, which enabled him to take his work out of clubs and into serious dance venues across the world.

Presented as part of the celebrations initiated by the Japan Foundation to mark 60 years of diplomatic relations between India and Japan.