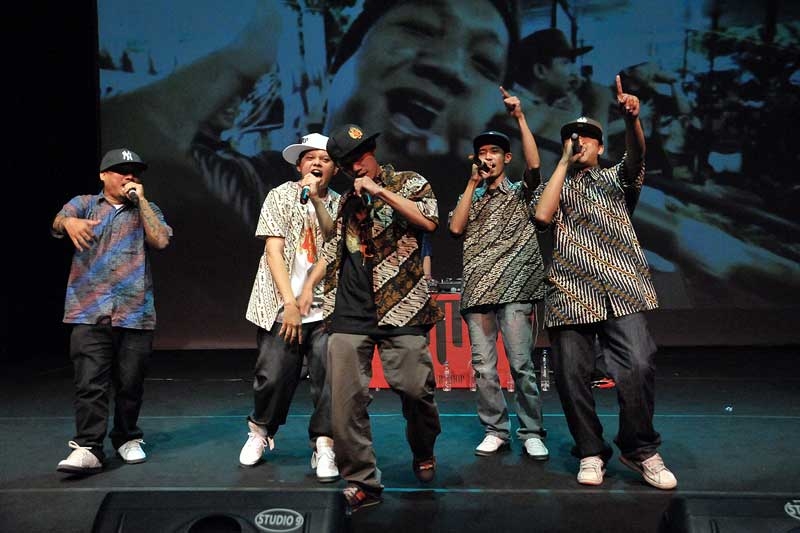 It is almost impossible to leave Yogyakarta out of a discussion of Indonesian cultural production. It is a small province, the smallest among the four other provinces in Java, yet its pivotal role is humongous.

It is the place where almost all signifiers of Javanese cultural production — such as gamelan, wayang kulit, wayang orang, court dance, oral literature, etc. — were developed for centuries, long before the dawn of the colonial age, and they eventually took part in shaping the national Indonesia as a modern idea.

At the same time, Yogyakarta is not an enclosed and sterile space. Its glorified history is also strengthened by its post-independence function, which was to serve as the city of education.

For decades, Yogyakarta has built a strong foundation for the growth of educational institutions, inviting students from the furthest island from Java, and making it one of the most dynamic and youthful urban cities in Indonesia. With this background, it is far from surprising that Yogyakarta has been a potent site for cultural encounters and productions.

Jogja Hip Hop Foundation was established in 2003, but hip hop has taken part in a wider youth culture scene long before that. Global pop music and its variety of genres had developed for some time in Yogyakarta as well as many other cities in Indonesia. JHF initially served as a gathering space for emerging hip hop artists in Yogya before this collective eventually realized that they had something in common more than regional attachment.

One of the most distinct characteristics of these artists is the wide usage of Javanese colloquial language in their lyrics. They found out later on that their language situates them more in direct contact with the audience in Yogyakarta and Central Java, which allows them to reflect on hip hop as a genre and their identity as Javanese.

Before founding the JHF, Mohamad Marzuki, aka Kill The DJ, had spent a decade drifting around the contemporary art scene in Yogya and familiarized himself with working with various sources of inspiration. In one of JHF's early projects, the Poetry Battle album (2006), he decided to experiment with an old sensuous text from Javanese oral literature, Serat Centhini, as well as a working piece based on more modern Javanese vulgar poetry written by Sindhunata, a Catholic-priest-cum-poet. It was at this point that JHF found a way not only to address their Javanese identity but also to further question the significance of being a Javanese in this global, rhizomatic world.

Since then, JHF have engaged with various sociopolitical andcultural issues while aesthetically continuing to ground their work in popular and historical Javanese sources. They expand the Javanese-ness of their hip hop in ways beyond their lyrics. Their hip hop sounds are extremely hybrid. On stage, several rappers and a live DJ perform along with Shoimah, a pesinden with a distinctive Javanese vocal technique. Their songs are developed from various sources that range from gamelan, shalawatan (Javanese-Moslem prayer recital), and dangdut (Indonesian pop music) to the rhythm of Jathilan dance (a popular Javanses dance which is based on rhythmic-trance dance).

Jogja Hip Hop Foundation have been bending and enriching their hip hop influence as far as they could to get where they are now. It's about the time they perform it in New York City, where hip hop began.

Jogja Hip Hop Foundation performed at Asia Society New York on May 14, 2011. Click here for video excerpts of their performance.