"Inclusion as Innovation: The Past, Present, and Future of Disability Policy in Japan" 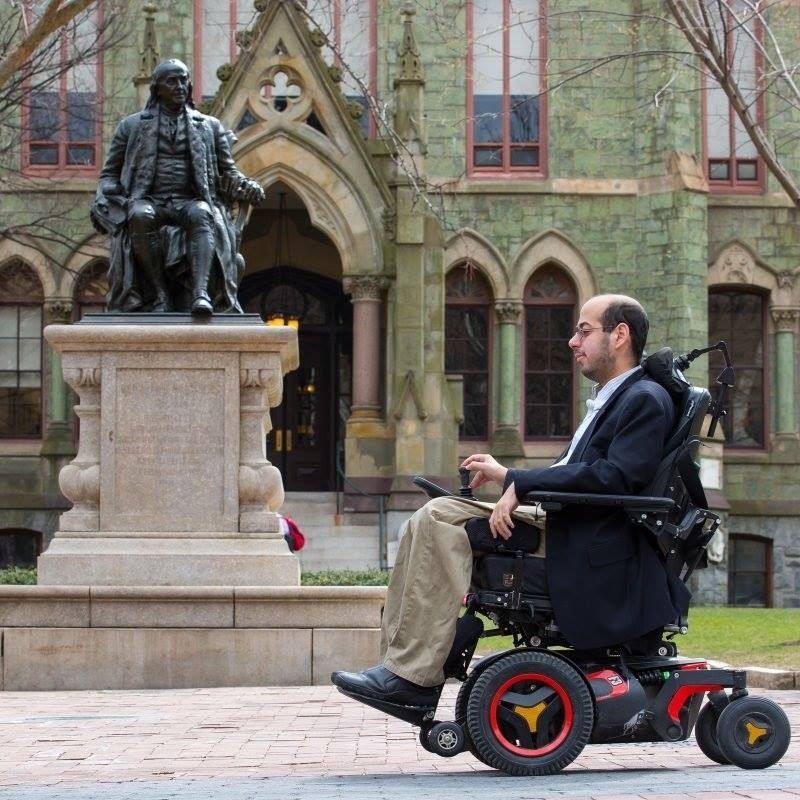 Inclusion as Innovation: The Past, Present and Future of Disability Policy in Japan

How is it in a country where roughly one in nine people has a disability or chronic illness, where 30 percent of the population is over the age of 65, “accessible” bridges are built too narrow for a wheelchair to pass? This is only one example of the many well-intended mistakes we find in society. How does this happen? Mr. Bookman talked about the history of disability policy and what we can do to make a more inclusive society.

Japan’s disability policy dates back to the end of WWII, when many wounded veterans returned needing welfare and care. Japan then created a policy focused on the poor, in order to include the veterans in a way that would not arouse concerns among the allied powers that Japan may be remilitarizing. However, there were too many poor people to cover with limited funds, and the government later shifted to a policy focused on disability. Japan’s first disability law enacted in 1949 was designed to address a small group of people, including veterans and those who happened to fall under the category “shogai.”

This changed in the 1950-60s, when Japan’s “economic miracle” created new factories and jobs, which became new sources of pollution and impairment. Medical advances extended life, but also increased illness, accompanied by old age. In the absence of a government program,, factory-made technologies and services for disabled people were not customized to fit the user’s body. This became visibly apparent at the Tokyo Olympics and Paralympics, after which measures were taken to correct the situation.

From the late 1960s to 1970s, institutions to accommodate large numbers of disabled people were built outside of cities, but their remote locations resulted in lack of supervision, and thus abuse. This aroused intensive debate in the early 1970s about new abortion polices and bioethics. In response to these debates and incidents, activists,, including the Green Grass Society, campaigned for increased access to public transit and equal opportunities for education. However these movements yet to be coordinated enough to have a large impact.

This changed in 1981, when the UN celebrated the International Year of Persons with Disabilities. Exchanges with disability activists across the world provided insight on how disability welfare might be constructed in Japan. Independent Living Centers were launched in the mid-1980s, providing services that allowed people to live in their communities and   starting conversations about how to get people into the community. Mobility enabled disabled people to form new alliances to work on policies in new ways.

The late 1980s and 90s saw a push for universal design which also showcased the difficulties of implementing policies to achieve accessibility for everyone. Japan’s first compulsory transportation law was enacted in 2000, but the new infrastructure often displaced or delayed the users. The 2006 Independence Support Act for Persons with Disabilities offered welfare services for everyone with disabilities at 10 percent deductible, but a flat rate can punish people with more severe disabilities. In the late 2000s the conversation shifted to creating a society fair for everyone. In 2016, the government enacted the Law for Elimination for Discrimination against Persons with Disabilities.

What can we do to make a more inclusive society?

What can we do to make a more inclusive society? Where do we begin – education, employment, transportation, healthcare? The challenges that a disabled person faces everyday are multidimensional. The question is: How do we create an anti-discriminatory society that brings together all sectors. Exposure to COVID-19 has shed light on the many risks embraced by the disabled population because the environment has not been built to accommodate them. Given its ever-aging population, creating an accessible society is an urgent issue for Japan. When people from around the world come to the Tokyo Olympics, they will witness Japan’s approach to disability. If it is not sufficient for us now, it will not be enough to reshape the world. We need to think as a group on how to reimagine Japan’s accessibility and bring people together. What is our role today in making sure we create an effective anti-discrimination policy that helps create a truly inclusive, accessible, global society?

Following Mr. Bookman’s initial comments, he engaged in discussion with the audience about inclusion and integration in the workplace, whether Japan is lagging behind the world in disability policy, categorization of physical, developmental and intellectual disabilities in policy, measures to be taken in relation to the Paralympics, hiring quotas, participation of people with disabilities in politics, public awareness for diversity and inclusion, advice for parents with children with disabilities

Some points made were:

The pandemic has disabled everyone, and with current call for re-invention ways to interact with each other, we could harness the knowledge and experienced embraced by the disabled people in teleworking and remote education that could be harnessed.

A creative way to use the momentum of the Paralympic Games is crowdsourcing ideas about existing barriers and what access needs should be addressed. By having people report into a database, we would be able to generate knowledge and stimulate the international exchange that the Games represent.

Hiring quotas can be effective if they can stimulate conversation about creating an accessible workplace. However, Japan faces the challenge of a shortage of disabled people with the qualifications to take the jobs because many people have not had sufficient access to education.