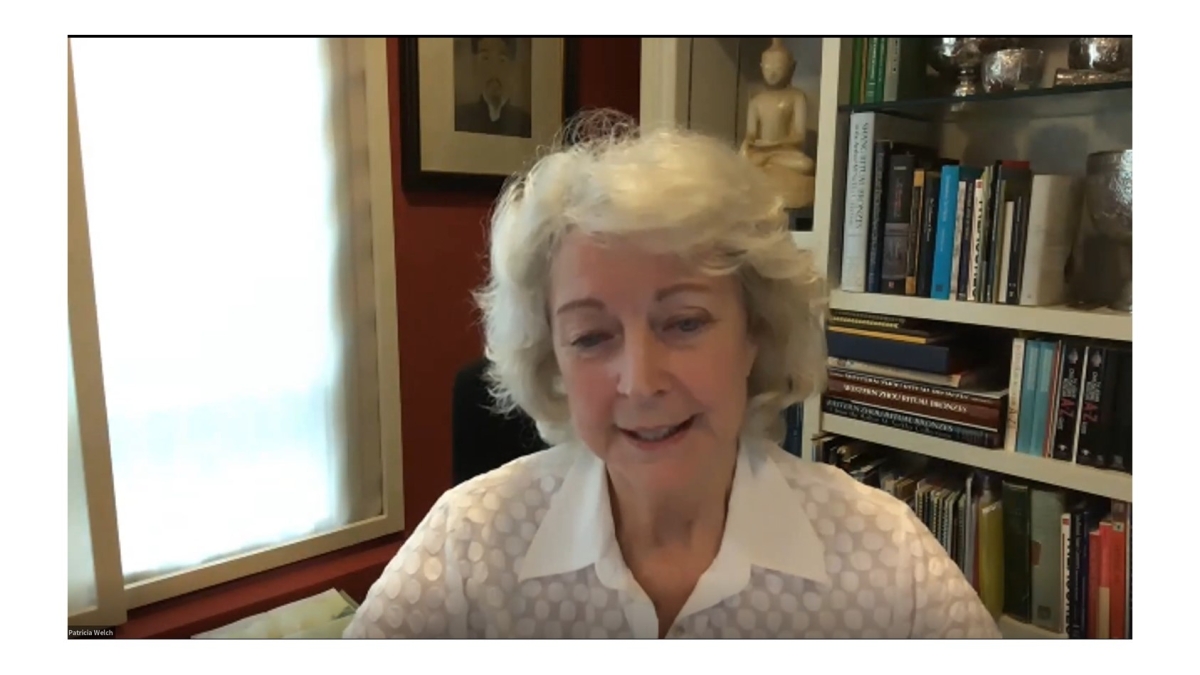 "An Introduction to the Scholar's Gallery of the Asian Civilisations Museum"

The Asian Civilisations Museum (ACM) is housed in a colonial structure known as the Empress Place, built in 1867 on the Singapore River. It is the second oldest building in Singapore located in what is now designated a historic district. ACM opened in 2003, initially as a museum focused on Asian cultures that influenced Singapore’s history, but for the past three years has taken a thematic approach, drawing on Singapore’s historic role as a cosmopolitan multicultural multireligious trading hub and port city.

Ms. Welch took viewers on a virtual tour of the Scholars’ Gallery. The purpose of the new Scholars’ Gallery is to explore Chinese systems of belief, philosophy, and ritual, some of it driven from Confucian ideas of propriety through presentation of the courtly arts and objects collected by scholars of the Literati tradition and to reveal the taste and pursuits of scholars and merchants who would emulate them.

The Scholars’ Gallery has two entrances. Coming from the dimly lit Christian Art Gallery, visitors pass through connecting doors and cross a small footbridge that connects the old wing with the new wing, into a simple but elegant room filled with natural light.

The Scholars’ Gallery has kept its focus on artifacts that would have found their way into a scholar’s heart. The tour started with a Ming Dynasty blue and white lidded porcelain jar from the Jiajing reign (1522-1566). Each side of this piece represents one of the Four Arts, or cultural pursuits considered essential to cultivating and refining one’s behavior: music, chess (Weiqi), calligraphy and painting. It reminds us that the Literati was mainly an academic culture based on poetry, painting and calligraphy. Art was a vehicle for communicating ideas.

The next part of the tour introduced the Four Treasures of the Studio: inkstones, ink sticks, paper and brushes. Every scholar had a brush pot to store the significant number of brushes made of various types of animal fur that he possessed for different applications. Inkstones were identified by the type of stone and place of origin. Chinese ink sticks were made from mixing animal glue derived from the skin, bones and horns of animals with the soot of burning leaves and wood. A practice that marked the rise of an elite class during the Ming Dynasty was the conversion of utilitarian products into objects that the Chinese elite found ‘amusing’. One such example is inksticks, which became popular luxury gifts, often decorated with gold.

Although not included in the prescribed Four Treasures,, brush rests, ink rests and water containers were also essential to the scholar. Among the museum’s collection is a fine peach bloom-glazed beehive pot with a Kangxi three-character reign mark, presumably used for defining the brush’s tip. A Zhengdé period (1506-1521) blue-and-white porcelain brush holder with Arabic inscriptions in Persian script on both sides is decorated with five scalloped peaks representing the five sacred mountains of China, as well as Lingzhi, a fungus believed to have magical powers. The British Museum expert, Jessica Harrison-Hall believes that this category of pieces is believed to have been made for Muslim administrators in the Chinese court because few have been found in West Asia, but at least one scholar has proposed that such ceramics with both foreign and Chinese decorations might simply have been fashionable at the time.

Another revered mountain form were Scholars Rocks, which were immensely popular among the Literati. As early as the Tang Dynasty (618-709), Literati had identified four aesthetic criteria: thinness, openness, translucence, and wrinkling.

Walking on, one of the display cases that visitors enjoy most is one of miscellaneous small collectibles,, including snuff bottles and carvings of Buddhist saints.

A Qianlong Era (1736-1795) wood-based three-dimensional lacquer screen attracts a majority of the museum’s visitors. The screen depicts one of China’s best known elegant gatherings hosted by Wang Xizhi, a calligrapher of the 4th century who invited 41 of the greatest calligraphers and poets. Three layers of lacquer - red, green and ochre – have been carefully carved through.

Important pieces of furniture of a scholar’s studio included a painting table, a day bed, and shelves for books and collectibles. A piece that stops most visitors is a large 1875 opium day bed depicting scenes from well-known stories and standing on ornately carved lion-dog legs. While it would have looked alarmingly out of place in the average scholar’s study, the piece is important to the museum as it is most likely from Chaozhou, and thus must have attracted the Chaozhou merchant diaspora in Southeast Asia. By including regional furniture in the gallery, the museum seeks to communicate to visitors how traditions adapt to new environments in terms of both material and style.

The museum offers free daily tours in English and tours in French, Japanese, Korean, and Spanish on several days a week.

After Ms.Welch’s intial comments, the audience asked questions on the scale of the entire museum collection, rotation frequency and authority, the budget for new acquisitions, the introduction of Christianity to China, the art auction system and art education in Singapore.