July "Dive to the Art World" 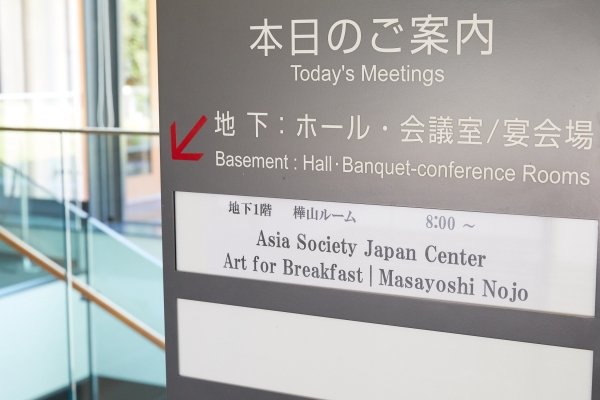 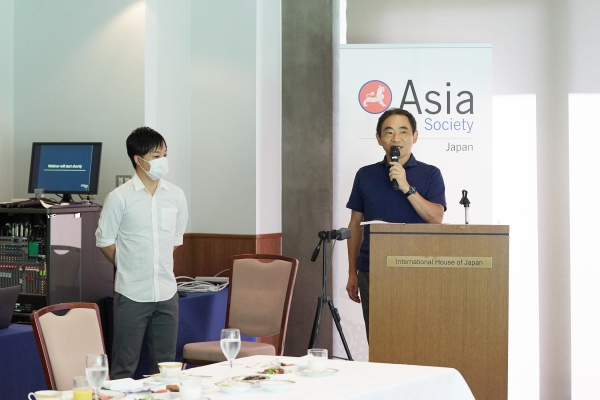 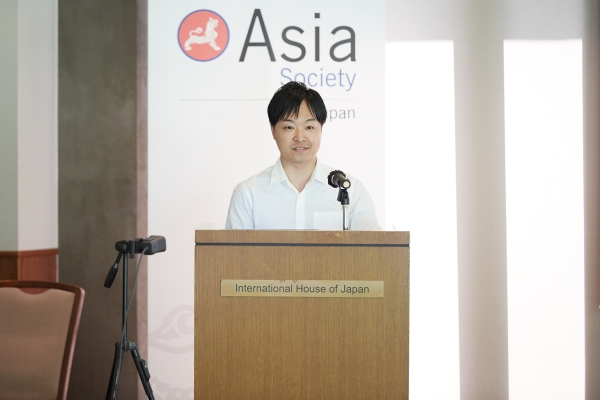 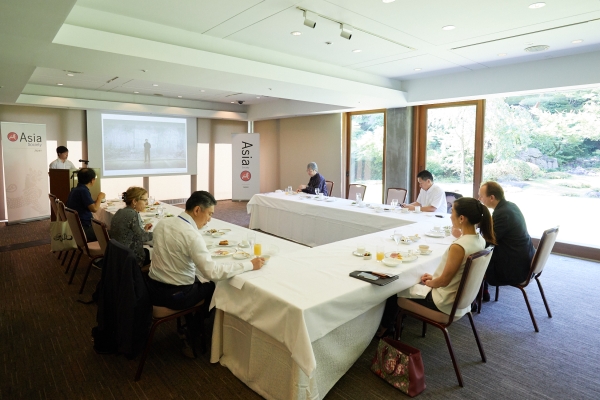 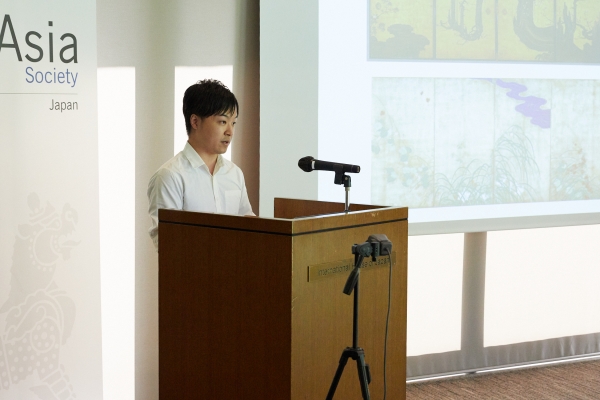 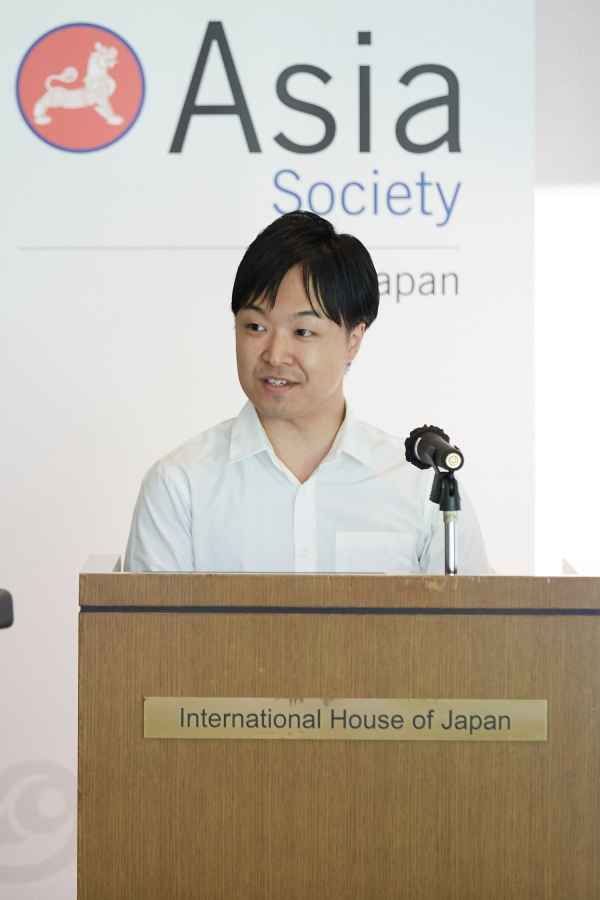 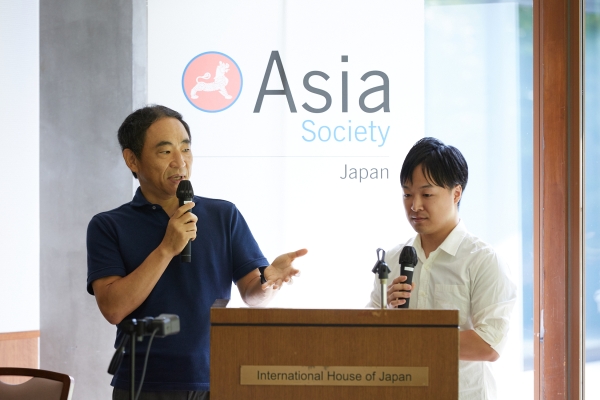 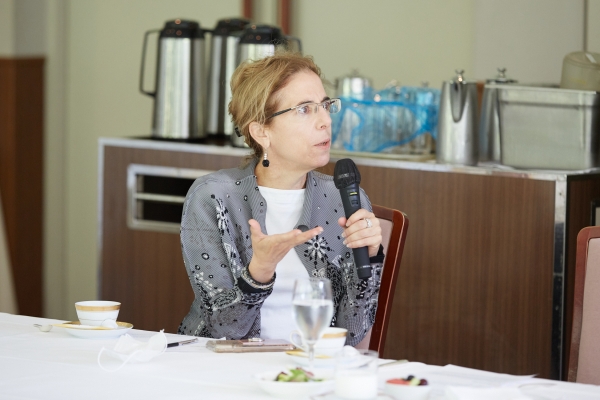 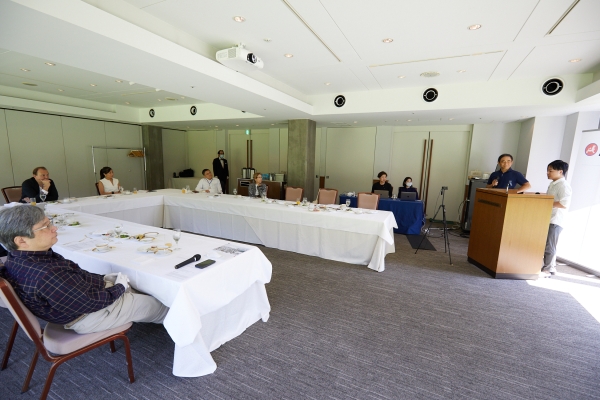 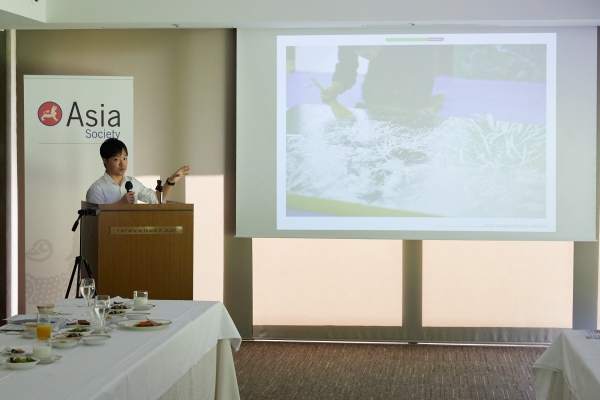 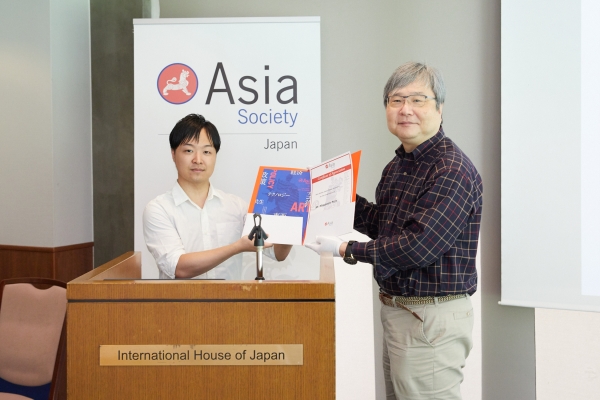 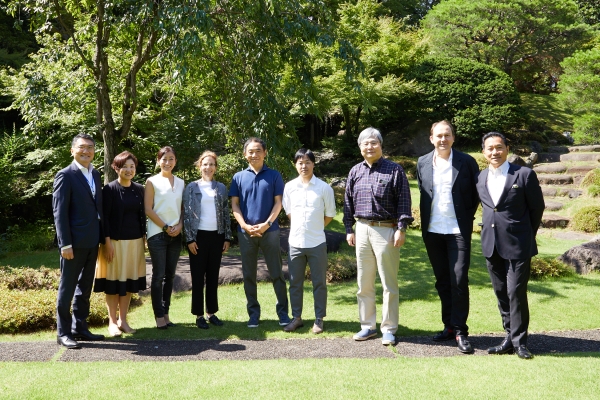 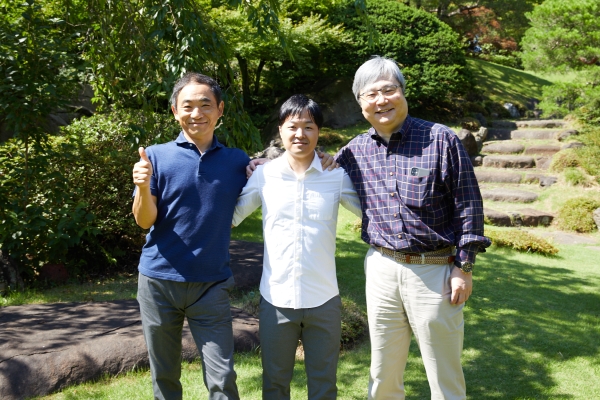 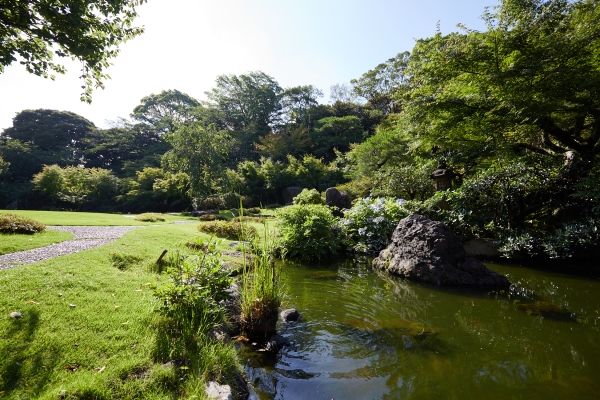 “Dive to the Art World”

“Under the Moonlight” is a landscape series that was exhibited at the JD Malat Gallery in London. Mr. Nojo’s attempt was to capture and communicate nature by creating a visionary and sensory experience for the audience by using silver haku (leaf). Mr. Nojo studied traditional Japanese painting at the Kyoto University of Art and Design, but as a student questioned whether traditional techniques were sufficient for the communication of contemporary ideas. He took us through his journey to date.

His encounter with contemporary art during his senior year of undergraduate studies aroused a mixed sensation of enthrallment, excitement and curiosity. After enrolling in graduate school, Mr. Nojo traveled to conduct research in Hong Kong and London, where he decided he would pursue contemporary art. After contemplation and reflection on his educational background as an artist, he arrived at the idea of using haku. He was fascinated by the material, which has been used throughout the history of Japanese painting. However, exploring ways to incorporate haku in his art, he felt that the traditional way of using the material featured in Korin and Rinpa-style paintings limited individual forms of expression. Inspired by use of haku in kimono patterns and decorations from the Muromachi period, Mr. Nojo decided to use haku to create images. He uses a silk screen technique to recreate images and has discovered that by layering images using haku, he can create lights and shadows, generating  depth and thus a unique three-dimensionality to his painting, which reminds one of a mirage.

His graduation exhibition having received high acclaim, he moved to Tokyo after acquiring his Master’s degree to accept a job offer from Terrada Warehouse at its art materials shop, PIGMENT TOKYO, designed by Kengo Kuma, and to reside at its art studio, TAC Art Studio  at TERRADA Art Complex. Since coming to Tokyo, his focus has been on art production for galleries, including TERRADA Art Complex, Gallery Art Composition, and Tokyo Arts Gallery, where he held his first solo exhibition, as well as art fairs across Asia. As he gained world-wide recognition, he presented his work in New York in 2018, when he met Jean David Malat, founder of JD Malat Gallery. This led to his first overseas solo exhibition at JD Malat Gallery in the city that had first inspired him to pursue contemporary art. The overwhelming number of questions he received at the opening party gave him confidence that his form of expression was novel and unique.

During COVID-19 lockdown, the JD Malat Gallery was closed, but continued to host online exhibitions and to offer support to artists. Japanese art galleries should observe and learn from such actions taken overseas. Mr. Nojo is worried about the future of Japanese galleries and artists, as current trends of being unable to feature international artists are likely to continue for a while.

In the meanwhile Mr. Nojo plans to focus his energy on projects in Japan. His work will be exhibited at an art exhibition to be held at Meiji Jingu from July 10 through September 27 to commemorate its centennial anniversary. Under the theme “Celebrate, Pray and Build,” the exhibition aims to communicate Japan’s nature and culture around the globe through arts. His work will be presented on a traditional Japanese “tsuitate” partition panel.

The COVID-19 quarantine period gave Mr. Nojo the opportunity to organize his thoughts and ideas on his strategies for moving forward and projects that he may pursue in the future. In a constantly changing world and in these times of uncertainty, it is important to be open and continue contemplation as the future unfolds. Mr. Nojo hopes that as unprecedented events occur in the world, art can serve as a media that keeps people together. What is the role of art from this point forward? He closed his initial comments by sharing a quote:

One ship drives east and another drives west with the selfsame winds that blow. It’s the set of the sails and not the gales that tell us the way to go. As we voyage along through life, it’s the set of a soul that decides its goal, and not the calm or the strife.

Following Mr. Nojo’s initial comments, the audience was invited to engage in conversation with him. Discussions covered artists who he has been inspired by, how he seeks to share modern feelings about nature and Japanese aesthetics, advice for young artists seeking exposure to overseas markets, how to develop an active contemporary arts market in Japan, and any influence the COVID-19 pandemic have had on his way of thinking.