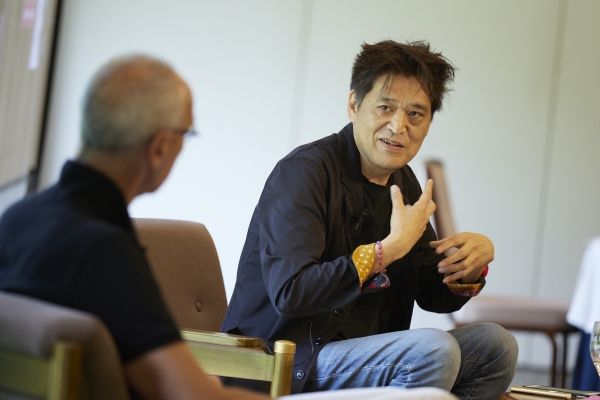 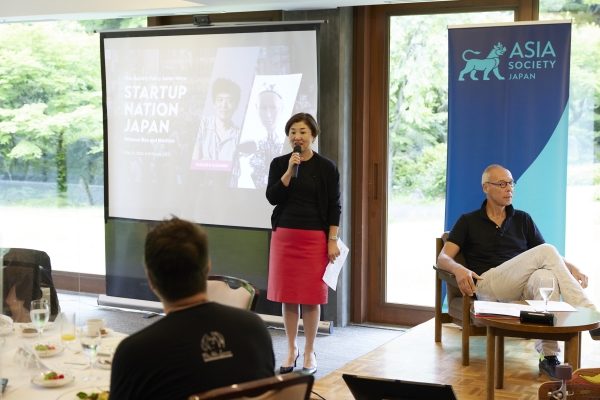 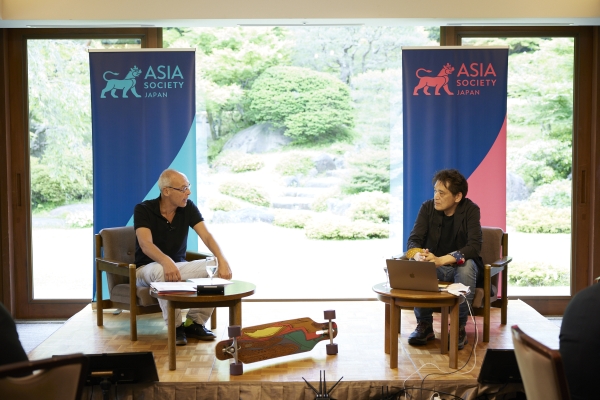 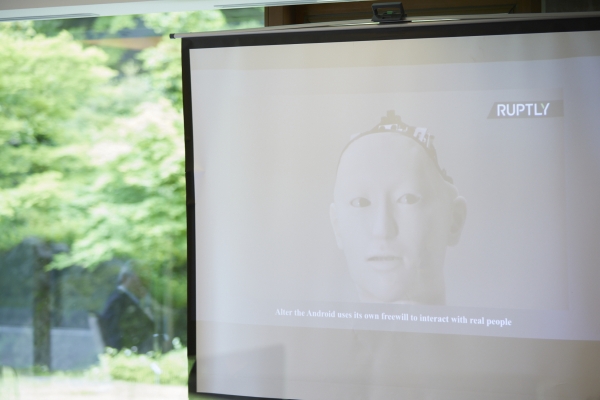 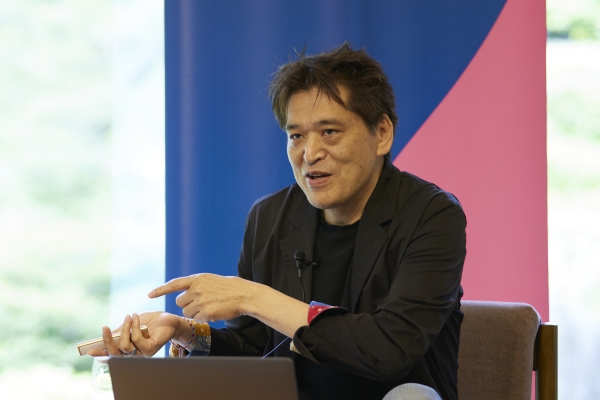 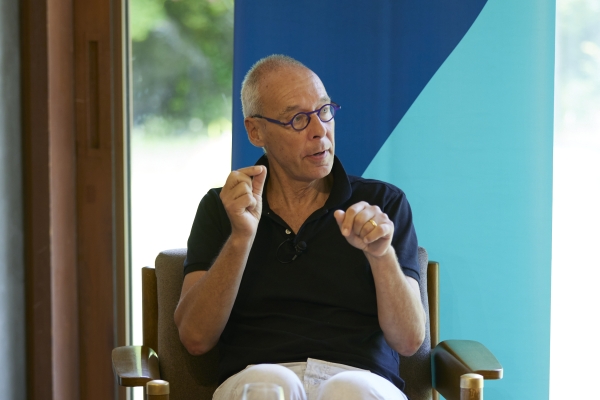 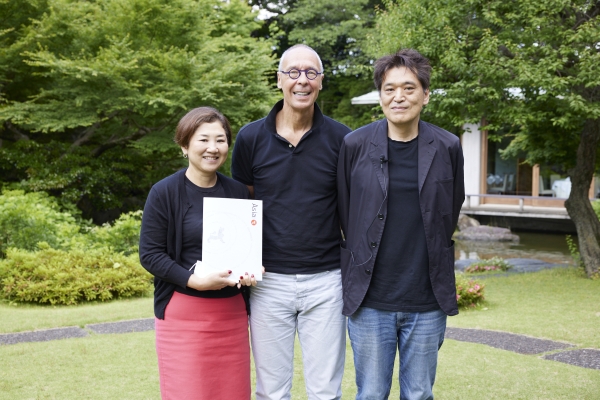 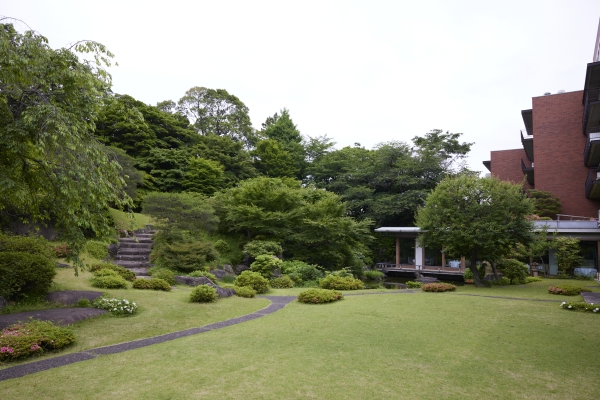 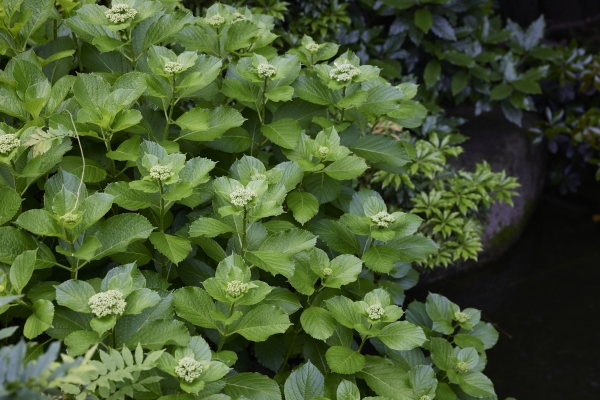 On May 25, 2022, Asia Society Japan invited one of Japan’s foremost thinkers and practitioners of AI systems, Takashi Ikegami, to discuss his research on artificial life and artificial intelligence. Ikegami explained the development of his experiments with Alter, Alter2, and Alter3 — androids with AI or lifelike attributes — and discussed the gap between human and machine intelligence as well as the creativity of machines. Jesper Koll, chair of the policy committee at Asia Society Japan, hosted the program.

Where does the mind come from?

That has been Dr. Ikegami’s obsession since his school days. What has changed is that now he uses androids and chemistry, which are more tangible than math and computer simulations. Based on a suggestion made by Dr. Hiroshi Ishiguro (Osaka University) of using a simpler system like androids, Dr. Ikegami loaded his software and computer programs onto his android to see how it would become a living system. “Alter” the android was completed in 2016. 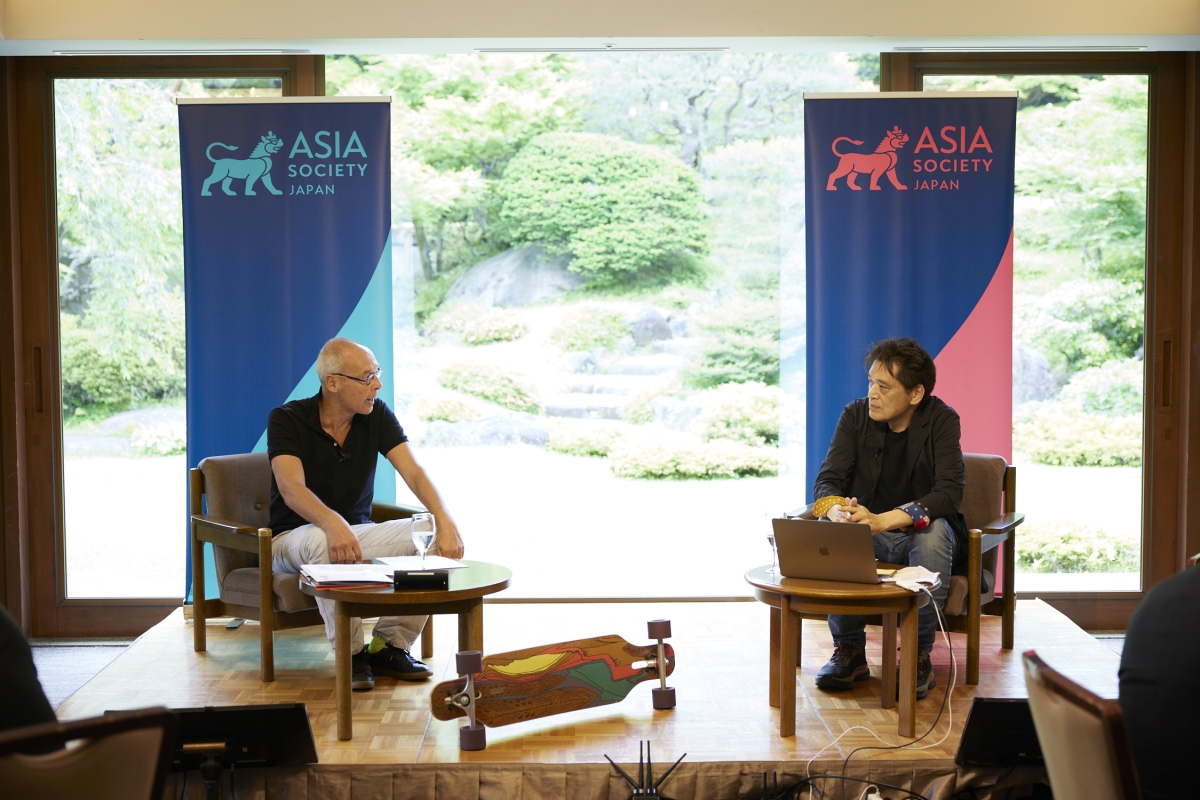 Dr. Rodney Brooks, an old friend of Dr. Ikegami, is the father of the iRobot Roomba. He had written a paper in the early 2000s that there is no life in the Roomba, saying that the robot would become alive with the right parameters or if the complexity threshold was higher. After 20 years, despite advancements in computing power, the robot is still not alive and Dr. Ikegami thus calls the missing piece Brooks’ juice.

So, what is Brooks’ juice? Dr. Ikegami redesigned the android so that it could mimic human actions. When the android imitates humans and vice versa, the movements become more accurate. When an android interacts with a human, its behavior is more complex than when it interacts with another android. The clue was hidden in the interaction between mothers and infants.

Primitive imitation originates at birth, but infants begin to try not to imitate and move guided by free will at one point when it becomes autonomous agent. Dr. Ikegami’s hypothesis is that the baby’s mind is copied or installed from the mother through imitating facial expressions and motions. It is difficult to make a mind from scratch and would be much easier if a mind could be copied from humans. Dr. Ikegami believes that if the creativity of an android originated in a human, then that creativity might be able to be transferred from android to android. He demonstrated how Alter 3 could be reactive to music and also associate with it spontaneously as a result of both reactive behavior to the environment and patterns generated by the intrinsic complexity of the artificial neuron network within it. 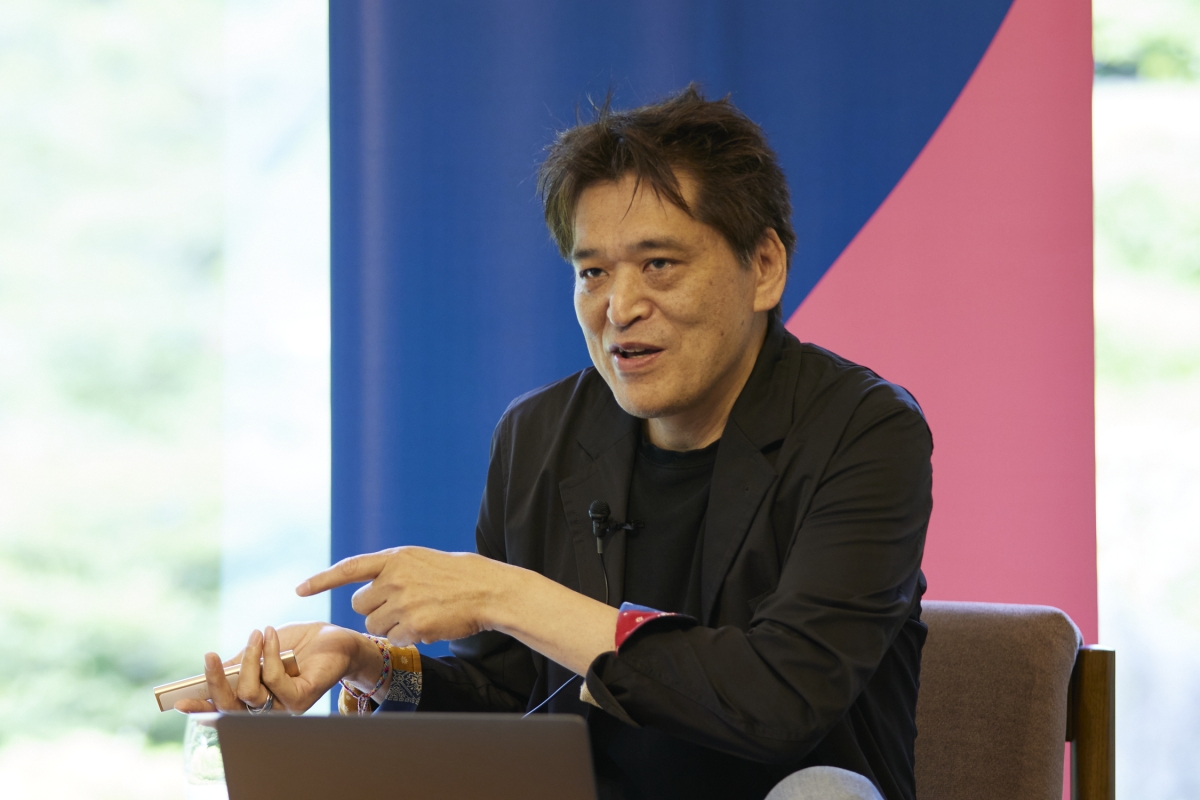 After his initial comments, Dr. Ikegami engaged in a fireside chat with Mr. Jesper Koll. They discussed how the android was programmed, including where its spontaneousness came from. They discussed the importance of non-linearity in creating deterministic but chaotic behavior. Inviting questions from the floor, the conversation dug deeper into what could be expected of a free-willed robot, including whether it could be applied for mental well-being. The different approaches among European, American, and Japanese scientists to artificial intelligence were also discussed. 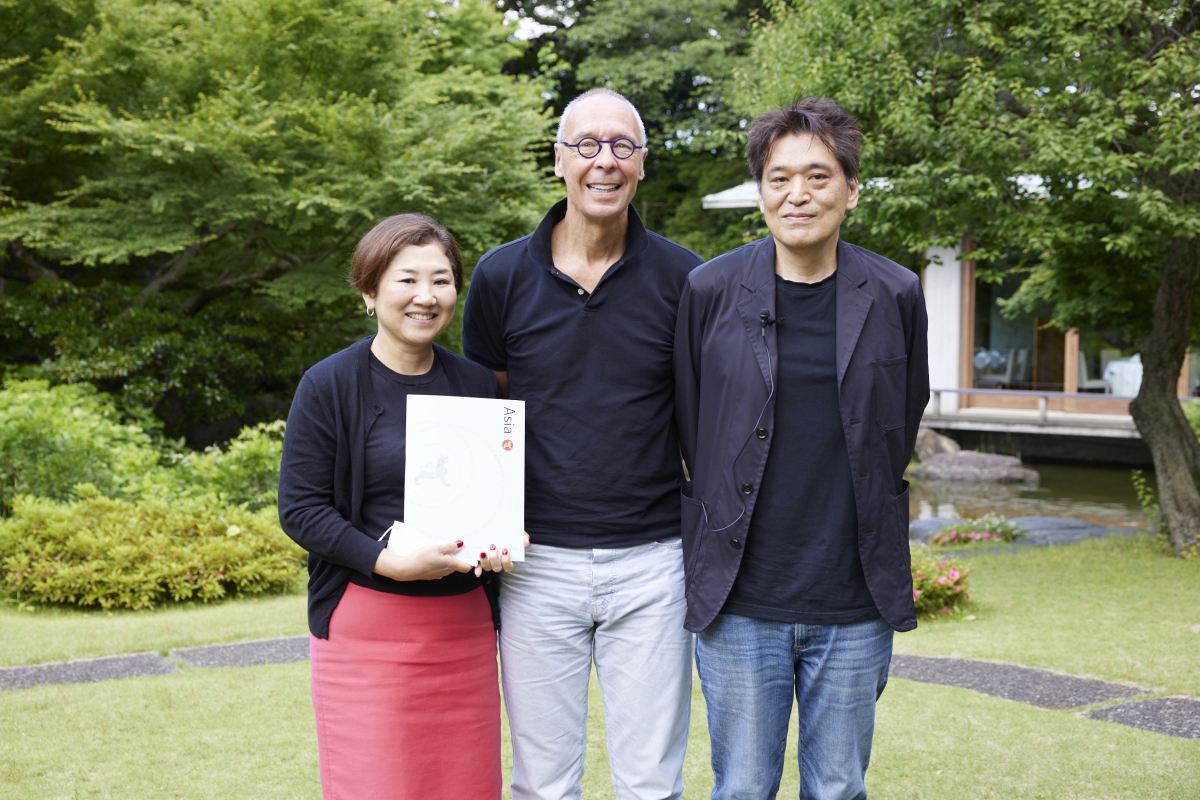