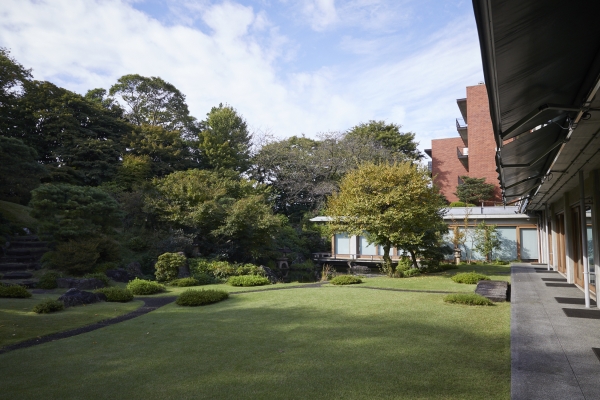 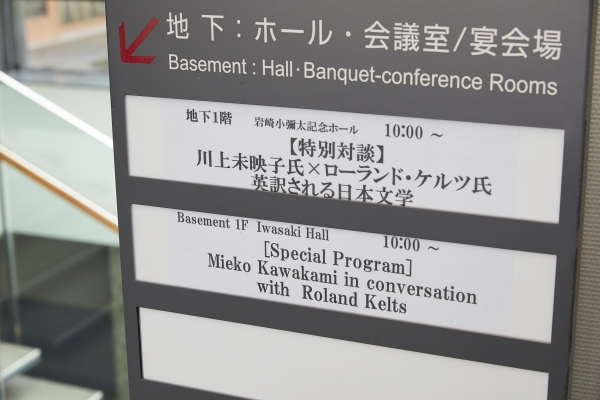 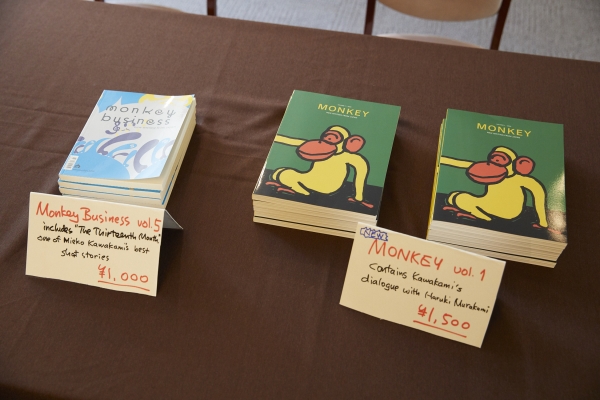 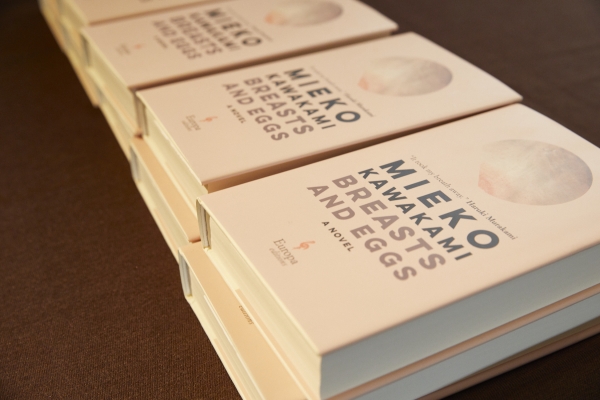 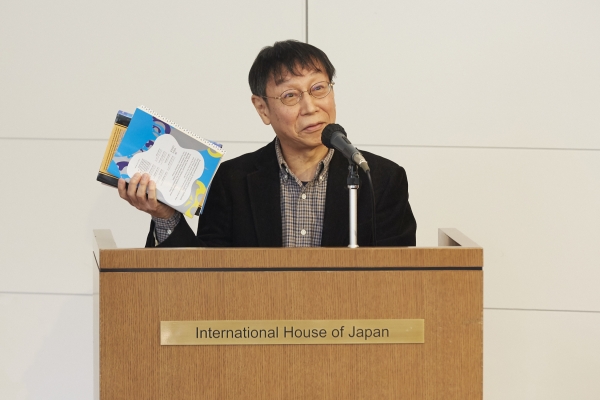 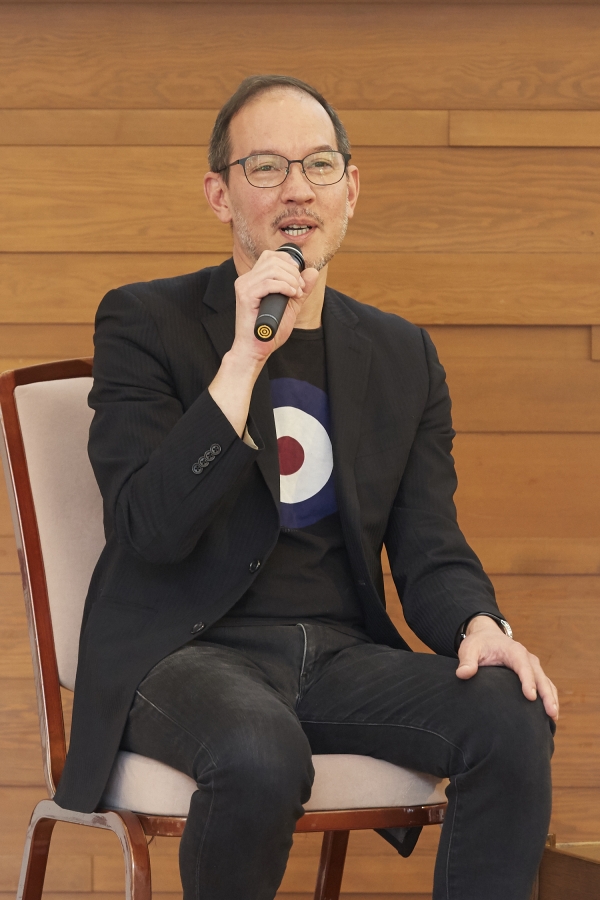 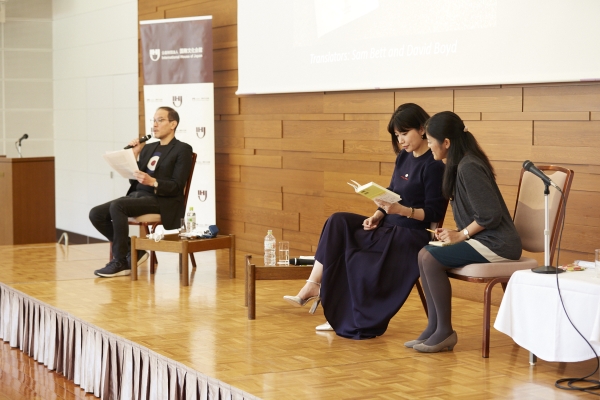 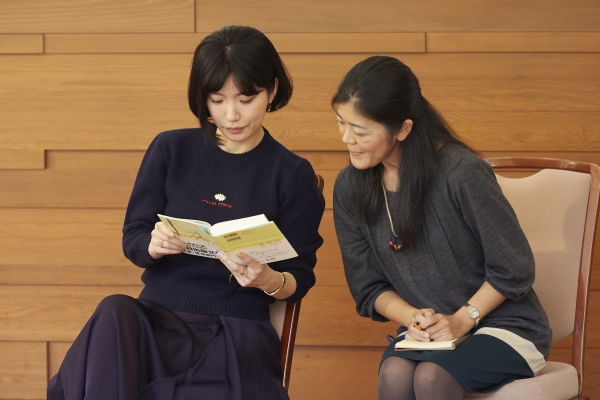 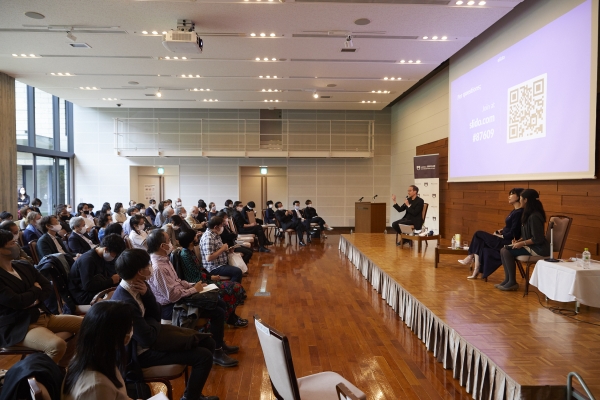 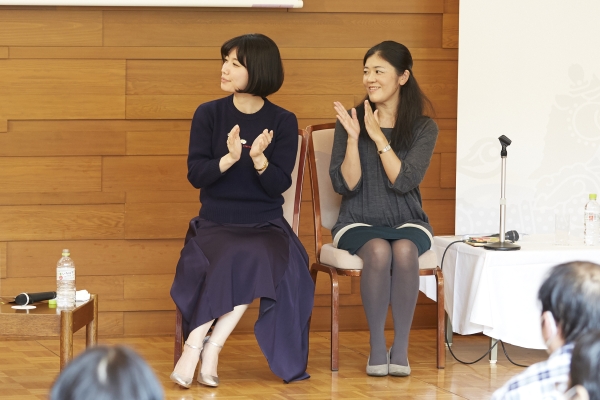 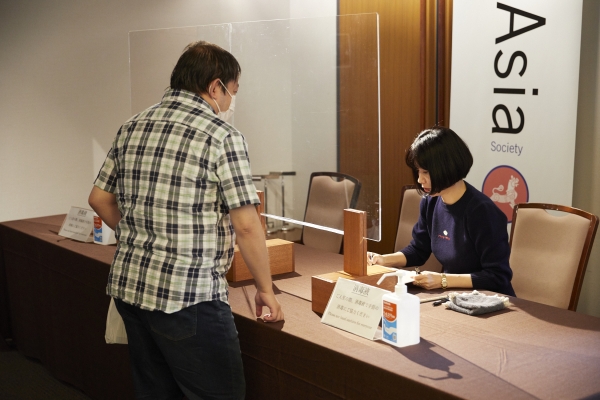 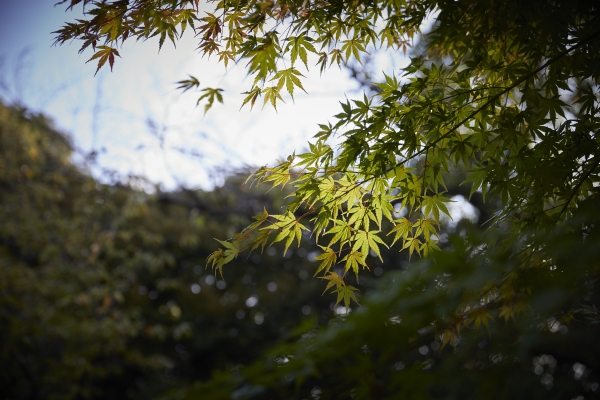 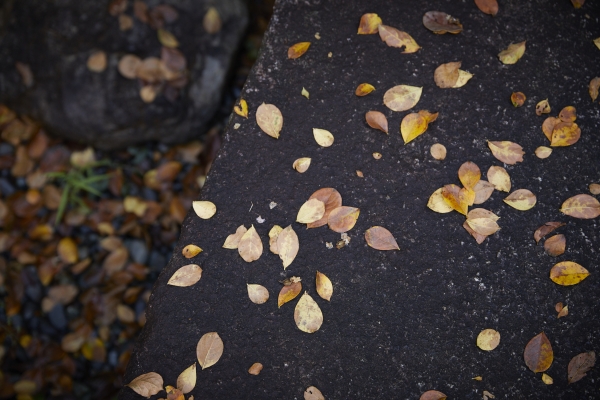 Mieko Kawakami has shed new light on the providence haunting Japanese women and has grappled with subjects that are highly relevant to many but have been insufficiently explored in literature. These themes include school bullying “ijime” and female reproduction. Another element that makes her one of the most exciting writers in Japan is the sheer liveliness of her language, its exceptional verve and versatility.

Up to the mid-1970s, literary language was expected to be highly serious and never easy until Haruki Murakami showed that literature can be eminently readable and profound if it is good. The generation following Murakami has a more playful and musical approach towards language. Mieko Murakami was one of the most striking examples, with the hilarious use of the Osaka dialect, which also creates a challenge for the average translator. Ms. Kawakami’s works have been loving translated by Professor Hitomi Yoshio, and this year, one of her most important works to date “Breasts and Eggs” has been translated into several foreign language versions.

Roland Kelts (R): I first encountered Mieko’s writing when Yuko Matsukawa translated excerpts of Breasts and Eggs soon after it received the Akutagawa Prize. I was thrilled by her voice and the energy behind it. My second encounter was with her works published in Monkey Business, including “My Baby” and “The Thirteenth Month.” The powerful opening of Breasts and Eggs is one of my favorites.

There are two big transformations in Breasts and Eggs: Makiko’s desire for physical enhancements to her body and Natsuko’s quest for artificial insemination, which are both difficult decisions emotionally and financially. How does money motivate the characters, shape their desires and frustrates them?

Mieko Kawakami (M): Born 1976, I belong to the “lost generation” that had no hope of getting a better job or making more money than our parents.

Poverty is a major theme in contemporary literature and much has been written from the perspectives of temporary and freelance workers. However, these works mainly depict the struggles with money faced by the characters after they have come of age and independent. On the other hand, Breasts and Eggs explores poverty in the 1970s and 1980s when people still hoped to become wealthy. Many of my foreign readers are surprised by the fact that not all of the Japanese population belong to the middle class and that Japanese society is also struggling with poverty, class disparities and violence. The opening of the novel grasps the reality of poverty that I wanted to depict. It depicts a class of people who fall out of any category who are poor from birth until death.

R: Haruki Murakami’s works also cover poverty but as pointed out by Mieko, roughly depicts the middle class. How have your perceptions of yourself as a writer and of this novel changed over this year, now that the book is out in translation?

M: I have the sense that I have been able to reach out to a live audience on a global scale. Fundamentally, how the novel has been read in Japan and overseas are quite similar – people have found the themes of reproductive ethics and human experience to be important.

I started out writing poetry, which is a more abstract form of writing that lays importance on the sound and rhythm of language and is not so dependent on the meaning. Now, I am realizing the sheer possibilities of a novel. Having reached a wider audience with my recent work, I am realizing that a novel can be read in so many different ways beyond what I had intended to write.

I consider myself a feminist writer, but I also believe that literature should not be a vehicle to convey my personal ideologies or political views. Novels should arouse anxiety within the reader and question the norms. I have always been fascinated by Haruki Murakami’s works but at the same time wondered what he has accomplished through his novels. “The Wind-up Bird Chronicle” has been most inspiring and I had always been obsessed with the notion that I had to “break through a wall” while in my forties. The global publication of Breasts and Eggs has eased this obsession.

R: Fiction can give the reader the experience of inhabiting another life. We often physically experience time through decay or the birth of a new body. The connection between the body and time is an important essence of the works of Mieko, who “never wishes anyone a happy birthday because it only means they are closer to death.”

M: From a very young age, I was highly sensitive to the issue of life and death. I had not intended to perpetuate this cycle, but I ended up giving birth to a child, and this has had much influence on my writing.

I have always been obsessed with the questions: What drives our actions? What shapes our judgment? What makes us happy? Ethical issues are at the root of my work and appear in my stories as different themes. The common essence is the human body, which we cannot step out of throughout our lives, but which is at the same time our ultimate other. To me, the body is a hub, and thinking about the body is equivalent to thinking about the past and the future, as well as about others, and also language, which is the other “other.”

R: Mieko is from Osaka, which has a distinct dialect, which is difficult to translate into another language. What is the Osaka personality and how does that personality come out in the dialect?

M: The Osaka mentality is characterized by the element of laughter. In grade school, you are respected by your classmates for how funny you arem and when you are in a conversation with someone, you are always looking out for the comedy element and trying to outdo your counterpart.

Another feature of the Osaka dialect is its rhythm, and it tends to sound more melodious and is spoken faster compared to the Tokyo dialect, which sounds more serious and formal. Dialects can define a person’s character,

R: Was the “sento” (public bath) scene planned as a departure from the narrative, or did it happen unconsciously?

M: That scene was included extremely intentionally. An interesting aspect of a first-person narrative is that the narrator can never articulate what she really feels or desires. I found that could still write about what Natsuko was feeling unconsciously by writing scenes where she was on the brink of falling asleep. I had been inspired by an issue of Monkey Business in which Professor Shibata featured “sleep.” I believe the moment before a person falls asleep, when consciousness and unconsciousness intermingle, to be rich, pregnant and prelingual. Although in a realism novel, we would not expect fantasies and Natsuko would never suddenly fall into a parallel world, moments of epiphany could occur. This was an important essence of the novel, so thank you for bringing it up.

After their initial dialogue, Mr. Kelts and Ms. Kawakami discussed questions taken from the floor. They shared their thoughts about digital native generations no longer reading books, different modes of expression, including audio books, and the research process that goes into a novel.