Satellite Quantum Communication and its Impact on Cyber Security (Recap) 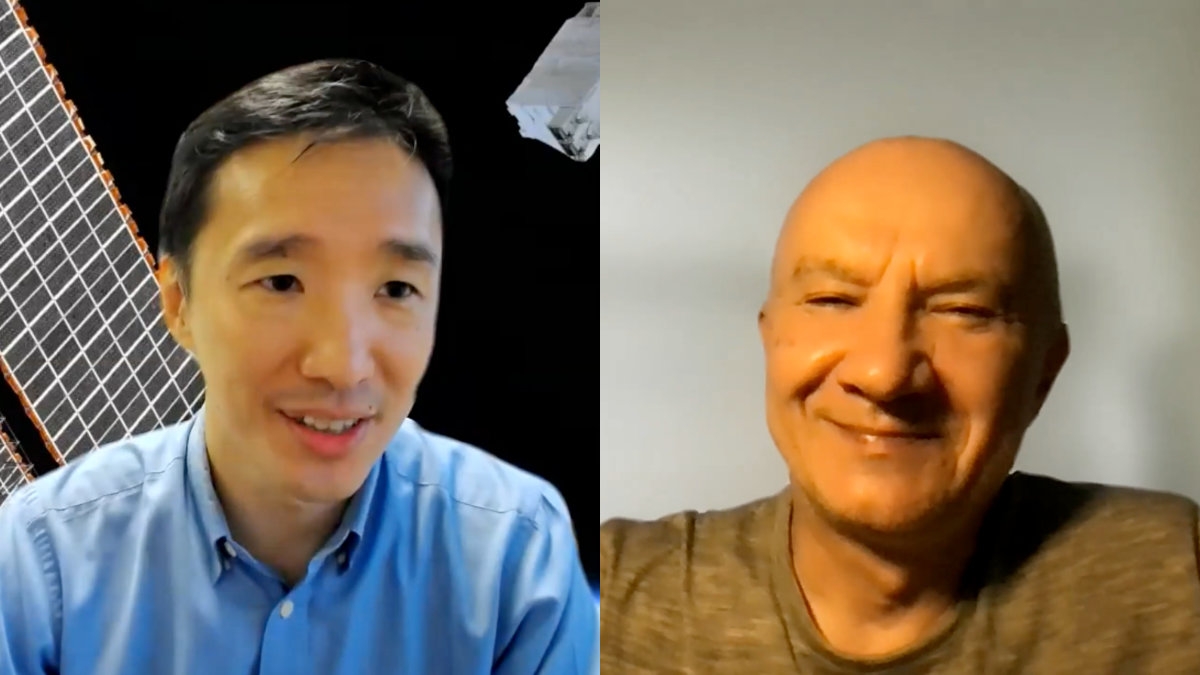 On November 9, 2021, Dr. Alexander Ling from the Centre for Quantum Technologies in Singapore, one of the pioneers in the field of satellite quantum communication, assessed its impact on cyber security. This is the first of the Quantum / Cyber Security Seminar Series co-hosted by Asia Society Japan and Okinawa Institute of Science and Technology (OIST), which aims to connect a global network of top quantum cyber security experts to the audience. The session was navigated by Dr. Artur Ekert, a pioneer of quantum cryptography.

Why should we care about quantum technologies?

How do quantum technologies and satellites actually affect cyber security? The main threat is ironically the rapid progress being made in quantum technologies. This is exciting for many applications, such as searching for new drug and simulating new materials. However, one of the challenges that the quantum computer presents to the community is that it can factorize large numbers very fast. And since our data security currently relies on the fact that a classical computer can only do this very slowly, we have built our secure communication infrastructure to be based on this difficulty. Therefore, quantum computing will eventually erode the underpinning assumptions of what makes our communications secure and private. This is why we are looking for something that is “quantum-safe.”

Given the general agreement among practitioners on the likelihood that quantum computers will be capable of breaking into our systems in two or three decades, experts are trying to find new cryptographic systems. A comparison of conventional and quantum security levels of some popular ciphers shows that commonly used asymmetric algorithms such as RSA and ECC are vulnerable to quantum computing, but advanced encryption standards that are, to a certain extent, quantum-resistant exist.

There are two ways to achieve quantum-safe communications. One approach is to use a method to distribute a secret key that uses quantum effects at the single photon level (Quantum Key Distributions, QKD). The second approach is the area of post-quantum cryptography (PQC), which is concerned with finding new algorithms that are resistant to a quantum computer. In Singapore, it is currently viewed that a future quantum secure communication network will make use of both approaches. However, one of the drawbacks of QKD technology is that it would require a fixed infrastructure to transfer quantum signals, and is thus difficult for mobile devices to accommodate. On the other hand, PQC technologies are more IoT- and mobile device-friendly and Singapore’s National Quantum Safe Network project is currently exploring an optimal combination.

Since quantum communication technologies rely on single light particles or photons, transmission losses over optical fiber is a very strong concern. Often, the secret key rate will fall rapidly after a certain amount of transmission losses. Therefore, transmitting secret keys across long distances will be a challenge, to which satellites may offer a solution. By using satellites, it might be possible to create a faster and more effective network. There are several efforts around the world today to demonstrate quantum key distribution between local area networks, that use satellites as a node for linking them.

Not all quantum cryptography schemes are equally well suited for the use with satellites and entanglement-based QKD is the favorable option when the satellite itself can not to be trusted. At the forefront of these developments is China’s Micius satellite, which was launched in 2016 and is still operational. It has successfully demonstrated the feasibility of satellite based quantum cryptography and has been used for communication between a fiber-based QKD backbone and remote areas of China. The backbone connects Beijing and Shanghai and contains trusted nodes in between. Ground receivers in Canada and Europe have also proven the feasibility of intercontinental QKD.

In Japan, the SOCRATES satellite has demonstrated the transmission of a signal to a receiver in an urban area. This implies that QKD to urban environments in possible. Singapore’s mission is unique in demonstrating optimal timing for QKD in tropical settings, often with heavy cloud cover. Another ongoing effort is bringing the same technology and capability to smaller satellites, or Cubesats. These will reduce costs and allow the building up of constellations more quickly. Telescope design has also become an active field, exploring new concepts such as putting a small quantum-capable telescope on a satellite.

Ideas for the future

It is an exciting time for us to explore how to put quantum technologies into space. With the ground networks being built we will, sooner or later, need to link up networks across the world and the best solution at hand is using satellites. Why stop at one satellite when we can think of constellations of multiple QKD satellites? Experts are now studying the best orientation for satellites to deliver the best QKD services or entanglement distribution services around the world. Other ideas for the future are inter-satellite communications or more advanced experiments involving storing information in quantum memory.