Meet the Asia 21 Young Leaders Class of 2022 from Japan 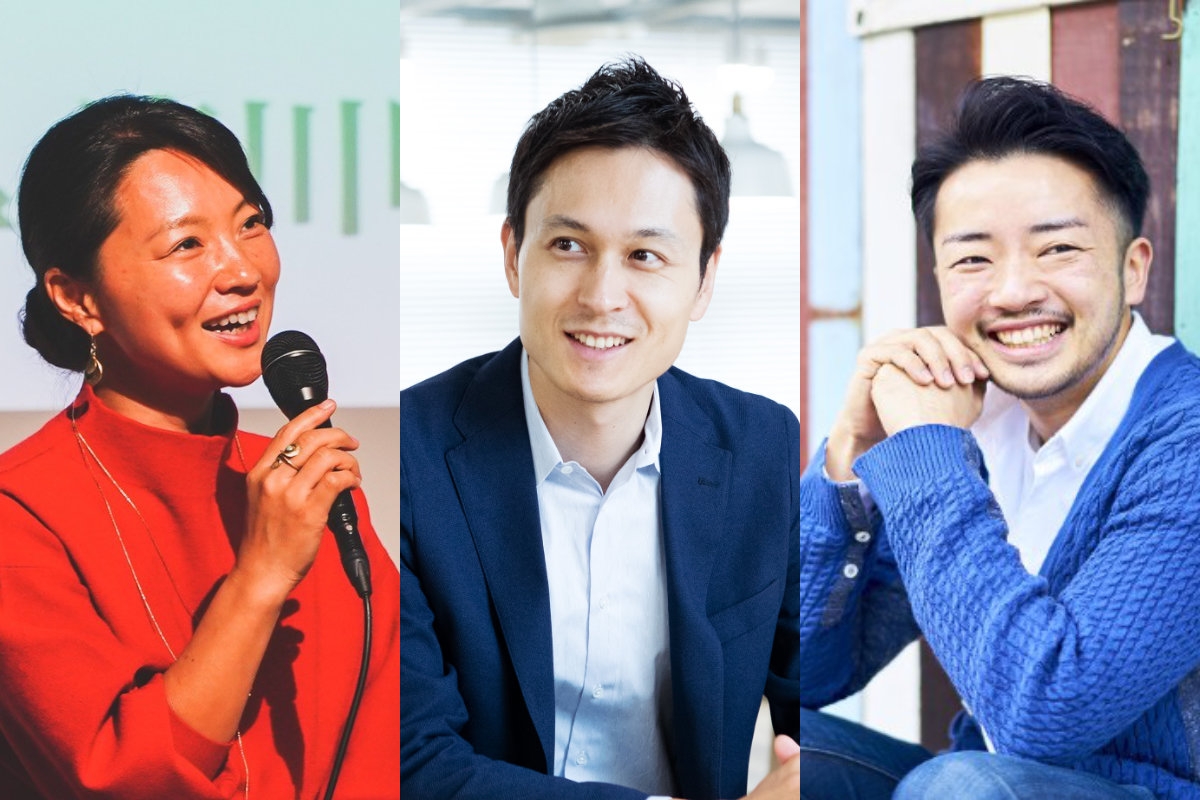 In July 2022, Asia Society announced 40 young leaders from around the world that form the class of 2022 of the Asia 21 Young Leaders Network. They join the unparalleled network of over 1,000 individuals in politics, business, arts, education, sustainability, and technology. The Class of 2022 features a diverse mix of leaders representing 26 different countries and includes journalists, human rights advocates, entrepreneurs, fiction writers, politicians, and more.

Among those 40 young leaders are three individuals selected from Japan—Aska Hamakawa, social entrepreneur and accelerator and executive director of Earth Company; Seigo Hara, founder and CEO of a health tech startup MICIN; and Fumino Sugiyama, restaurateur and LGBTQ activist and co-representative of Tokyo Rainbow Pride. Please see their detailed profiles below.

The annual Asia 21 Young Leaders Summit will resume this year with an in-person convening hosted by Asia Society Japan from December 2 to December 4, 2022. The conference, centered around the theme of “leading in a world of competing values,” will include panel discussions, lectures, and special events in Tokyo, and will feature members of the new class as well as Asia 21 alumni. Read more on the announcement page.

“Leadership comes in a million forms, and there is no one right answer — but it must come with humility, gratitude, and a genuine motivation to do good for the world.”

Aska Hamakawa is a passionate and determined social entrepreneur and accelerator. After leaving PricewaterhouseCoopers as a management consultant, her career focused on climate change and disaster relief. Her life mission is to ensure her generation passes on a promising future to their children and beyond.

With the aim to build regenerative futures, in 2014, Hamakawa and her husband co-founded the Earth Company, a Bali- and Japan-based NGO that supports “Impact Heroes” — defined as exceptional paradigm-shifting change-makers in the Asia Pacific. So far, Earth Company has funded and supported 17 projects in seven countries, reaching over 1 million people in need. In 2019, in pursuit of a truly circular regenerative business model, the couple founded Mana Earthly Paradise in Bali — a progressively conscious hotel where the more the business develops, the better the world becomes.

Hamakawa was awarded as one of the "Unsung Heroes of Compassion" by the Dalai Lama in 2014, selected as one of the "Women of the Future" by Newsweek in 2018, as well as "100 Japanese People Respected by the World" by Newsweek Japan in 2021. She now lives in Ubud, Bali, juggling work and raising four children.

"Leadership means showing a vision, igniting the innermost thoughts and motivations of each person involved, creating an environment that allows them to exert themselves to the fullest and make an impact."

Seigo Hara is the founder and CEO of MICIN, a health tech startup that provides telemedicine services, insurance, and digital therapeutics. Its telemedicine service, curon, has spread widely in the wake of COVID-19 and is currently in place in over 5,000 hospitals and clinics.

Hara has been committed to improving the healthcare system throughout his career, namely through his work at the National Center for Global Health and Medicine, Health and Global Policy Institute, and McKinsey before founding MICIN.

“Leadership means listening to small voices and speaking up for everyone. It means making suggestions rather than criticisms, taking action rather than thinking, and changing the world for the better.”

Fumino Sugiyama is a restaurateur and an LGBTQ activist. He is the co-representative of Tokyo Rainbow Pride, helping organize the biggest pride parade in Japan. As a member of the Shibuya Ward Gender Equality and Social Diversity Promotional Committee, he was part of the movement that led to the ward becoming the first in Japan to recognize same-sex partnerships in 2015.

Sugiyama, a former member of the Japan Women’s National Fencing Team, is a transgender activist. Since 2021, he has also been an executive board member of the Japan Olympic Committee. He graduated with a master’s degree from Waseda University in 2007. He is a father of two children.