[WEBCAST] Scientists’ Insights On COVID-19 —Where we are, how we got here, and where we are going? | Asia Society Skip to main content

[WEBCAST] Scientists’ Insights On COVID-19 —Where we are, how we got here, and where we are going? 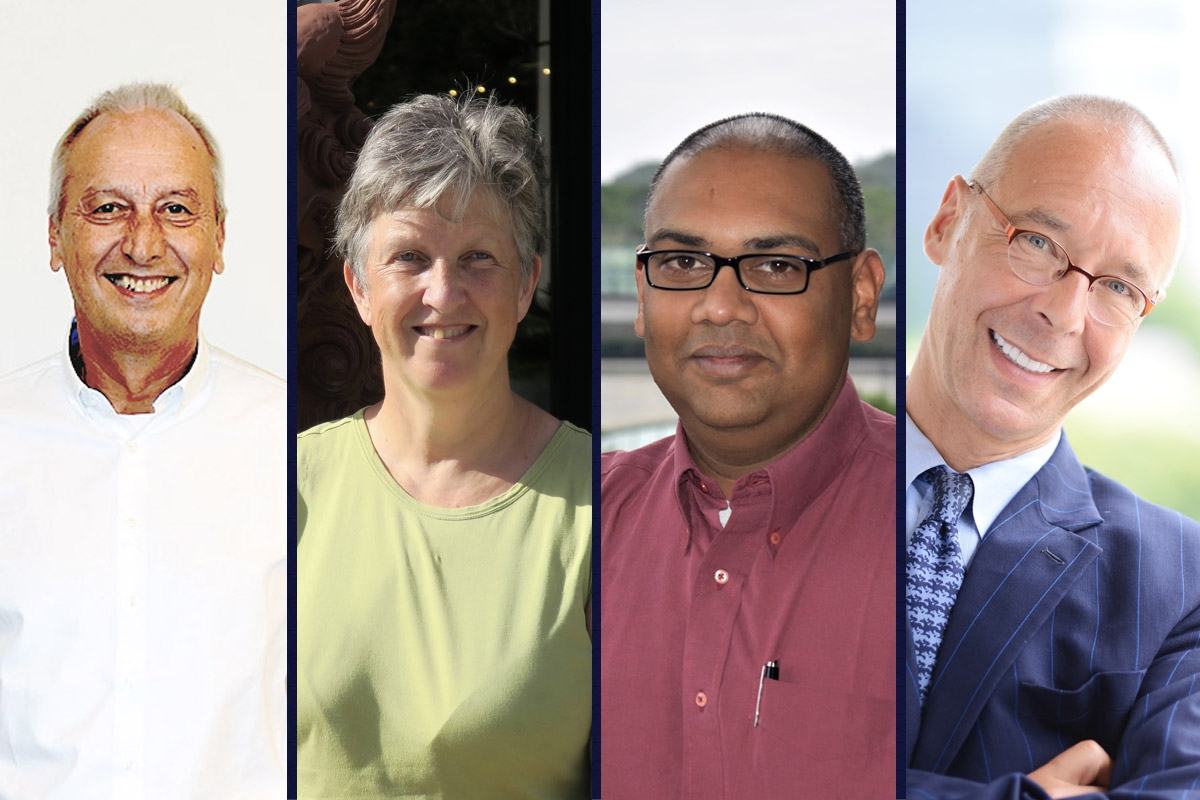 Asia Society Japan Center, The American Chamber of Commerce in Japan and International House of Japan are proud to invite you to a joint webinar where leading scientists from one of the top-ten research universities in the world, the Okinawa Institute of Science and Technology (OIST), give their expert assessment and outlook on the COVID-19 pandemic.  Presentations will be carried out by OIST President & CEO, Dr. Peter Gruss; an internationally recognized researcher in gene regulations and embryonic development, Provost, Mary Collins; an immunologist and virologist, and Mahesh Bandi; Assoiciate Professor of Nonlinear and Non-equilibrium Physics.  This session will be moderated by Jesper Koll see detailed bios below.

This webinar will offer insights into the actual science driving the virus, the potential for vaccines and treatment, as well as some assessment of potential “new normal” scenarios beginning to emerge. It is designed for senior Leaders so they may base their decision making on a more scientifically based foundation. After a 30min presentation there will be moderated audience Q&A session.

Specific questions answered will be:

Peter Gruss, an internationally recognized researcher in gene regulation and embryonic development, served as President of the Max Planck Society, in Germany from 2002-2014. Previously, Dr. Gruss was Director of the Department of Molecular Cell Biology at the Max Planck Institute for Biophysical Chemistry in Göttingen for 16 years.

Appointed in 2017 as the second president of OIST, Dr. Peter Gruss notes that “OIST is one of the most interesting initiatives in world scientific research and education.” He further adds, “The Japanese Government has a clear vision for setting up an international, interdisciplinary university that will produce the future leaders for rapidly changing needs of global research and business.”

About OIST: OIST is a unique institution. Located in Okinawa, it is an interdisciplinary graduate school offering a 5-year PhD program in Science. Over half of the faculty and students are recruited from outside Japan and all education and research is conducted entirely in English. Their mission is to conduct internationally outstanding education and research in science and technology, and thus contribute to the sustainable development of Okinawa, and promote and sustain the advancement of science and technology in Japan and throughout the world.

Mary Collins is an immunologist and virologist. From 2005-15 she directed the Medical Research Council Centre for Medical Molecular Virology at University College London, a national hub for research and training in viral epidemiology, genetics and engineering. Collins has developed viral vectors for clinical use in gene therapy and vaccination and has studied viral and vaccine regulation of the immune response. From 2009-20014 Collins was also Dean of the Life Science Faculty at University College London. In September 2016 Collins relocated to Onna-son, Okinawa to take up the role of Dean of Research, then in 2018 Provost, at OIST.

Prof. Mahesh Bandi grew up in India where he received his Bachelors' in Computer Engineering from the University of Madras in 1998. Following a two year stint in the Indian software industry, he earned his MS Electrical Engineering (2002), MS Physics (2004) and PhD Physics (2006), all from the University of Pittsburgh. Following postdoctoral terms at Los Alamos National Laboratory (2006 - 2009) and Harvard University (2009 - 2011), he commenced appointment as Assistant Professor at OIST, Japan starting Summer 2012 and was promoted to Associate Professor in summer 2018. Since 2018, he holds an adjunct appointment with the International Centre for Theoretical Physics, Italy and advises two governments on renewable energy policy. Prof. Bandi's primary research interests lie in Experimental Nonlinear, Non-equilibrium, and Condensed Matter Physics with supporting contributions in theory and numerics. His research portfolio is organized along four overlapping themes: Statistical Physics of Renewable & Sustainable Energy, Quantitative Life Sciences, Hydrodynamics, and Amorphous Media. His serious non-scientific pursuits include Japanese and Islamic art.

Jesper Koll is the Senior Advisor of WisdomTree Investments, a global asset management company and ETF sponsor. Mr. Koll has been researching and investing in Japan since becoming a resident in 1986. For the previous two decades Mr. Koll served as the Managing Director of Research and Chief Strategist for major U.S. Investment banks - J.P. Morgan and Merrill Lynch. Mr. Koll has been serving on several government advisory councils, including Tokyo Governor Koike’s Global Financial Center initiative. He has written several books in Japanese, and is a member of the Keizai Doyukai, the Japan Association of Corporate Executives.