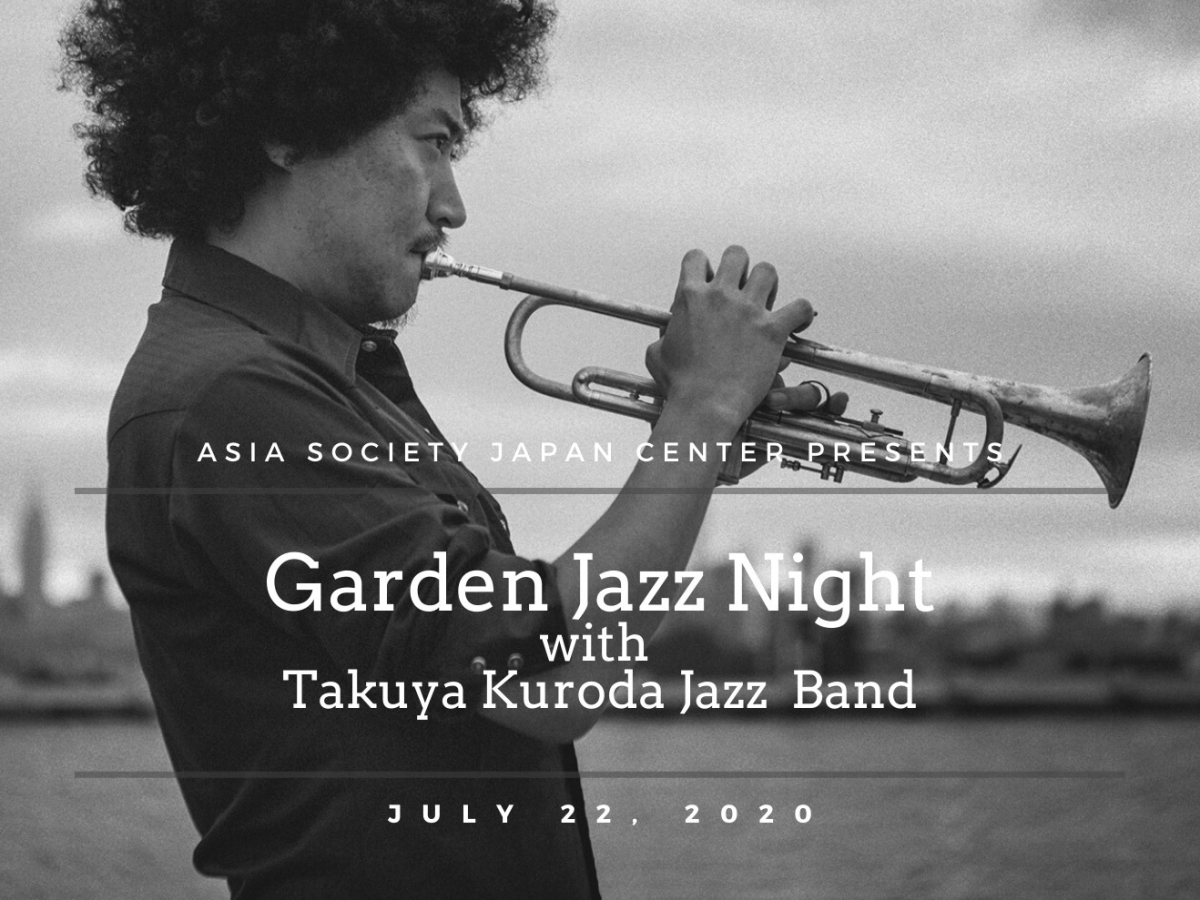 To celebrate summer, good music and friends, Asia Society Japan Center and International House of Japan invite you and your family/guest to a live jazz performance at the I-House Garden. Jazz trumpeter, Takuya Kuroda and his band will play for us in the 200 year old Japanese garden!

Kuroda spends time in both New York and in Japan collaborating with jazz legends like Jose James.  After his second album “Edge”, was released in 2011, NPR (National Public Radio) raved  him as being “ the next Dizzy Gillespie”.  His music goes beyond musical boarders and  collaborates with artists as DJ Premier, JUJU, Cero or Misia. No stranger to Asia Society, he performed at our New York headquarters after his major label debut in 2014 from the Blue Note Label.

This is a members only event, not open to the public.

Jazz trumpeter Takuya Kuroda is a forward-thinking musician with a bent toward mixing post-bop and adventurous soul-jazz. Born in Kobe, Japan, Kuroda followed his older trombonist brother into the local music scene, playing in big bands. After studying music in Japan, Kuroda relocated to New York and enrolled in the New School Jazz Contemporary Music program, graduating in 2006. While at New School, Kuroda befriended upcoming jazz vocalist José James, who invited Kuroda to record with him. Kuroda appeared on James' 2010 sophomore album, Blackmagic, and later on No Beginning No End – for which he also wrote the horn arrangements.

After graduating, Kuroda quickly ensconced himself in the vibrant N.Y.C. jazz scene, performing with such artists as DJ Premier, Akoya Afrobeat and a myriad of others. In 2011, Kuroda released the independently produced album Edge, followed by Bitter & High and Six Aces in 2012. In 2013, Kuroda signed with Blue Note Records and recorded his third solo album, the José James-produced Rising Son. Released in 2014, Rising Son featured a strong soul-jazz and hip-hop influence exemplified by the presence of several Roy Ayers compositions including "Everybody Loves the Sunshine," which featured James on vocals.

International House of Japan, B1 & the Gardens

For event details visit https://asiasociety.org/japan/events/postponed-sept-4garden-jazz-night-takuya-kuroda-jazz-band International House of Japan, B1 &amp; the Gardens