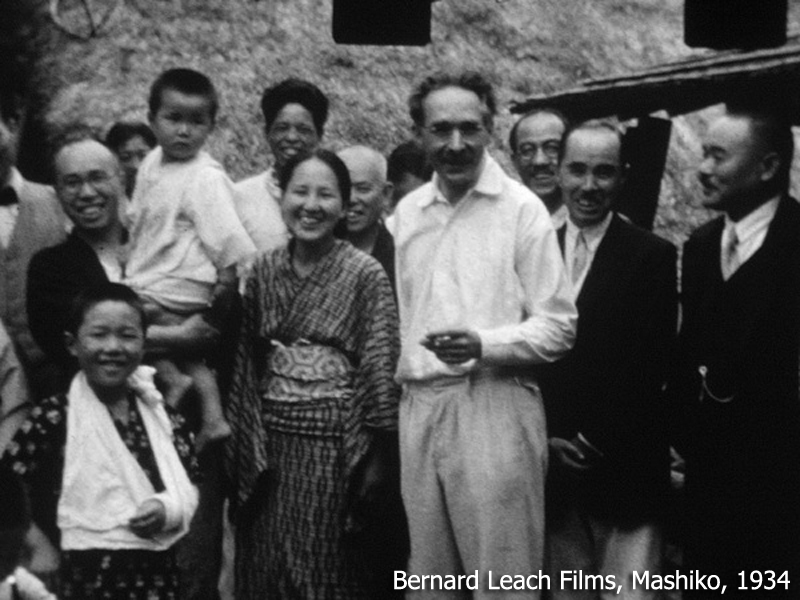 The Asia Society Japan Center, Arts Committee is delighted to invite Mr. Marty Gross, Producer/ Director of Mingei Film Archive/ Marty Gross Film Production Inc. Following Naoto Fukasawa’s introduction to the relation to Mingei and design, we now have the opportunity to view historical film footage of the creators of the Mingei Movement.

The Mingei Film Archive is an ongoing project to restore, enhance and preserve films and recordings of the Mingei Movement, Marty has unearthed footages of its ongoing legacy.  Over the past few years he supervised the restoration and digital re-mastering of a vast collection of films from Korea, Japan, the US and England, covering the period 1925~1976.

For example, he reconstructed, restored and digitally remastered interviews and footages of world renown British potter, Bernard Leach, English language interview of Hamada Shoji, or Bernard Leach and Yanagi Soetsu traveling through Japan and Korea together in 1934-35.  We now have the rare privilege to see what Leach, Yanagi, Hamada and others saw when they formed the ideas of the Mingei Movement.Marty will take us through the Mingei Movement through film and his work to archiving history, to create a fully searchable digital film archive for educational and cultural institutions.

Marty Gross divides his time between North America and Japan.

He studied pottery-making in Japan in the 1970’s and then began film making in 1974 in Toronto and later in Japan.

Over the years he has produced and directed films (AS WE ARE, POTTERS AT WORK, THE LOVERS’ EXILE), restored archival films on Japanese arts and crafts, produced documentaries and published books on the history of Japanese cinema.  He currently consults for a wide range of producers and publishers on Japanese film and theatre. His company, Marty Gross Film Productions, manages the world’s most comprehensive website devoted to DVD’s on Japanese cultural and historical subjects.