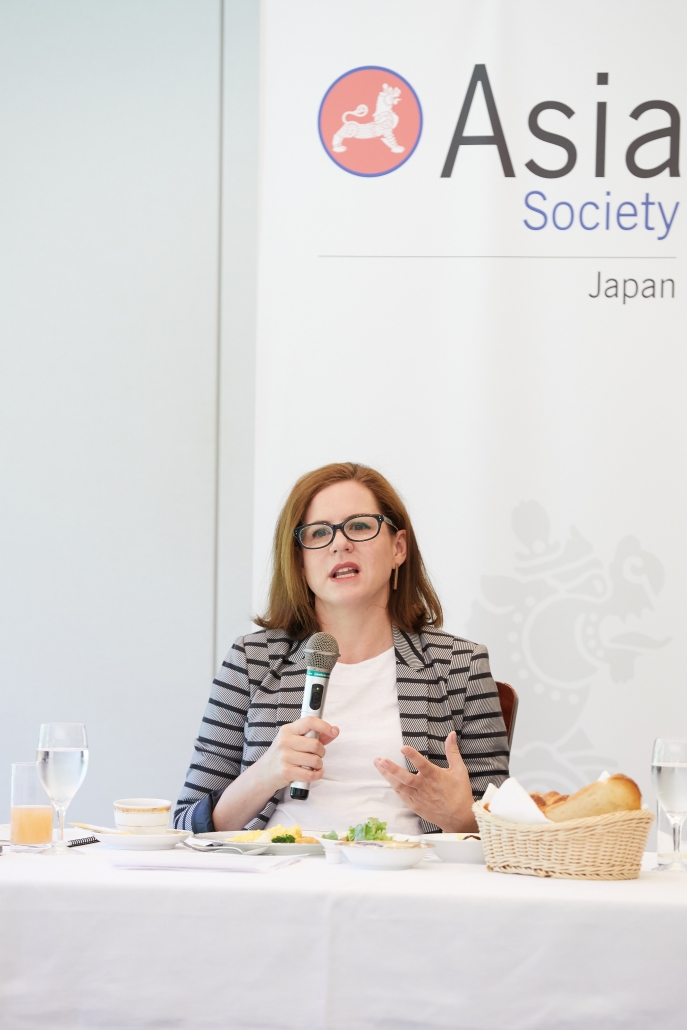 Anna Fifield is the Tokyo bureau chief for The Washington Post, focusing on Japan and the Koreas but periodically reporting from other parts of the region. She concentrates on North Korea, trying to shed light on the lives of ordinary people there and also on how the regime manages to stay in power.

She started as a journalist in her home country of New Zealand, then worked for the Financial Times for 13 years. During her time there, she reported from almost 20 countries, from Iran and Libya to North Korea and Australia. During the 2013-2014 academic year, she was a Nieman journalism fellow at Harvard, studying how change happens in closed societies.

Ms. Fifield opens the discussion by stating she is “quite optimistic” about the  prospects for the current diplomatic rapprochement with North Korea.

Fifield has been reporting on South and North Korea for a total of eight years. Starting from 2004 she was the Financial Times correspondent based in Seoul, covering the Koreas. She went to North Korea five times during the years of 2004 - 2008. In 2014 she joined the Washington Post as Tokyo bureau chief, focusing on Japan and the Koreas and periodically reporting from other parts of Asia. During her time at the Washington Post she went on two reporting trips to Pyongyang.

Fifield admits that she has been fascinated with North Korea throughout her career because the country is such a challenge. It is a “puzzle” as to how the North Korean regime has managed to survive for over seventy years closed to the outside world. Journalist such as Fifield can only hope for accurate information mainly from North Korea defectors, or from people who have visited and some information from the state media.

In the past five to six years with Kim Jong Un being in power, North Korea has significantly changed its posture to markets. Private markets were legalized in response to the famine over the 1990s and the domestic private economy began to emerge. The average states salary for an individual is $4 a month, making it critical for everyone to have a side job. For example, Fifield’s experience with a defector who was once a doctor in his country claimed that he earned most of his living by picking medicinal herbs and selling them across the Chinese border.

Although these private market changes have been tolerated by the regime, North Korea has not progressed in terms of politics. As Fifield claims the regime still holds almost all control of its people. Defectors have stated to Ms. Fifield, “if you disagree with the regime, the best option is to leave and not try to fix it,” as the punishment is severe, not only for the person but for relatives. The repression and brutality the regime has against its people has not changed.

Although the power of the regime has not changed, the leader has. As Fifield claims, Kim Jong Un is different than his predecessors. In 2011 Kim Jong Un took reign at the age of 27 years old, with only two years of training from the regime, compared to that of his father who had 20 years of preparation. Kim Jong Un carries almost opposite characteristics of his father: he is much more extroverted and bold, he takes risks and loves the attention from the public.

Kim Jong Un’s drive is for him to to be respected as a legitimate nuclear leader (to be an equal to Trump and Xi Jinping). In a sense he is similar to Trump - they both care deeply about their public image and will take bold measures to gain popularity. Fifield mentions that she is relatively about diplomacy because both leaders are ‘unorthodox’ in their respective environments, so there is a greater chance of them agreeing to bold decisions so long as they can gain foreign policy victory to gain public popularity.

With Kim Jong Un’s completion of his nuclear program, his main focus now is on improving his country’s economy by attracting outside investments. Currently he is shifting his focus to the US for sanctions relief, but this will be complicated as the international community wants complete denuclearization, which is unlikely to happen.

With the upcoming summit in Singapore, Fifield predicts that the two leaders will have to commit to a vague agreement. It will be more about the gesture as opposed to detailed agreements. Still Fifield claims that the world will be in a better position from that of last year.

Fifield said Japan is currently an “outlier in this whole situation”.

Abe is removed from the process and there may be a fear that currently Japan is left out. The North Korean regime has been trying to decrease anti-American sentiments but nothing has changed for propaganda against Japan. 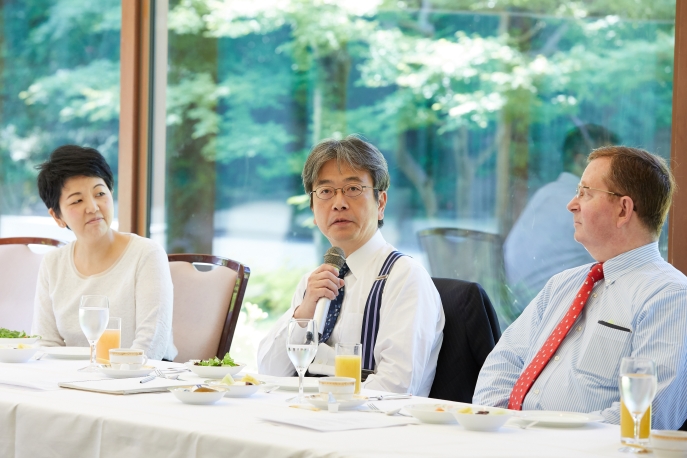 Q: What are the effects on Trump administration’s renouncement of the Iran nuclear deal?

A: Iran is a much simpler problem than North Korea. Firstly, Iran has no nuclear weapons, and secondly, Iran already has exposure to the outside world. A crucial reason why Trump abandoned the deal is because he didn’t achieve it, hence it was a “bad” deal. As for North Korea, Trump believes it could be a good deal because he’s the one to forge it. Although negotiations with North Korea and USA will be challenging due to the fact that North Korea doesn’t trust the US, they can start down this path.

Q: How is China going to influence both Korea and the US?

A: China continues to be the main external source of income for North Korea and plans to continue that way.

Q: What does the North Korea - US deal consist of in details?

A: There is currently no technical discussion on details, just a vague agreement to end hostilities, leaning towards ending the war and removing nuclear threats between the two countries. 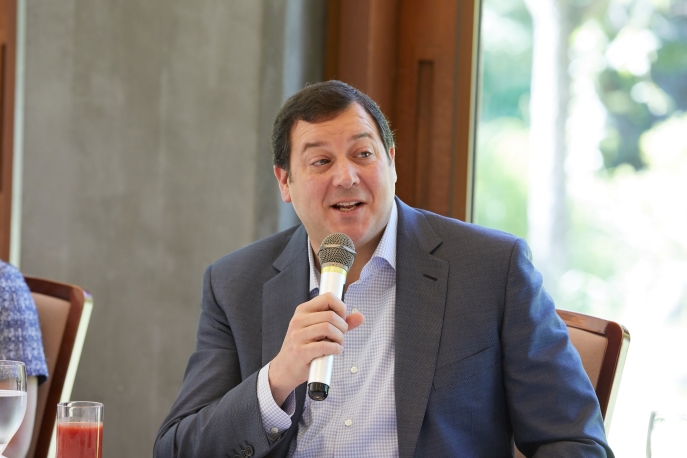 Q: What was it that prompted Trump to cancel his meeting with Kim Jong Un?

A: Trump cancelled because he was offended by North Korean officials making negative statements about Mike Pence and John R. Bolton. This only confirms that Trump is not taking any advice from North Korean experts who would have told him the statements are actually not aggressive by North Korean standards. Trump’s cancellation has only benefited Kim Jong Un, making him look more committed to dialogue, and making Trump look like the unpredictable one.

Q: What is North Korea’s stance on denuclearization in the future?

A: North Korea will not give up nuclear weapons, as Kim Jong Un is insecure without them. He needs it to negotiate with the outside world. It also serves as a domestic victory. The nuclear program is a national pride for the North Koreans, where they can say that even South Korea that is wealthier does not have it. 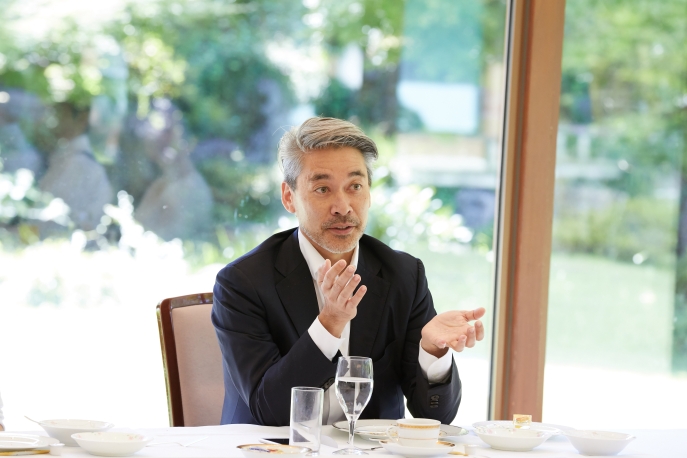 Q: Where does South Korea stand and what is their perspective?

A: South Korea wants stability. Seoul will be destroyed if North Korea were to be attacked by the US.

In response to unification, it is a generational issue with South Koreans. The older generation, people over 50 years old, are hopeful about reuniting with families that were previously forced apart. The younger South Korean population views North Koreans as foreign. They also frown upon unification as they believe they could be a threat to their current unemployment issue.

Q: Is there a chance Trump may backfire and go back to nuclear threats? Will North Koreans question their leader if he changes his stance of nuclearization?

A: There is a possibility that Trump may go back to a more aggressive approach if North Korea proves that they are untrustable. With John Bolton as National Security Advisor it can be a real issue, as Bolton is in favor of regime change.

The average North Korean will not be able to receive full information on negotiations happening abroad as North Korea continues to be an authoritarian state where the regime has power over the news. And even if they do have doubt, they have no stance to publicly question Kim Jong Un’s decisions.

Q: Will the summit lead to a change in the North Korean economy and regime?

A: It is too soon to predict what may happen, it is also questionable to what degree the North Korean economy can change while keeping its regime. If information is accessible to the general public, it would be the biggest threat to the regime.

Q: What is the relationship between North Korea and China? Why not try to depend on other nations?

A: North Koreans hate being mainly dependent on China and are attempting to diversify. They have been trying to encourage investments and trades with Russia but are failing as there is no strategic interests for Russia that China has, such as avoiding refugees. 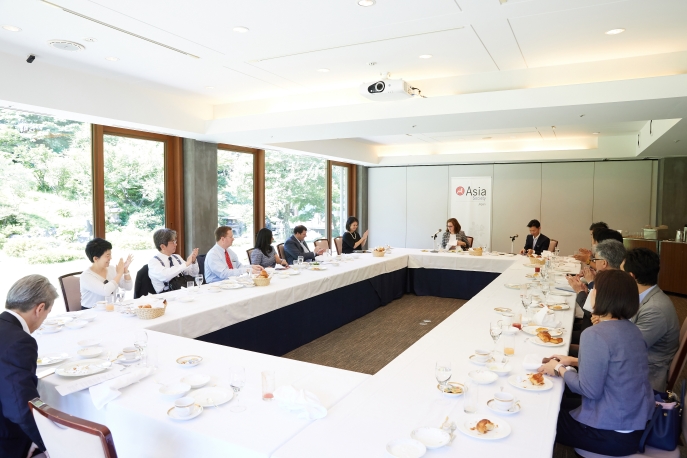