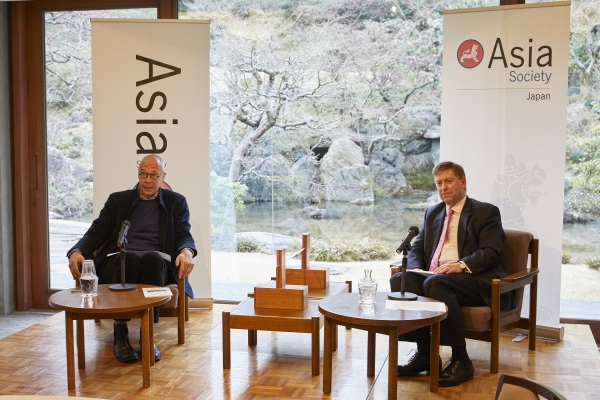 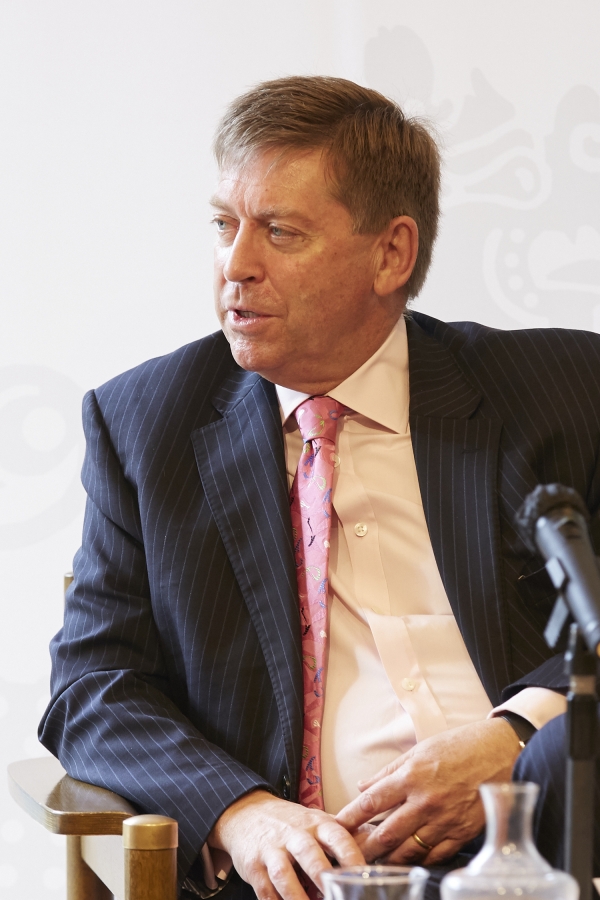 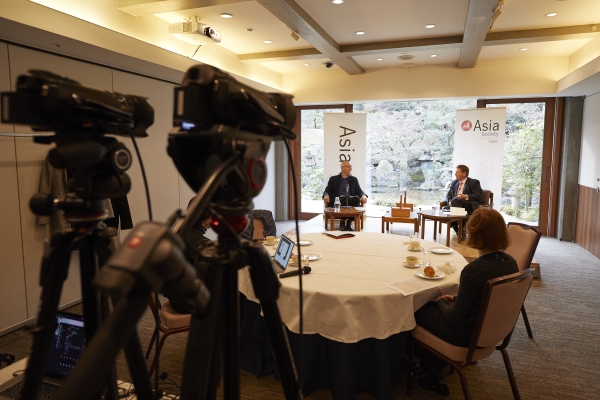 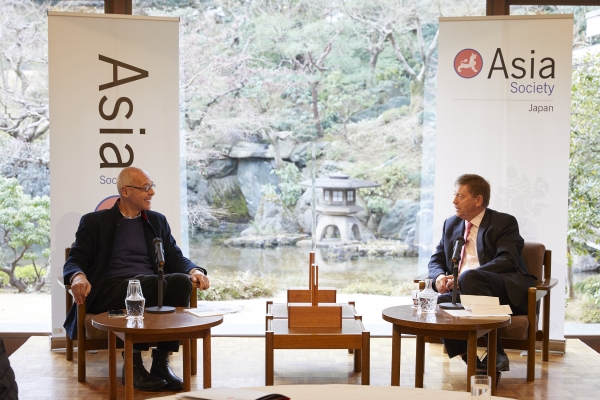 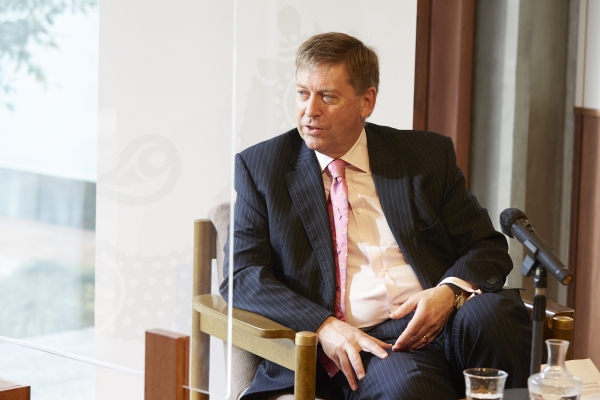 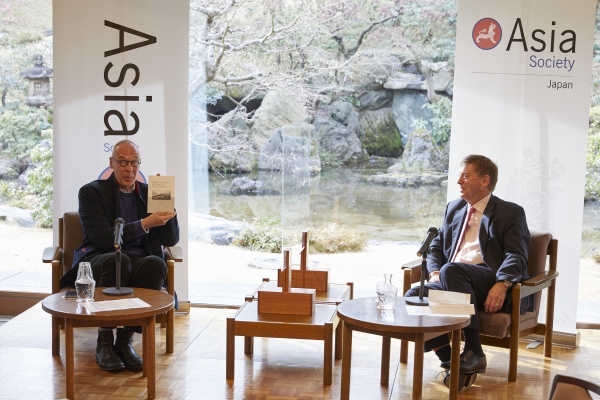 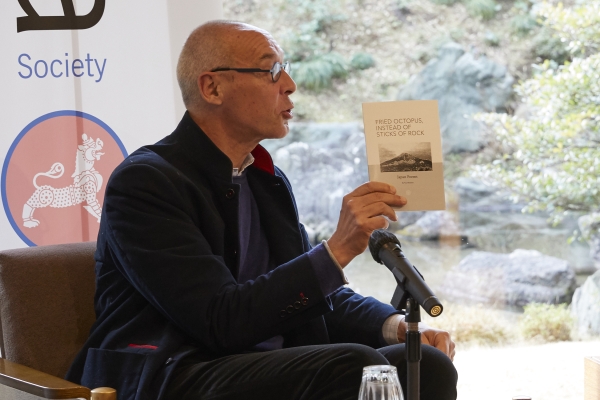 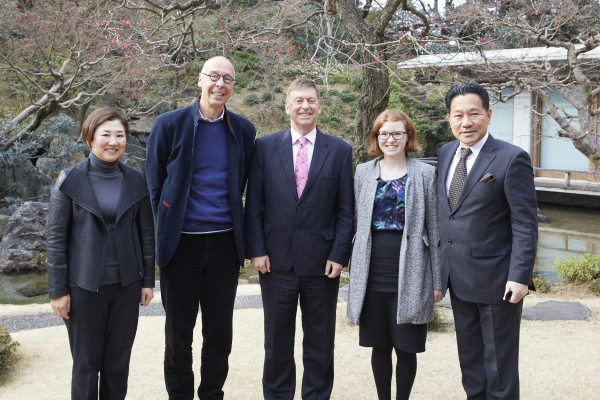 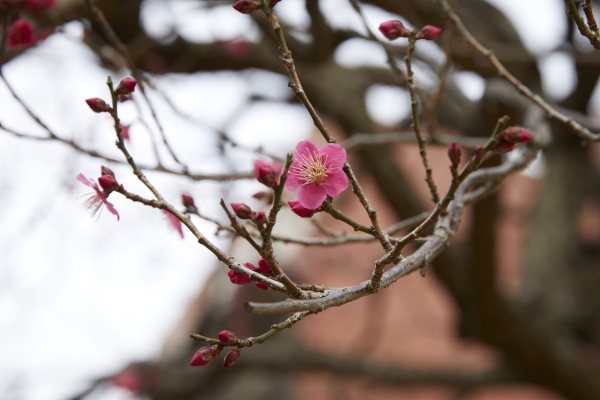 Ambassadors' Circle with the British Ambassador to Japan

Mr. Jesper Koll engaged in a fireside chat with the British Ambassador to Japan. The Ambassador began by offering a reflection of his time in Japan. Compared to the period of his first assignment in Japan thirty years ago, the bubble economy was at its peak and Prime Minister Nakasone was the only person talking about security, the regional security now looks less stable. Against this backdrop, security cooperation between the UK and Japan has been strengthened, especially in the maritime space. One of the main themes of the next UK Integrated Review will be an Indo-Pacific tilt. The UK also plans to send aircraft carrier Queen Elizabeth to Asia.

The UK also seeks more engagement in regional economic institutions, including accession to the CPTPP. Thirty years ago, Japan had been running large trade surpluses with other countries, including the UK, and trade friction was a major concern. However, the trade scene have changed today, with the UK stronger in services and Japan stronger in exporting goods. UK welcomed Japanese investment when other European countries had a more protectionist policy, and today the UK enjoys 40% of Japanese investment in Europe. The uncertainties felt among Japanese investors during the Brexit process and the minority government led by Prime Minster May have been overcome, and Japan was the first country off the block that UK concluded a trade deal with after Prime Minster Johnson took his position. The conclusion of the UK-EU trade agreement last year has reassured Japanese companies of their continued major presence in the UK.

Japan has dealt with COVID-19 relatively well compared to other countries around the world, owing to its government policy, social behavior and public health system. In the UK, the pandemic has had a significant impact on economy and how people live their daily lives. However, the story is starting to look more positive given the number of vaccines produced and their rollout. The top group of the most vulnerable have already been vaccinated and vaccines will be provided to the developing world through international donor initiatives like GAVI. The major vaccine produced by Oxford University and AstraZeneca is an excellent example of collaboration among business, science and the government, as the exchange that took place among scientists, commissions and politicians has demonstrated the importance of humbly learning from each other. Losing 100,000 lives has been a strong incentive for the UK to deliver the vaccine to the people and has been a driver for regulators, industry and academia to work closely together. The national health system has also been supported by many volunteers.

The UK has also been a prominent player in the battle against climate change. It has been one of the most active countries in legislating on removing carbon from the economy, not to mention its recent announcement of a ban on the sale of new internal combustion engine vehicles effective from 2030 and a ban on hybrid cars from 2035. The UK was obviously delighted with Prime Minster Suga’s announcement of Japan’s commitment to net zero. The UK would like to see more ambition in the process of reaching the goal and would also like to see Japan moving away from coal in terms of both domestic use and building and financing new projects around the world. COP26, to be hosted in Glasgow in November promises to be a great opportunity for the world to move forward with enhanced ambition to meet its commitments under the Paris Agreement.

The UK will also be hosting the G7 meeting in June, after a long period of world leaders not being able to meet in person. In addition to the focal themes of climate, health and rebooting the global economy, the UK seeks to emphasize how open economies and democratic systems can lead the way in driving these issues forward.

After the Ambassador’s initial comments, Mr. Koll engaged in further discussion with him on China’s role in Asia. China’s rise to economic and political influence is a given fact now and the UK shares a similar view with Japan that it does not seek to contain China but hopes that it will play a significant regional role to make sure the global system, including those on climate change, are functional. China also presents a huge economic opportunity. Yet, the UK is ready to speak out when the Chinese government is not conforming to international standards, as seen in the recent developments in Hong Kong and Xinjiang.

The UK and Japan share a dense relationship, including informal relationships among technocracy and bureaucracy. However, Japan’s relationship with China is not building up in the same way. Mr. Koll and the Ambassador agreed on the importance to have a level of people beyond the experts who have knowledge of the region. It is important to build on the images and experiences held by the young people, including students who come to stay in Japan for a longer time than tourists. Interpersonal relationships with China could be stronger, as it is unfortunate that we cannot count many politicians or normal people who know China well.

The UK is returning to developing a more significant presence in the Asian region as it increases its geopolitical and economic importance. We live in a more globalized world where we are more interdependent on each other. It is good that more people fear and voice the concern about rising instability in the region as a result of China challenging traditional powers, as it makes it less likely to happen. COVID-19 has demonstrated that we are all face similar problems and we all need to be part of the solution.

Welcoming questions from the audience, further discussions covered how global issues are increasingly affecting domestic politics in the developed world, cultural exchange amid COVID-19, urban developments and social impacts in Tokyo in relation with the Olympic Games, whether alliance among the UK, the US, Japan, and Australia can or will provide a balance to Chinese influence in the region, Japan’s potential relation with the Five Eyes, Japan’s increased competence in playing a significant role in international frameworks over the past two decades, and the Ambassador’s personal impressions of Japan, including his Twitter campaign on 39 favorite aspects of Japan.

Further reading: Paul Madden (2021) Fried Octopus Instead of Sticks of Rock - a collection of the Ambassador’s poems about favorite places in Japan.