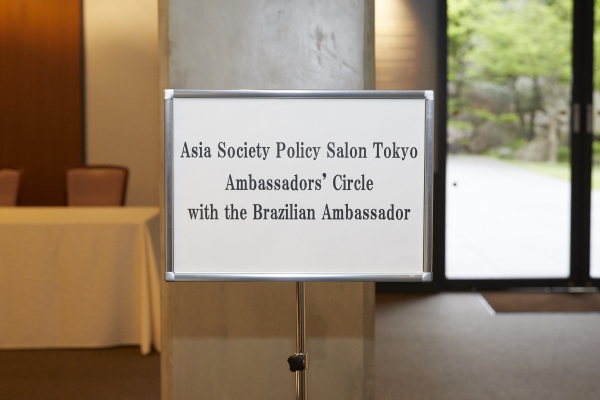 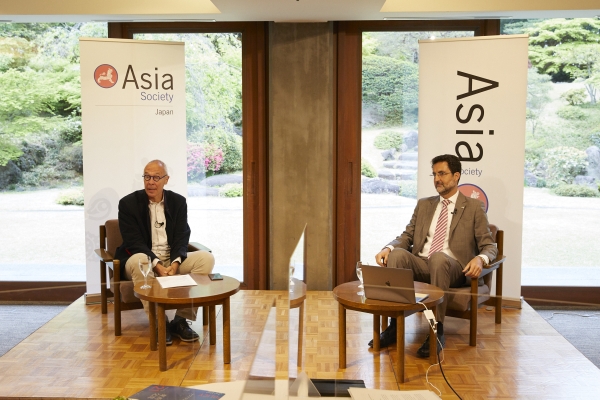 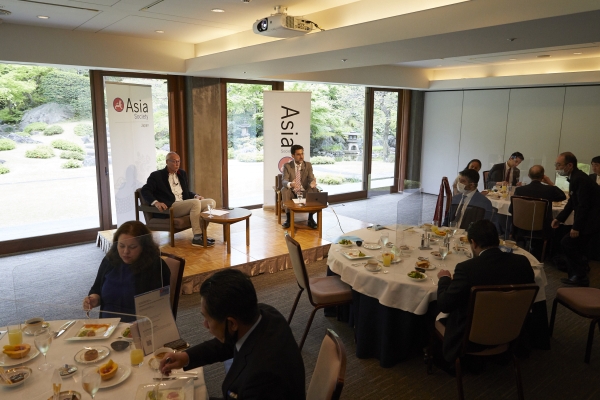 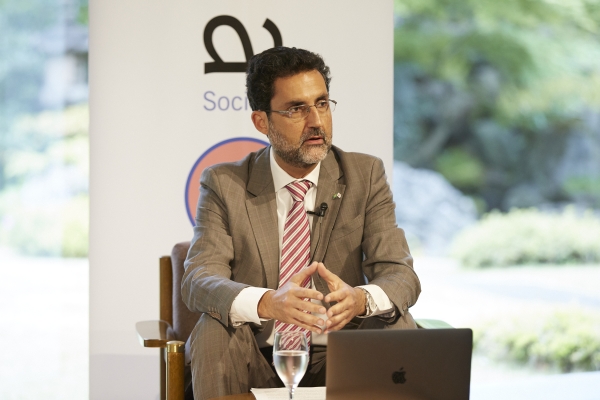 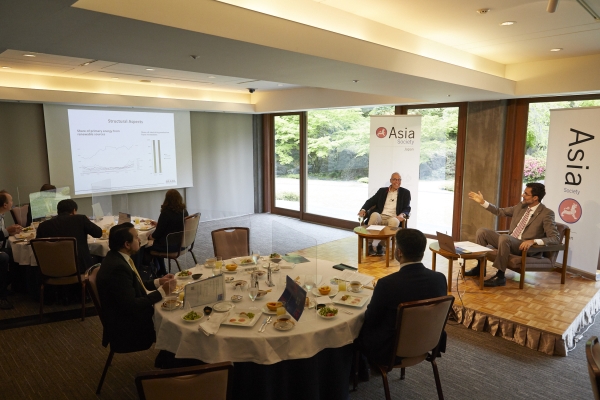 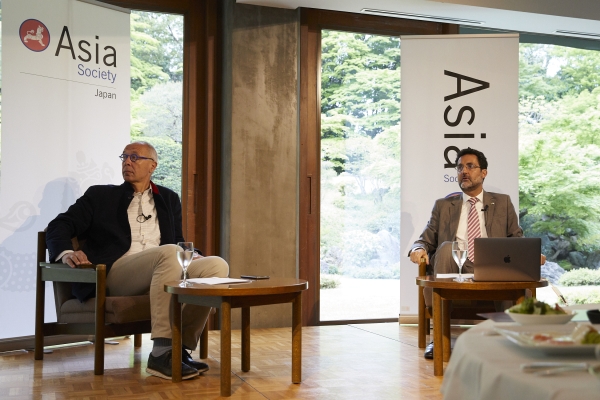 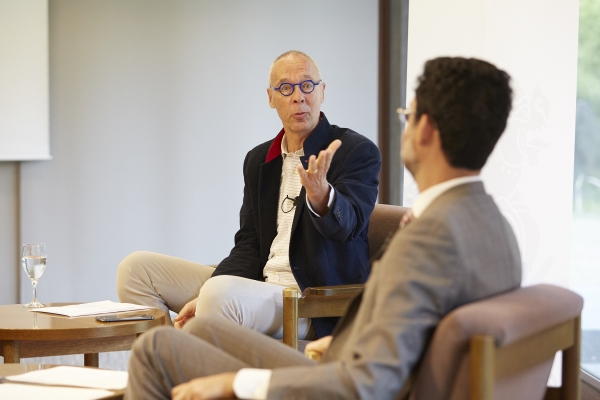 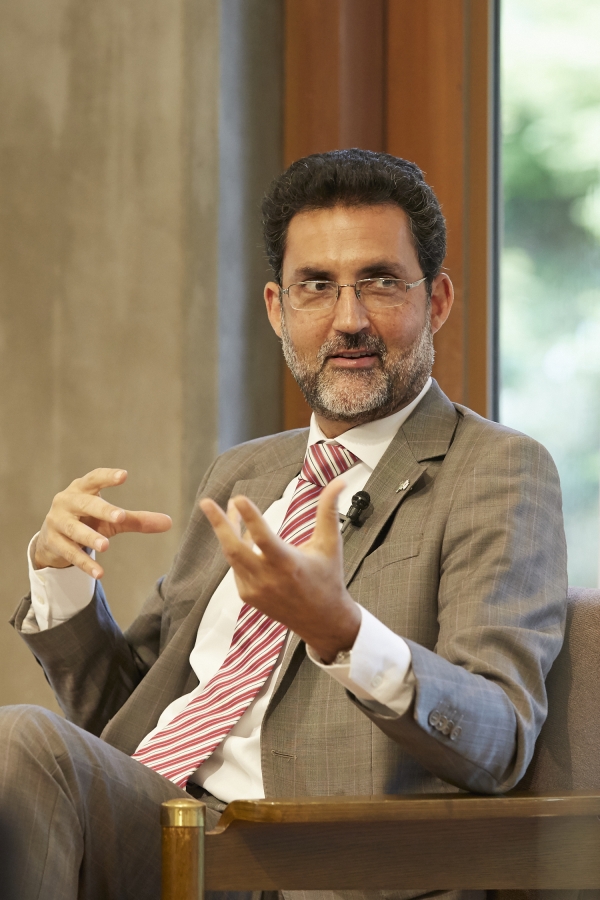 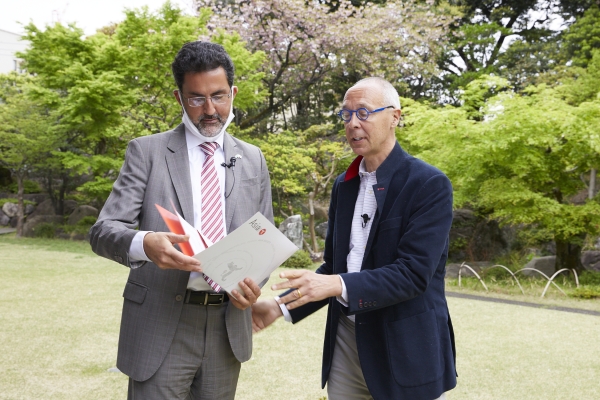 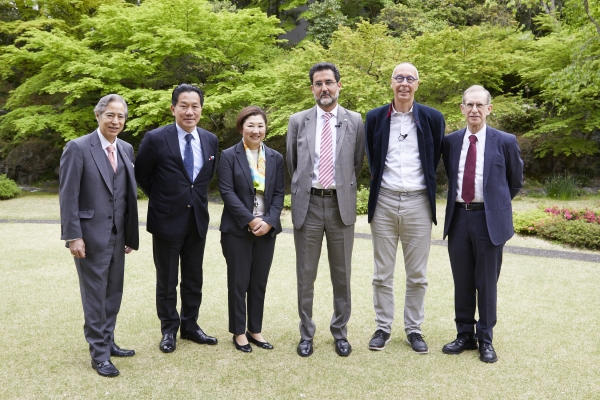 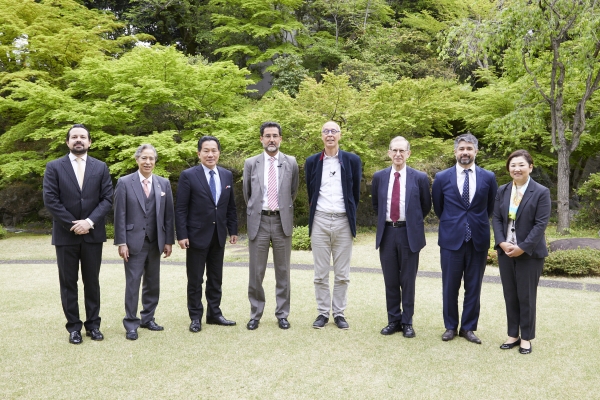 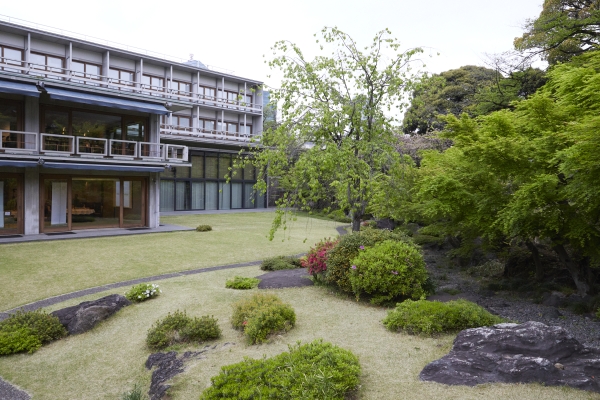 Ambassador of the Federative Republic of Brazil

Being far away from Brazil gives the Ambassador a wider picture of his country. What is Brazil? Where is it headed? How does Japan-Brazil relations fit into the picture?

Introducing statistical aspects of Brazil, he highlighted three points. Firstly, Brazil ranks high globally in all classical factors of production, land, capital and labor. Secondly, Brazil has maintained peaceful relations with its ten neighboring countries for 150 years. Thirdly, Brazil is an agricultural superpower with the least subsidies and the least area of land dedicated to agriculture. Its agriculture is supported by extensive research and technology, and makes it a reliable global food supplier. This global scale agriculture coexists with small-scale farming which supports domestic food security.

How Brazilians live has also improved significantly over the years, supported by macroeconomic stability, which has been key to Brazil’s policies. This was notably all achieved in a democratic environment, but Brazil has yet to resolve many challenges, including inequality, violence in urban areas, and the pandemic, by which Brazil has been hard hit. Brazil is on track to overcome the pandemic; only four countries have administered more vaccines than Brazil.

How do we look into the future? Once Brazil has conquered the pandemic, it hopes to work on what had been underway before COVID-19. On the external front, Brazil hopes to negotiate a trade agreement with Japan and seek full membership of OECD in order to align their policies with the best world-class policies. This will have a positive impact on promoting a good business environment and dealing with other challenges. As highlighted by the Brazilian foreign minister, climate change will be a prioritized concern in the post-COVID world, as people have learned from their experience with pandemic that Brazil needs to be ahead of time in their solutions.

Brazil is also hopeful that it will be able to seize opportunities in renewable energy, not only for their clean energy needs and energy security but also for Japan and other countries. 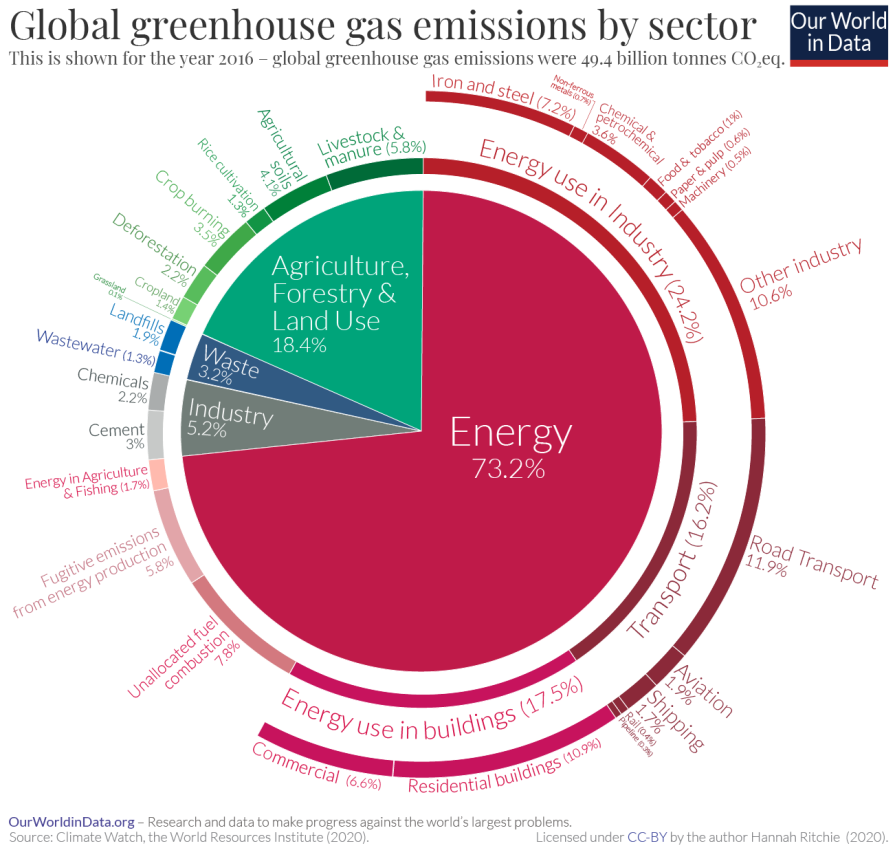 Brazil’s energy mix has a large percentage of renewable energy, with 80 percent of its electricity sourced by renewables, compared to the world average of 25 percent. It is therefore is well prepared to deal with the climate change challenge. This also makes its exports cleaner. 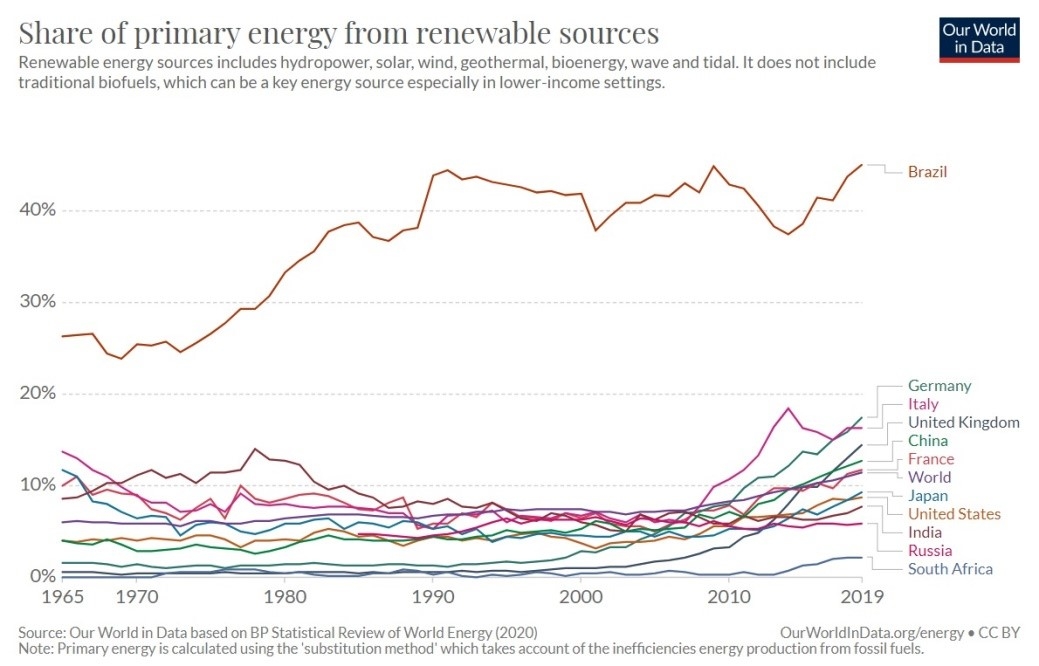 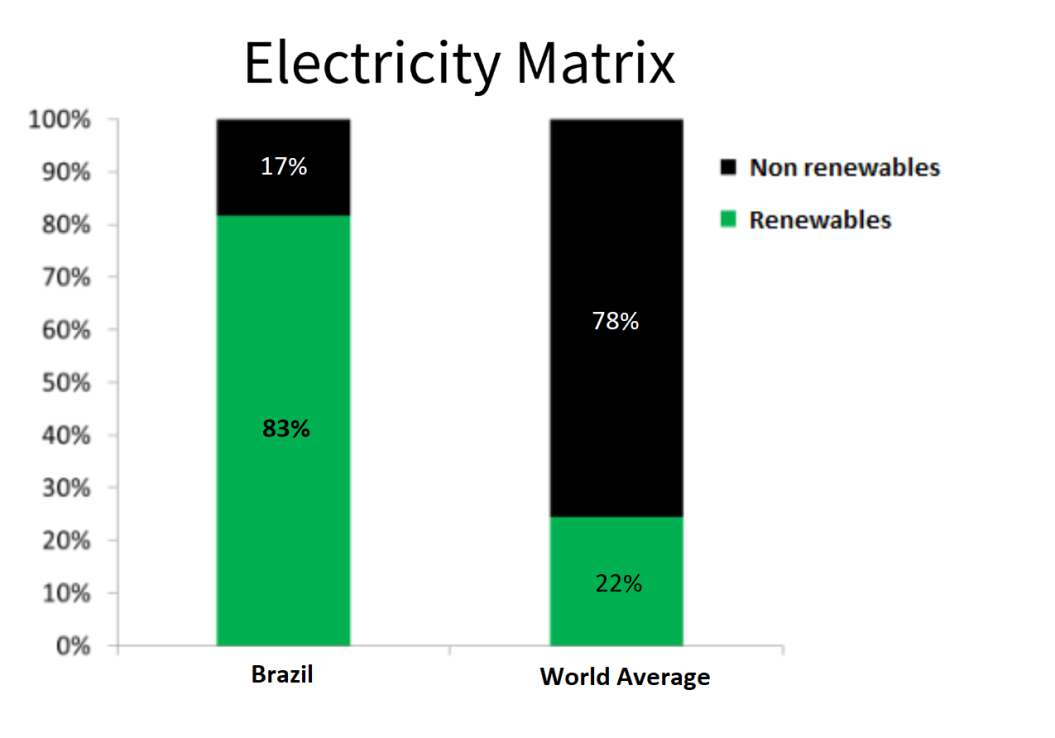 Brazil has the largest Nikkei population in the world. Brazilians have the fifth largest foreign community in Japan and constitute the largest school age foreign community in Japan next to the Chinese. Brazilian leaders have historically always supported Brazil-Japan relations. However, while there is consensus across the political spectrum that Japan is an important partner, only 2 percent of Brazilian trade is with Japan, which is the sixth largest investor. Brazil has a better record with China, Vietnam and Korea, and hopes to further its economic relations with Japan.

Japan has negotiated trade agreements with many other countries to secure agricultural imports and Brazil wishes to be part of the picture. Brazilian agriculture has Japanese DNA; for example, Brazil has many Nikkei coffee growers. Brazil looks forward to becoming a reliable food supplier and green energy supplier to Japan.

In conclusion the Ambassador highlighted three takeaways. First, Brazil will overcome the COVID-19 pandemic. Second, Brazil is well-positioned toward the post-pandemic world, with a diversified industrial base, a large consumer market, competitive agriculture and green energy, and a good track record in economic growth. Third, Brazil wishes Japan to be part of its post-pandemic picture.

Following the Ambassador’s initial remarks, the floor was invited to join the conversation. Issues covered included the factors hindering the further development of Japan-Brazil trade relations, Brazil’s relations with the U.S., educational exchange, the political presence of the Nikkei community in Brazil, navigating trade relations with different countries, challenges in pursuing Brazil’s climate goals, potential green energy solutions to work on with Japan, geopolitical issues concerning the protection of sea lanes, and the element of Brazil’s success with the Rio Olympic Games.