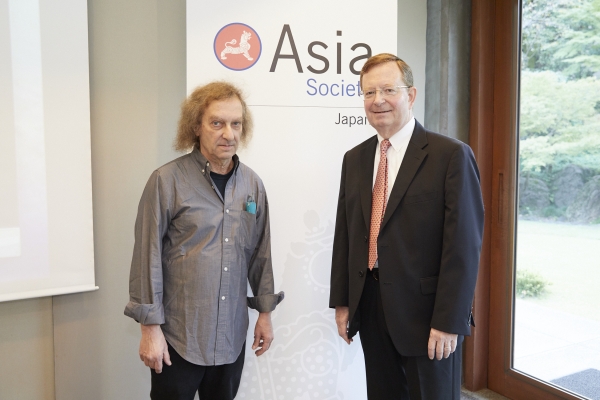 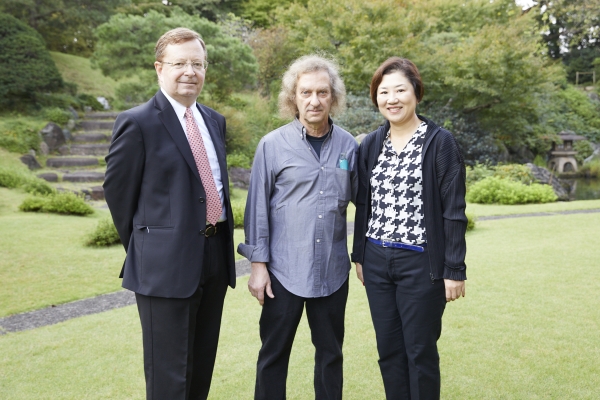 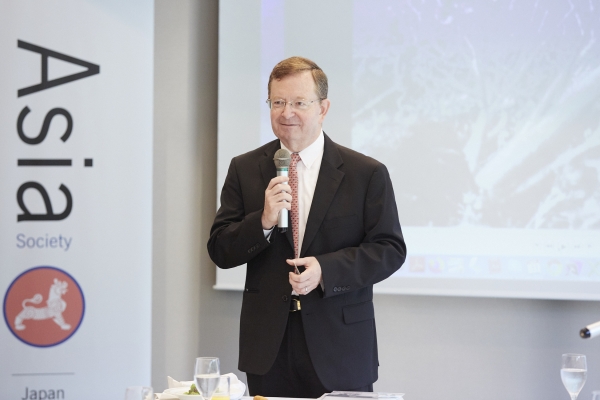 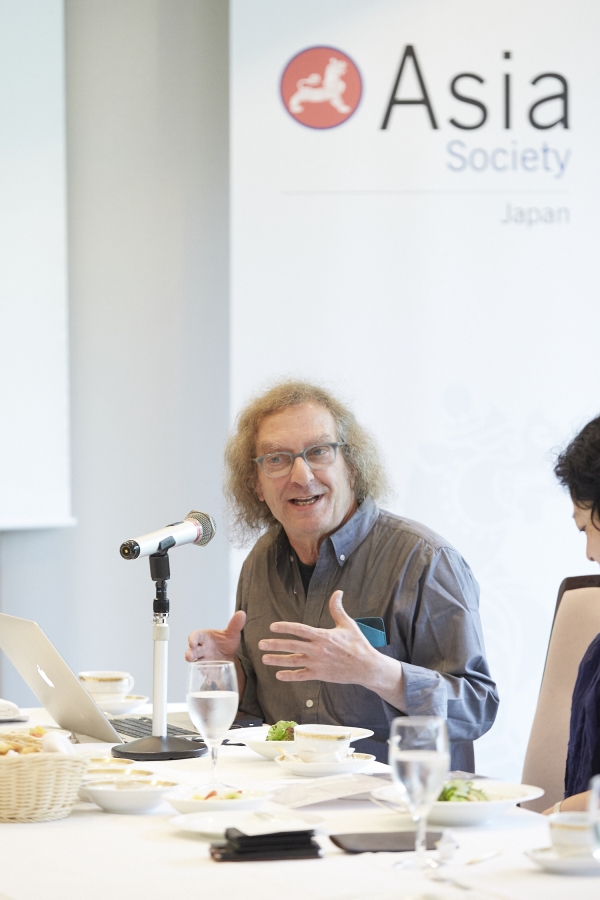 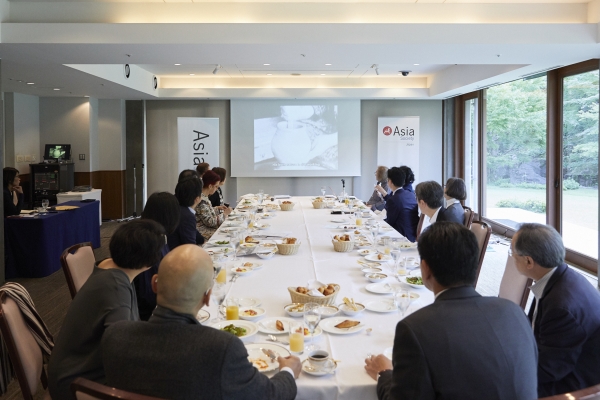 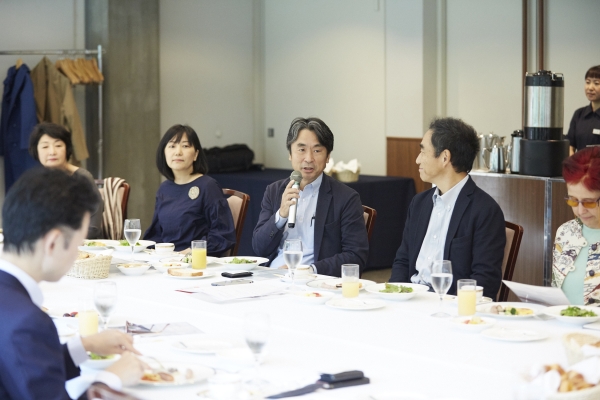 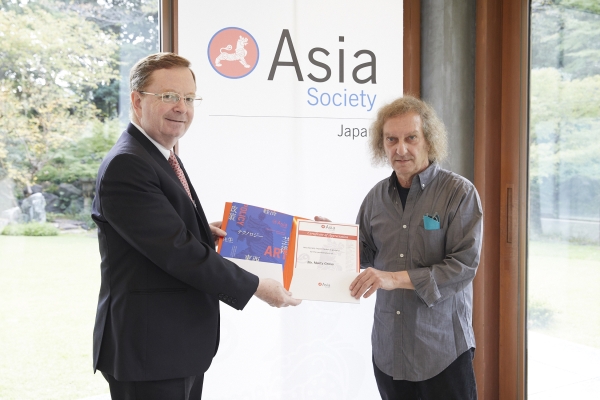 Mr. Gross introduced his work in restoring, enhancing and preserving films and recordings of the Mingei Movement. He enhances films not only by adding subtitles in English, Japanese and Korean but also by adding oral histories to silent films and reconstructing them. He currently has fifty hours of footage mainly taken in Korea, Japan and the United Kingdom many by, or featuring, the renowned potters, Bernard Leach, Minagawa Masu, and Hamada Shoji.

Mr. Gross has built his collection of films with the cooperation of film archivists and donors and  through donations by people who were close to the potters. He sometimes finds people who are unaware of the value of the films that they have had in their possession for a long time. He has re-assembled Hamada Shoji’s only existing interview in English and 70 minutes of film taken by Bernard Leach when he was in Japan in 1934-1935. Mr. Gross has divided the latter into 14 different short documentaries, according to the different themes they cover.

A feature of Mr. Gross’ project is its flexibility. While documentaries are often made for given timeslots suitable for broadcasting, his reconstructions can be made to be as long or short as is logical for the narrative. He sometimes combines films from different sources to show different stages of a potter’s life; other times, he lets the interviewees tell their stories.

Discussions following Mr. Gross’ initial comments covered the potential contribution his films could make to the restoration of Shuri Castle (Okinawa), which had burned down only hours before Mr. Gross’ talk, as well as expected future developments of the projects, including where to house the archive and creating a fully searchable digital film archive.