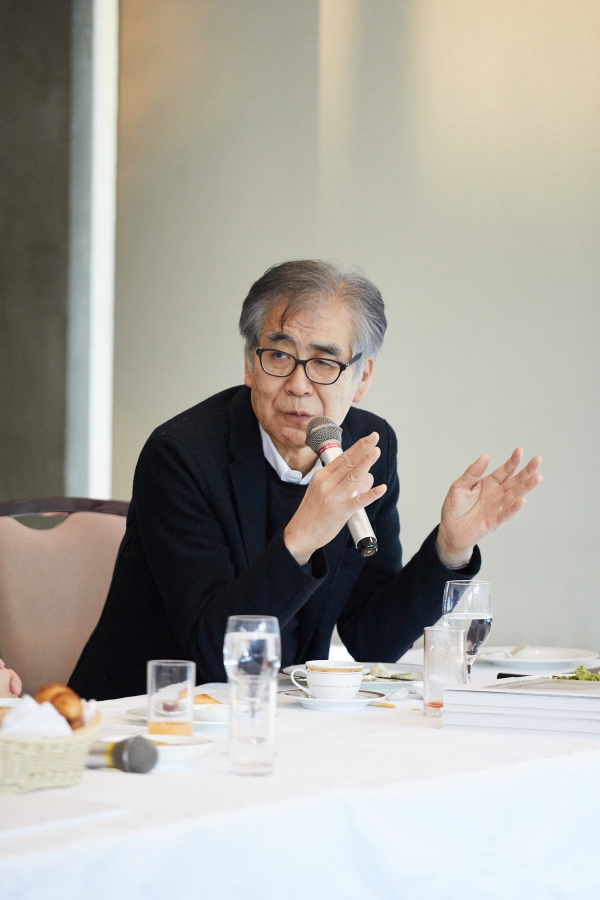 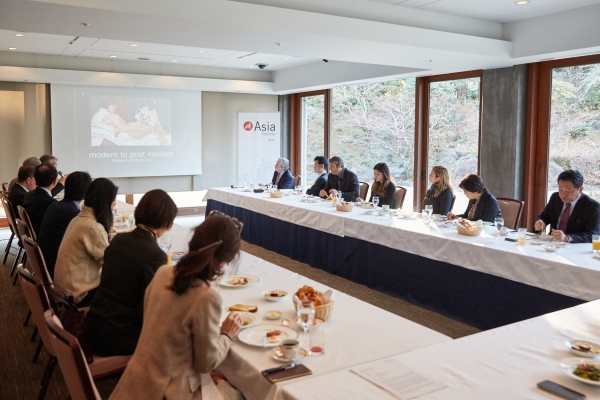 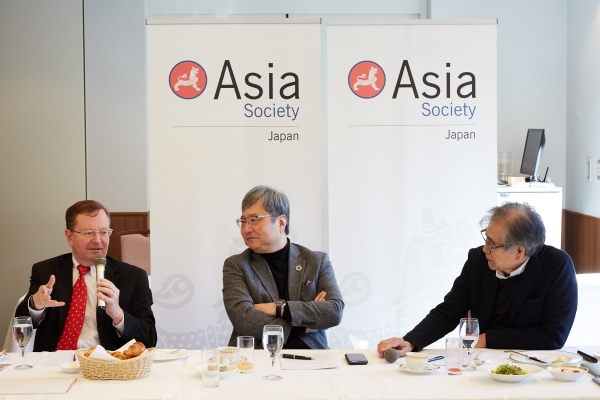 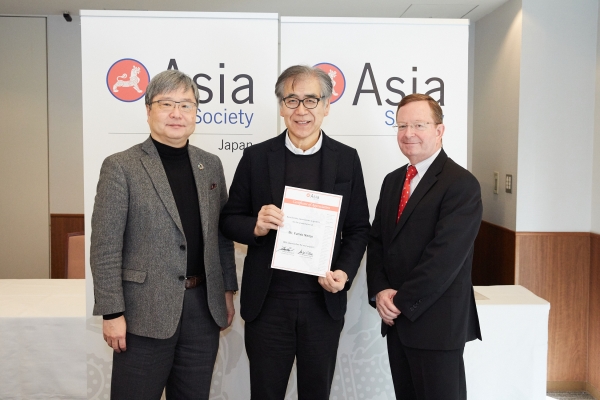 “Art of our Time: New Situation in Asia”

We often confuse “contemporary art,” the art of our times, with “modern art,” which covers art from the late 19th century through World War II. Some say the roots of modern art can be found in Manet, who shocked Paris with the realism of “Olympia,” depicting a reclining nude prostitute in a time when nudity was a traditionally a representation of legends and goddesses. The modernist takes a rational approach to society, culture or environment, often opposed to conservative views of the world centered on social order and religion. Modernism is characterized by progress, science and universalism, and thus a Christian linear understanding of history. Hence, Modern art came to be composed of form and color, which could be accepted universally.

In contrast, the Asian view of time is circular – with no beginning and no end. Post-modernism embraced these different perspectives. Departing from a centralized vision of the world, post-modernism became multicultural, respecting local cultures and stories. The contemporary world is an interconnected web, or “rhizome,” as Filles Deleuze and Félix Guattari coined in their book Mille Plateaux. Gradually, art centers expanded from New York, London and Paris to Shanghai, Beijing, Tokyo, Mumbai and Dubai.

In Japan, early contemporary art began with the Mono-ha movement based on Zen philosophy. Other outstanding artists include Takashi Murakami and Yayoi Kusama, who has contributed to making art more accessible by turning entire spaces into works that one can walk into.

Why Asian art now? Asian art has emerged into to the art scene during the last fifteen years, following economic growth trends. Art booms have also accompanied international events such as the Olympic Games and the World Expo.

After contemporary art flourished in Japan in the 1980s, the boom shifted to Korea in the 1990s, when it held the Gwangju Biennale after hosting the Olympic Games and World Expo. In the 2000s, Korea was succeeded by China, with the 2008 Olympic Games and the 2010 Shanghai Expo. China’s art movement began in 2013, when it transformed a factory district made by the Soviet Union into an art district. Liquor factories, power stations, and a gas tank have also been turned into museums in China.

Singapore emerged to the art scene in 2006, when Mr. Nanjo curated the first Singapore Biennale. Until then contemporary art had been a threat to the Singapore government, given the critical approach that art might take towards it. Old government buildings and religious sites were used as venues sand some works struggled with censorship. The event highlighted the importance of local art and the concept that contemporary art allowed people to express their ideas in their own voice, or their own language.

The trend has been followed by many other Asian countries. India is home to more collectors than museums. Indonesia has few public museums and its collectors run private museums, whose purchases are focused on domestic art. Undervalued in the past, Filipino art shows hints of influence from Spain, Catholicism and the U.S., which distinguishes it from that of neighboring countries. The Mori Art Museum “Sunshower” exhibition held in 2018 covered Southeast Asian Art from sixteen cities in ten countries to celebrate ASEAN’s 50th anniversary. With 300 galleries, Hong Kong is emerging as the new center of the art market, and Taipei has also recently launched a new art event.

Discussions following Mr. Nanjo’s comments covered developments to be expected in the Asian art scene over the next decade, recommendations for Japan to harness the opportunities accompanying the upcoming Tokyo Olympic Games and Osaka World Expo and potential unique art venues in Tokyo. Mr. Nanjo stressed that Japan should put more effort in attracting curators from overseas to see emerging Japanese art.