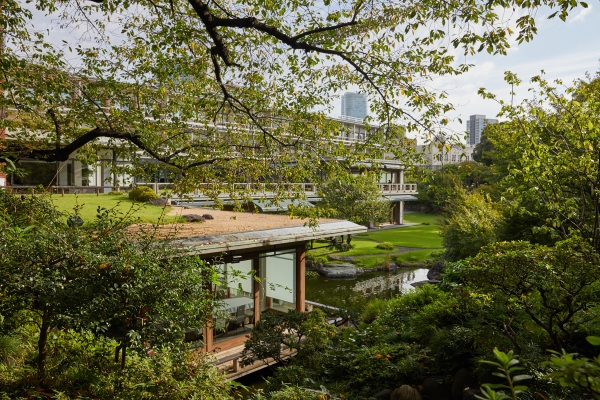 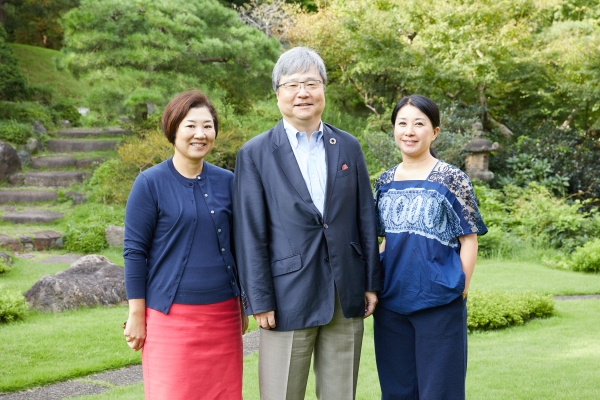 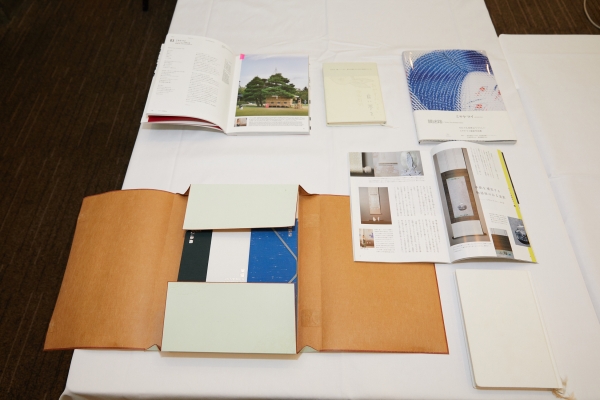 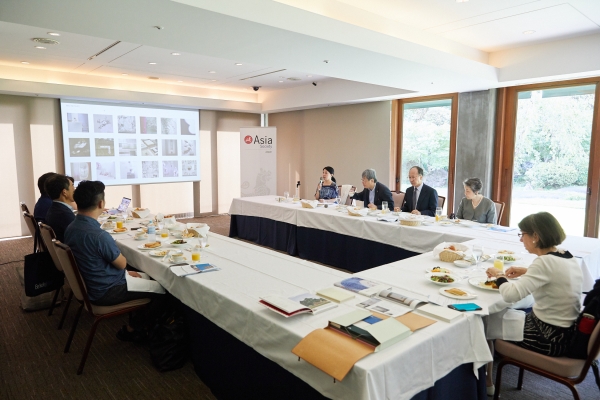 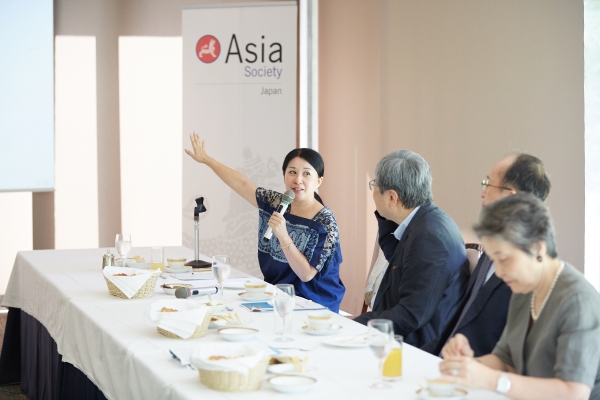 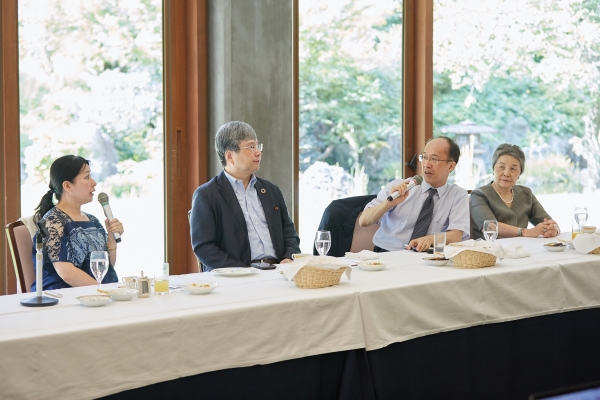 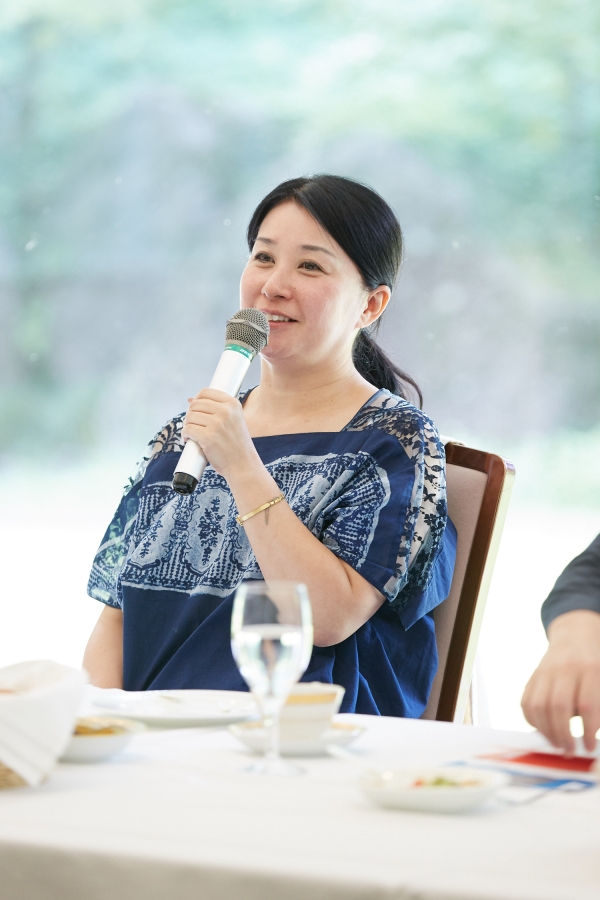 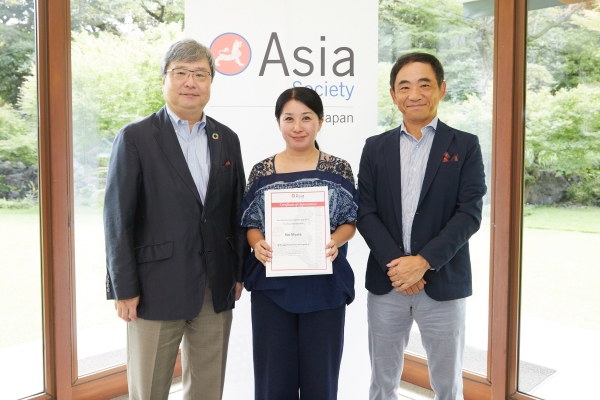 In the past, it was more easier for us to learn about Japanese culture at home, as it was a natural part of our daily lives. We had Japanese-style rooms in our homes, we drank Japanese green tea, and our grandmothers wore kimonos daily. Ms. Mai Miyake fears that Japanese culture has become so distant from our daily lives that it needs to be taught in school. Japanese art universities tend to be more focused on teaching techniques, and only offer courses in art replication, nihonga or crafts, so students majoring in Japanese arts do not have the opportunity to learn about the context. Hence, she has worked closely with Professor Noboru Tsubaki to establish a new course at the Kyoto University of Art and Design that walks students through various Japanese arts and culture.

Ms. Miyake’s first installation work was “Come Rain or Shine” for Ginza Maison Hermès in 2007. Having mainly produced two-dimensional works up to then, it was a turning point in her career when she was encouraged by the art director that she had a gift for space recognition. The Hermès project was also her first exhibition outside a museum or gallery. Given the annual theme, “Dance, ”she had a dragon dancing out of a wall scroll and worked in Japanese festivities for the months of May, June and July, when her installation would decorate the store window.

While even Hermès asks artists her to show their product their installations, Ms. Miyake noted that Shiseido is the only company that made such demands. As art director of the window gallery of SHISEIDO THE STORE, she selects one element of Yin-Yang and the five elements, where she chooses one element as the theme for each term and invites two artists to work on the window gallery.

Ms. Miyake takes pride in her talent for blending core concepts of Japanese and Western culture. Three months ago, she worked with Aurora Thibut on “Les Modesties” for Wacoal Study Hall in Kyoto. One of her wall scrolls depicted the Weaving Princess’ mirror – a symbol of vanity - with a pomegranate and black lily. The pomegranate is an incarnation of Hariti, representing the selfishness of women only caring about herself and her child, while the black lily symbolized Mother Mary, representing mercy and benevolence. The pomegranate and lily also offer a contrast between Japanese and Western culture.

Last year, she participated in the exhibition “Tea Ceremony Fascination of Art and Design” at the Oita Prefectural Art Museum, and the exhibition “Altering Home” at the 21st Century Museum of Contemporary Art, Kanazawa. At the latter exhibition, she created “Home Less is Home Full,” a participative installation that invited people to rent the open straw-walled tea house and keep an anecdote in the diary. It was an expression of how the boundaries of a traditional Japanese “home” could be variable and an experiment to reintroduce casual “engawa” communication.

Through her art, Ms. Miyake also tries to visualize concepts and feelings that are often missed without careful observation. While contemporary art tends to place high value on dynamic works, she seeks to highlight those details that modern people seem to no longer care for, as an expression of her anger for modern insensitivity.

Ms. Miyake believes that it takes both subjective and objective approaches to understand something in its entirety. “Mori wo mite ki wo mizu, ki wo mite mori wo mizu (Miss the trees for the forest, miss the forest for the trees)” was an outdoor installation at Tokyo Midtown DESIGN TOUCH 2015 that was intended to be a wakeup call on the status of forest degradation in Japan with 70% of forest not efficiently used. Visitors had to go under each wooden pole to read individual messages but had to take a bird’s eye view to realize that the wood was arranged in the form of the Japanese hiragana character for tree.

Following Ms. Miyake’s initial comments and introduction of her works, she engaged in discussion with the audience about her lifestyle, self-management and balancing verbal and artistic expression.