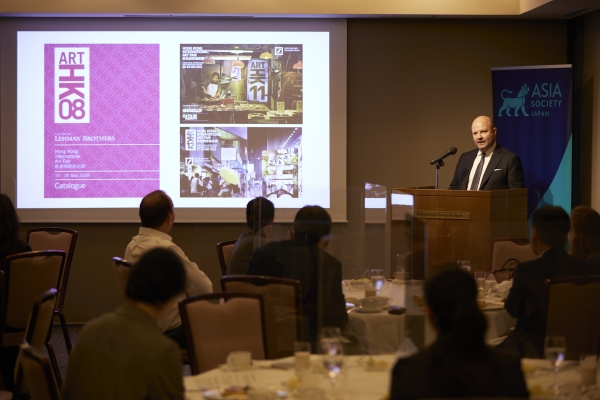 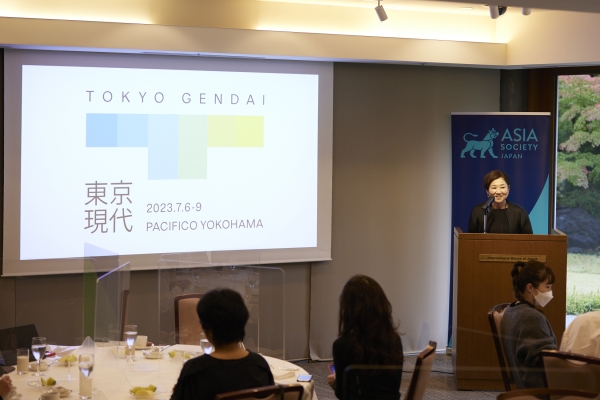 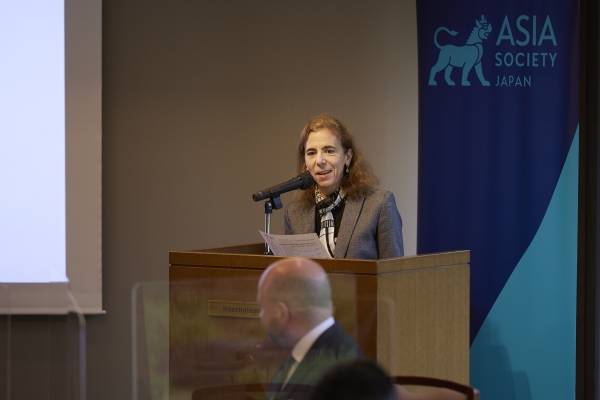 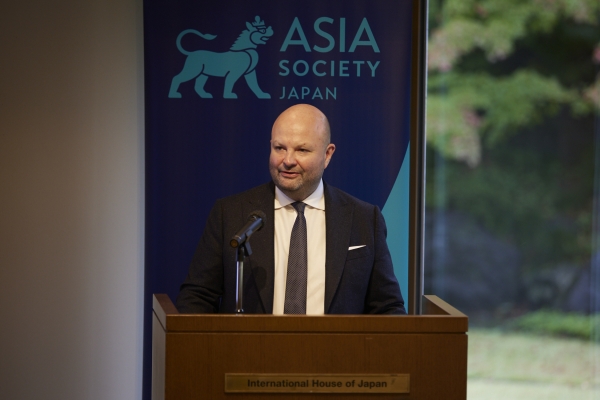 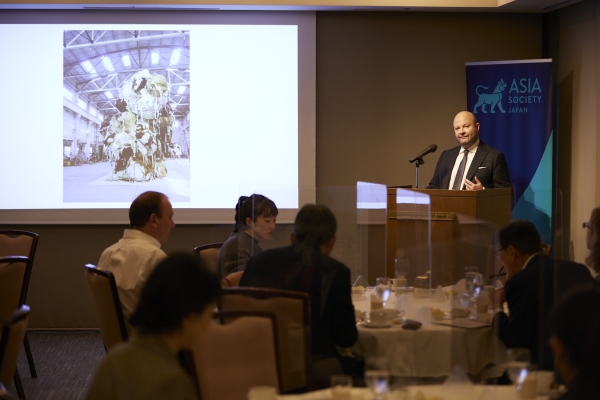 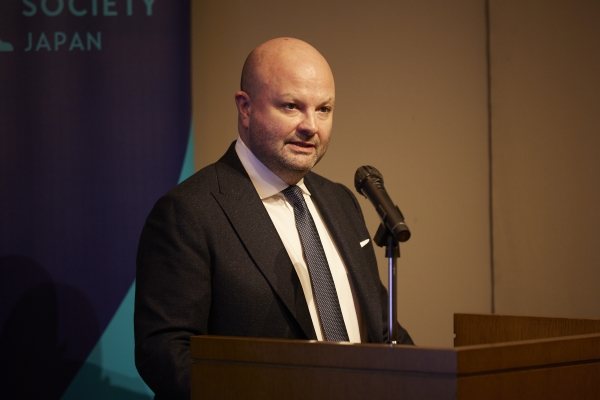 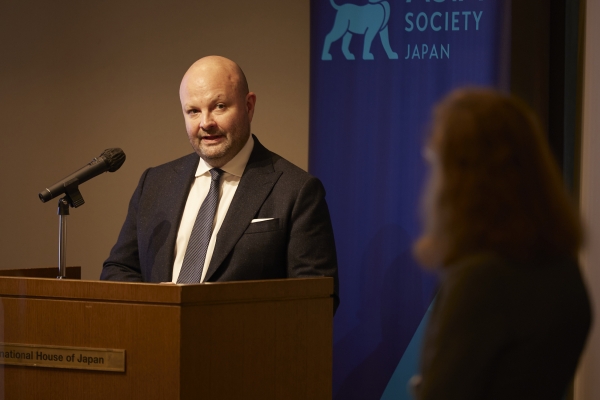 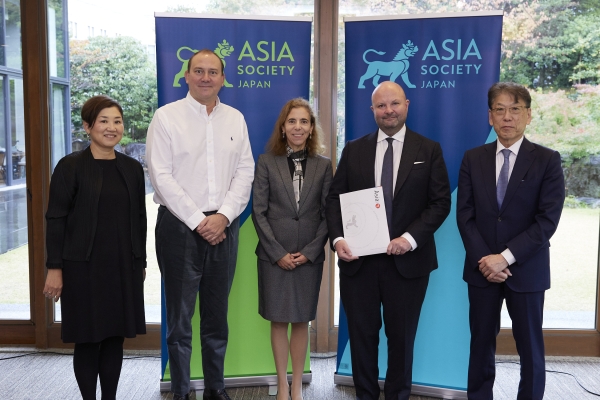 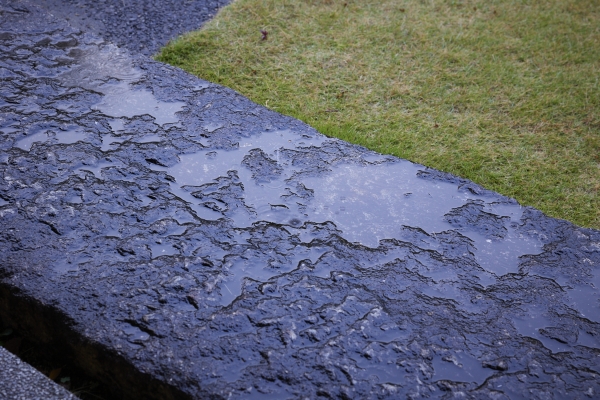 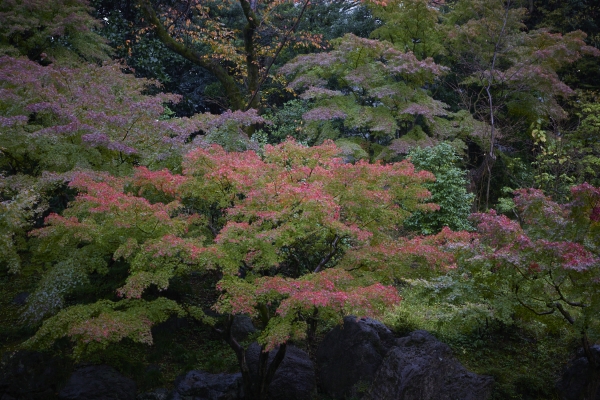 On November 15, 2022, Asia Society Japan welcomed Magnus Renfrew to speak at the Art for Breakfast. Renfrew showcased the new art fair known as Tokyo Gendai. As a co-founder of Tokyo Gendai, Renfrew’s presentation covered topics such as what this new art fair means for the public, the art industry, and how domestic galleries are reacting. Audiences joined both in person and online to hear about Renfrew’s vision for Tokyo Gendai as well as his global achievements. Executive Director of Asia Society Japan, Sawako Hidaka, hosted the event.

Magnus Renfrew comes with 20 years of experience within the arts and the achievements to prove it. Renfrew has opened up many art fairs across Asia. He served as a founding fair director for ART HK: Hong Kong International Art Fair (2007-2012) and for Art Basel in Hong Kong (2012-2014). Currently, Renfrew is serving as the co-director of Taipei Dangdai and is the co-founder of ART SG. He was named twice in ArtReview Power 100 as one of the 100 most influential figures in the art world. 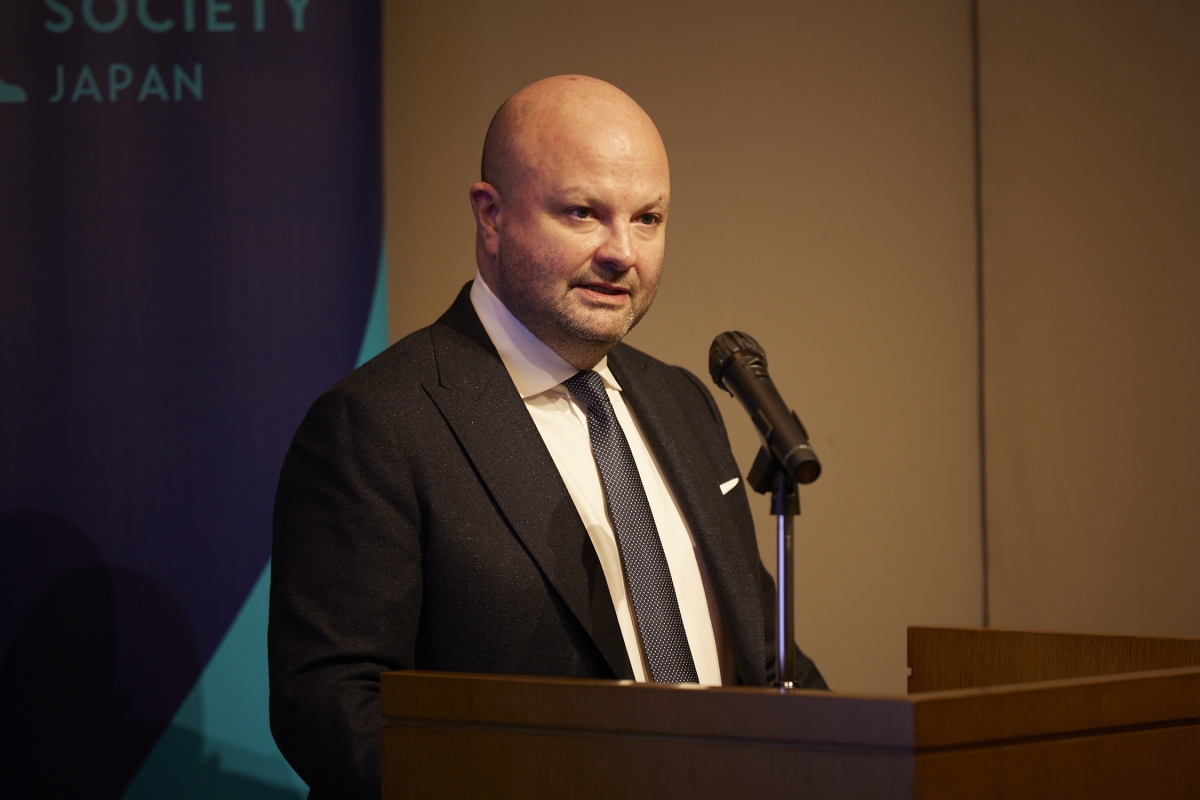 Renfrew started off the event by introducing his latest project, Tokyo Gendai. This new art fair will be happening in Pacifico Yokohama, with a total of 80 international galleries participating, 20 of which are domestic. The work that is currently being done to prepare for Tokyo Gendai is work that Renfrew has previously done with sites in Hong Kong or Taipei Dangdai. Renfrew wishes to make it easier for collectors to come into the Japanese market as well as to make art more accessible to people who are just trying to get into collecting. Renfrew emphasizes the need for Japan’s art collector scene to evolve, and he hopes that Tokyo Gendai will act as a catalyst in the Japanese contemporary art scene setting off a chain reaction.

Tokyo Gendai is also meant to showcase the best of the best. This is done by a highly selective team that judges who will be allowed to showcase their works. In order to remain neutral, there are no Japanese judges. However, Renfrew employs an advisory board of Japanese consultants to help with issues that may arise. Renfrew highlights that while this will be taking place in Japan, the point of this fair is to create a cultural exchange across borders and showcase the diversity within art. Renfrew addressed how Japan has one of the strongest galleries and received a massive amount of interest from domestic galleries. Due to this interest, he is confident that the collector scene will use Tokyo Gendai to flock to these galleries. 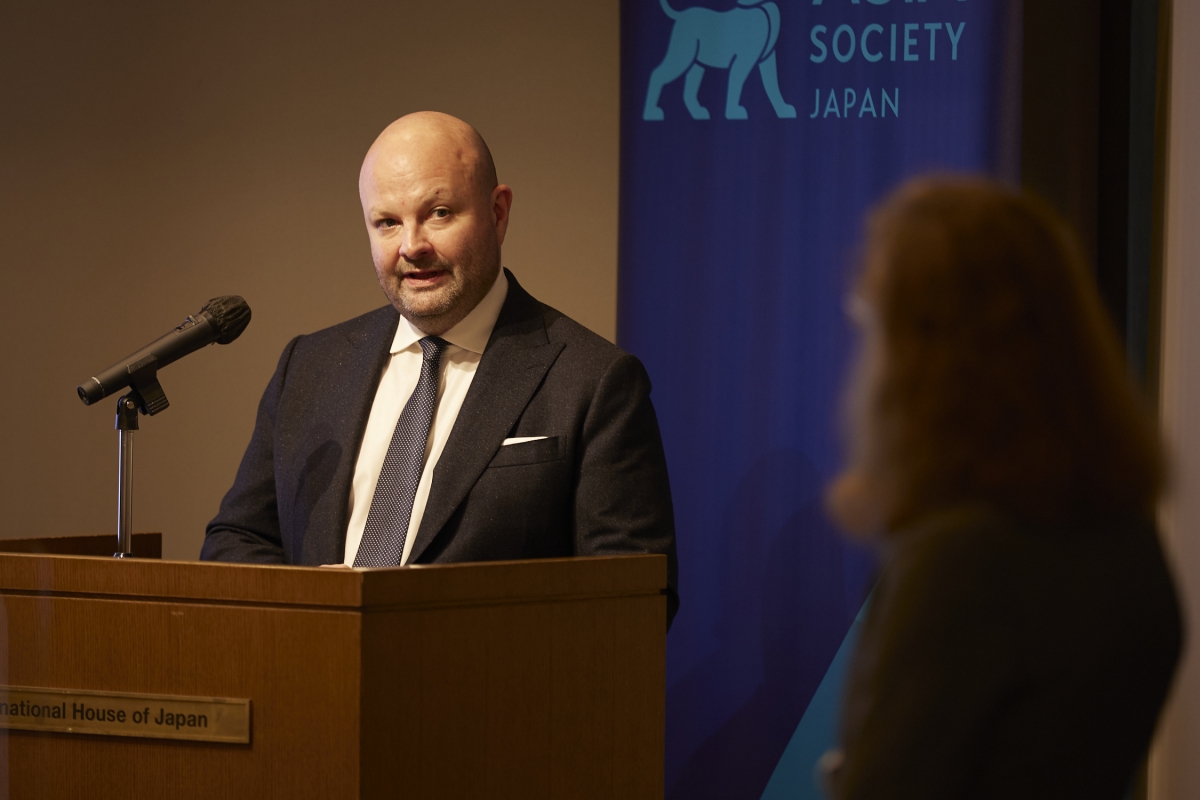 During the Q&A session, there were many questions pertaining to how Tokyo Gendai would affect the local art scene and why the collector scene in Japan is lacking even though Japan has one of the world's leading economies. Renfrew explained that local and domestic artists will have access to international galleries and have more visibility to international collectors with the opening of Tokyo Gendai.

For galleries that are not specifically in Tokyo Gendai, many collectors will be traveling to Japan and exploring all around Japan. This influx of tourism will reach these outside galleries. When speaking on why the art scene in Japan has yet to see its boom, Renfrew described that location matters when it comes to collecting. He said that there are more art collectors living in Hong Kong where the current interest lies. However, there has been an increase in interest in Japan recently, and he hopes that Tokyo Gendai will help propel the collection of Japanese work onto the global stage. 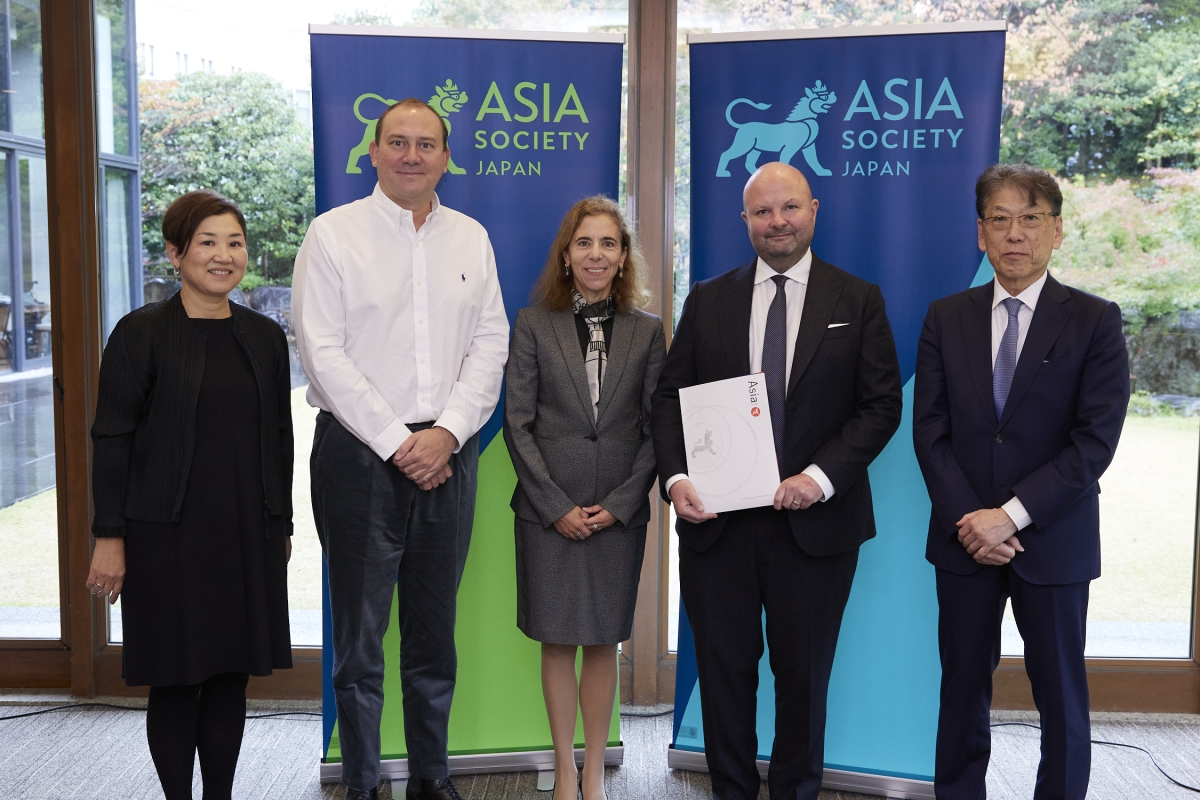