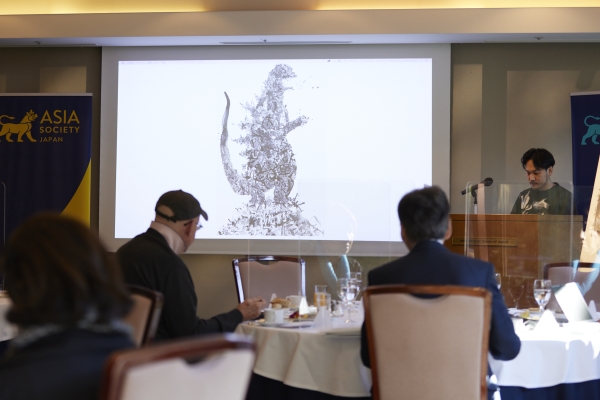 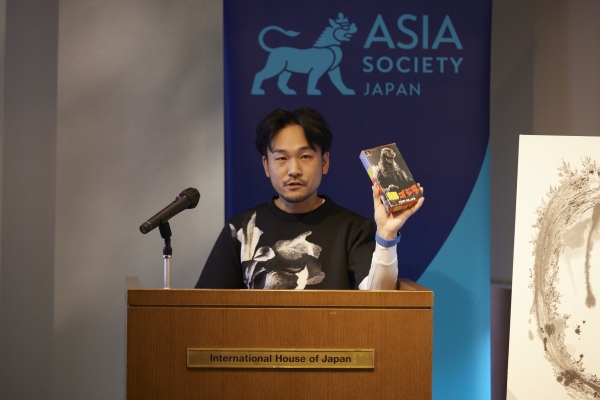 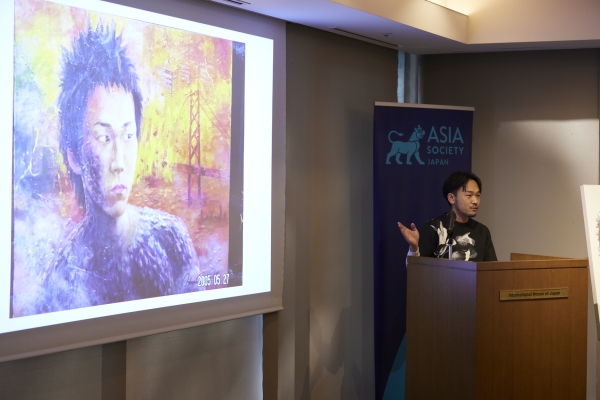 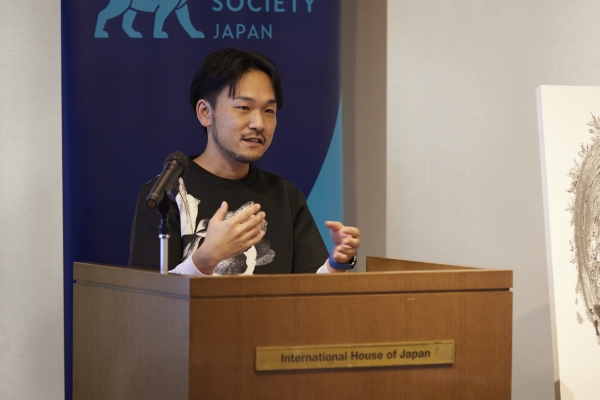 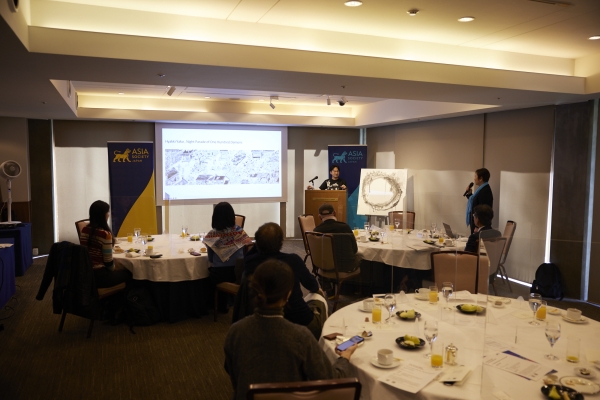 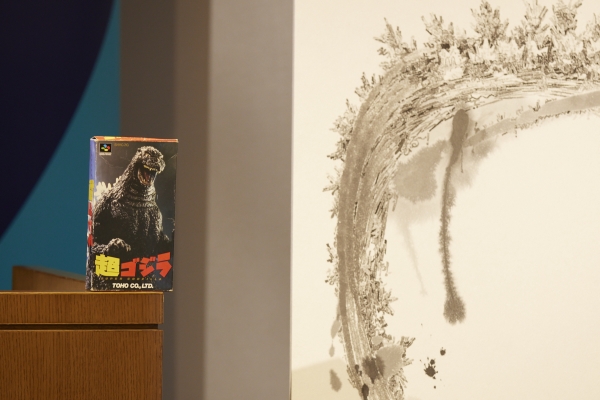 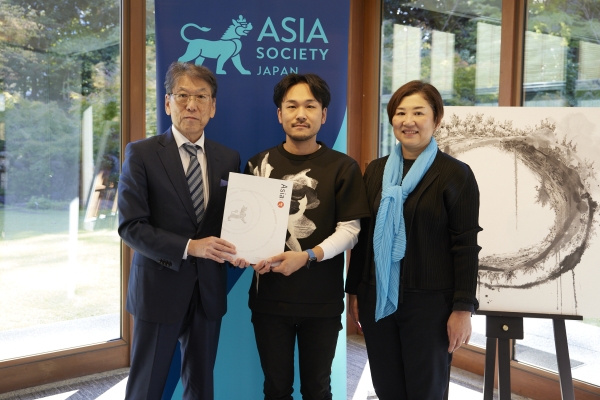 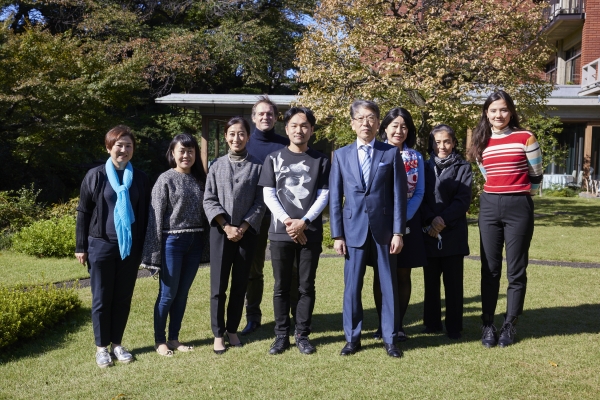 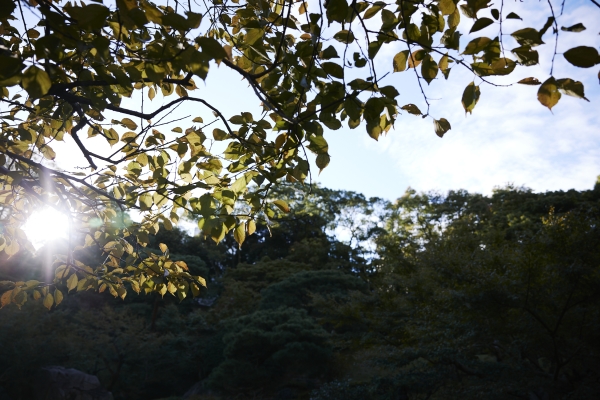 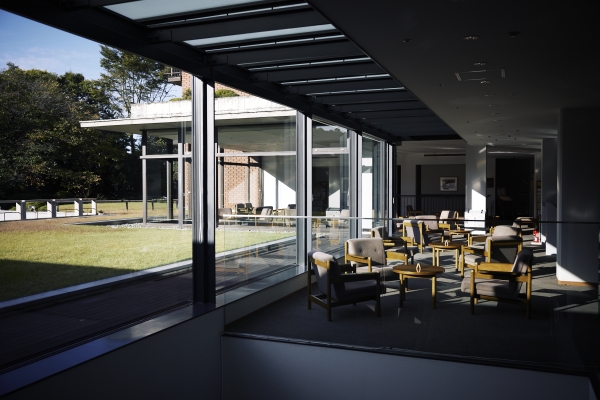 On October 26, 2022, Asia Society Japan invited artist, Hayaki Nishigaki to Art for Breakfast. Nishigaki’s artwork has been notably centered around the Japanese monster character of Godzilla depicted using traditional Japanese sumi ink on washi. During his opening comments, Nishigaki talked about his journey as an artist, diving into his personal history, the continual use of Godzilla, his recent artist in residence experiences in Qatar and the direction he seeks for future works. This event was hosted by Executive Director of Asia Society Japan, Sawako Hidaka.

Nishigaki is based in a shared studio called Haidenban in Kyoto. He draws inspiration from both 16th Century Italian painter Giuseppe Arcimboldo and Kuniyoshi Utagawa and uses overlaps in their works to create his own pieces. This has resulted in Godzilla who, to him, is a representation of today’s society and how this can appear to the viewer.

During the pandemic Nishigaki started another series titled Hyakki Yako. In these series, it deals with mythology depicting several contemporary social issues and events. Nishigaki talks about the linkage between Godzilla appearing from the ocean as well as the Corona Virus coming to Japan from overseas and its impact. Nishigaki wishes that Godzilla could get rid of issues surrounding immigration and territorial disputes. 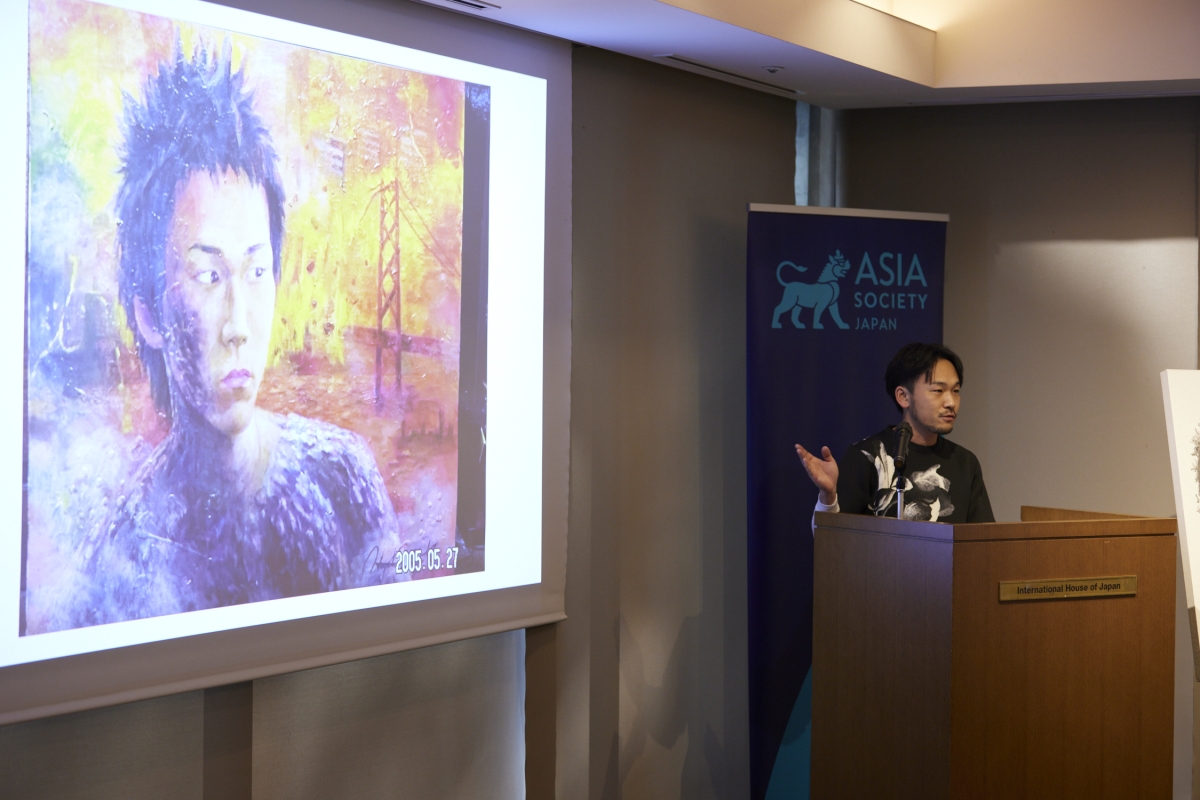 Experiences in Qatar and new frontiers

To broaden his depth as an artist, Nishigaki spent time earlier this year as an artist in residence in Qatar. There, Nishigaki collaborated with Yousef Ahmed, a local artist. The aim of this collaboration was to exchange traditional material and help foster a cultural dialogue between the Japan and Qatar. For this exchange, Nishigaki brought Kozo from Japan to show Yosef the process of traditional Japanese washi making. Once at Yosef’s studio, Nishigaki was able to create paper with the wild palm trees grown in Qatar using a method invented by Yosef.

Throughout his visit, Nishigaki created several pieces that mark his time abroad. Works include, pieces in sumi ink that represented both him and Yosef. He drew himself as Godzilla, and Yosef as a Falcon which is a symbol of wealth in Qatar. Another work Nishigaki showcased was titled Enso. Enso’s are traditional in Zen Buddhism and are traditionally drawn as circles using one brush stroke. Nishigaki does his own take on these works by creating a mixture of a rabbit with Japanese writing, and the circle is the tail of Godzilla and many many more. 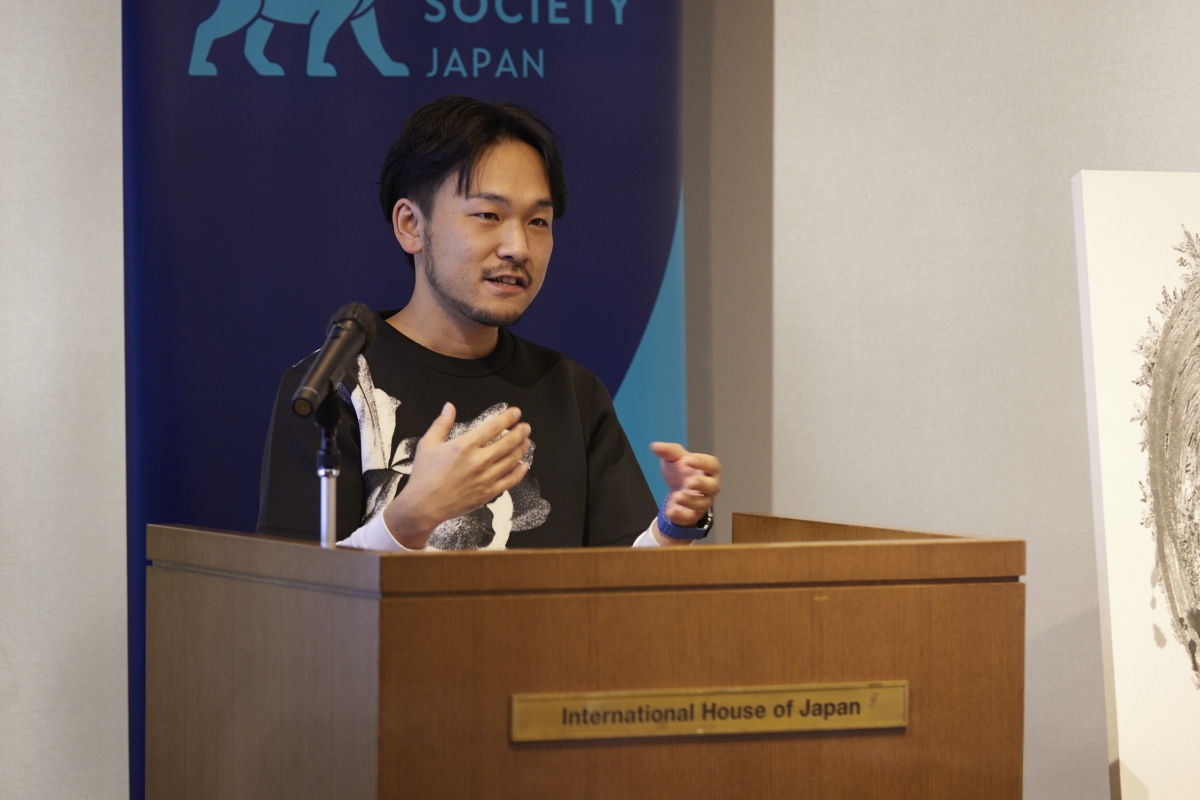 Nishigaki has started to create new works incorporating gold leaf. With his western arts background, he is deciding how to use gold leaf which is a Japanese medium. This places different standards on perspective and how the spatial background of an artwork is organized in comparison to the eastern methods. Currently Nishigaki has compromised between the two, finally settling on the motif of Godzilla as Japanese Island and the gold leaf being the flame radiation. 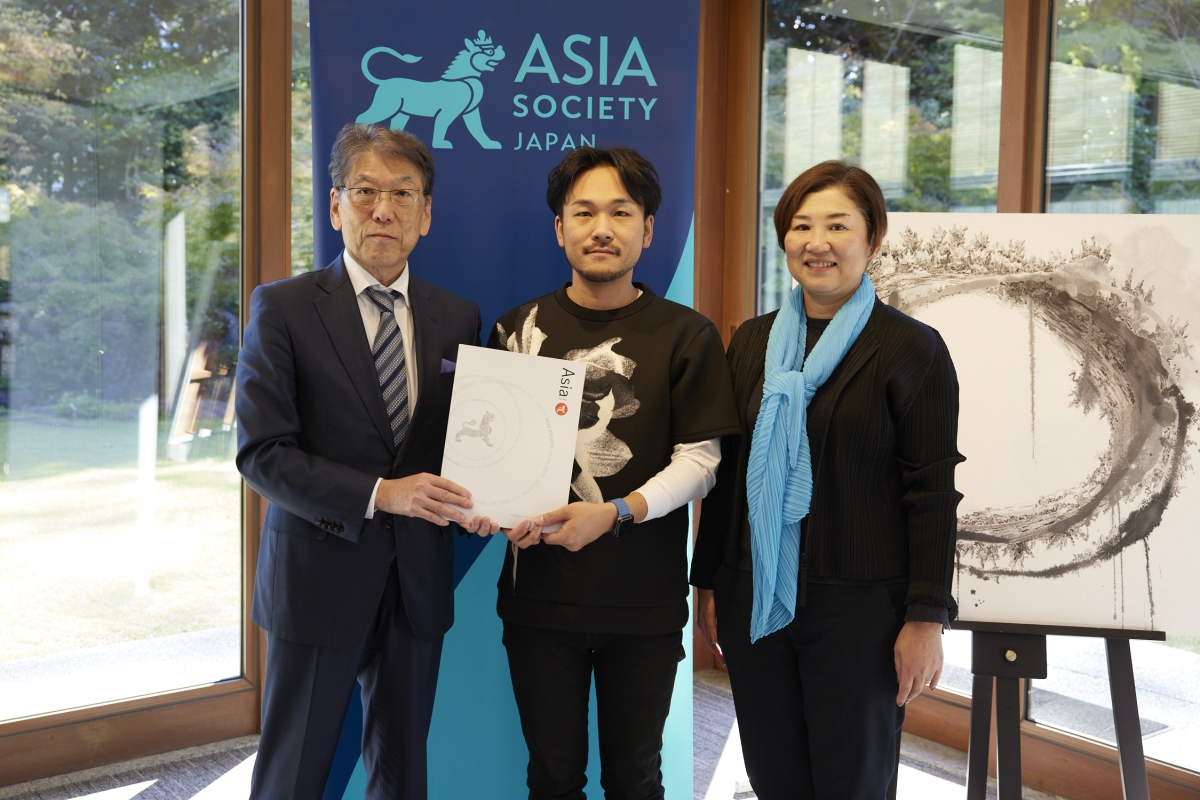 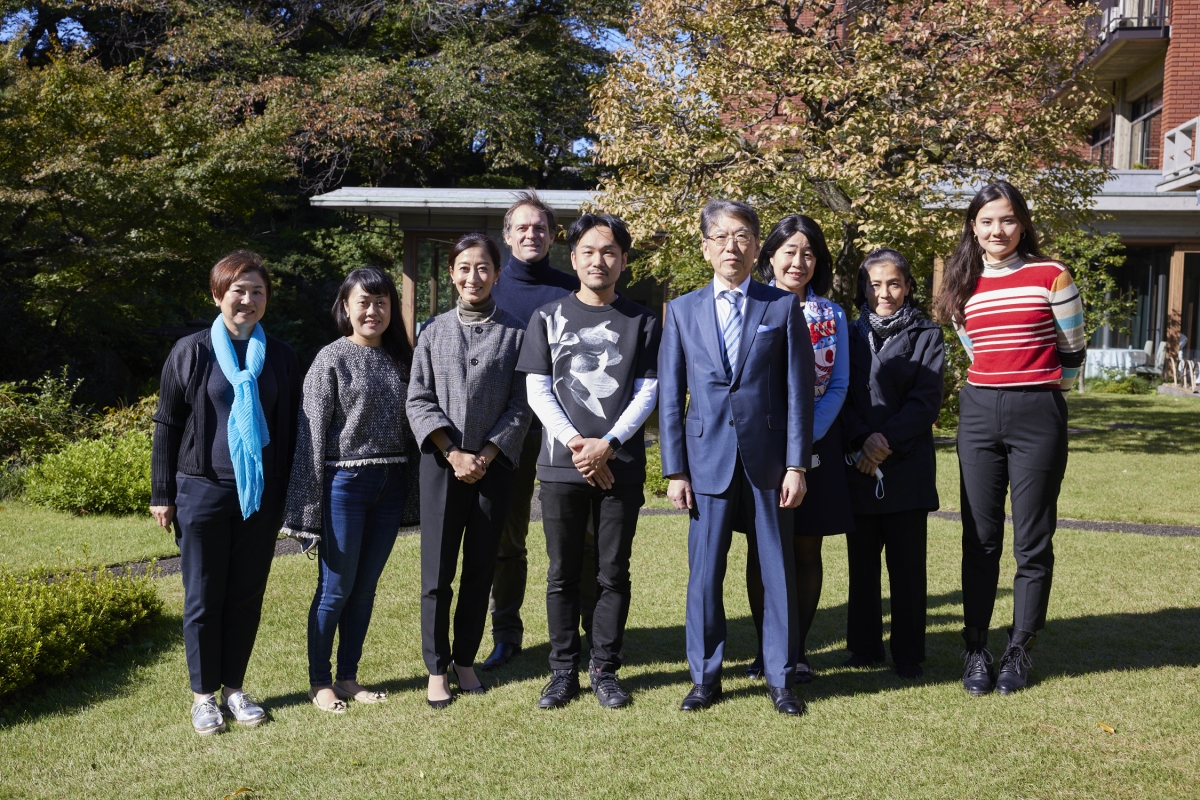