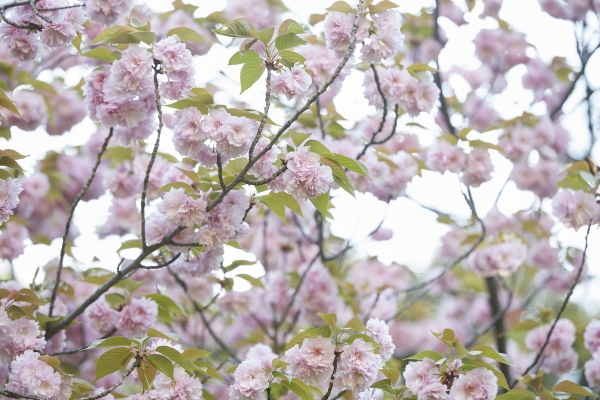 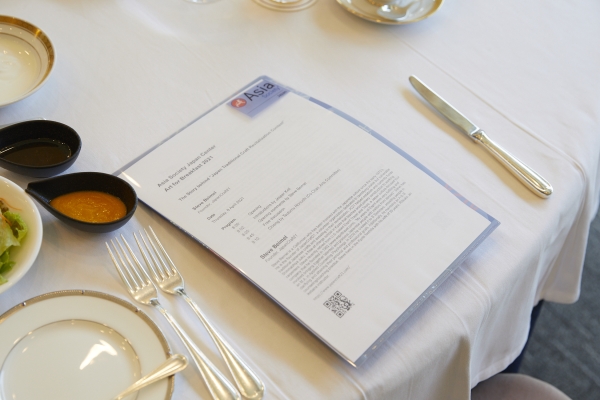 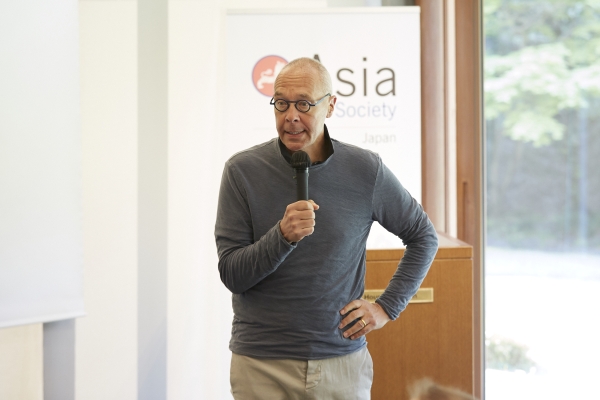 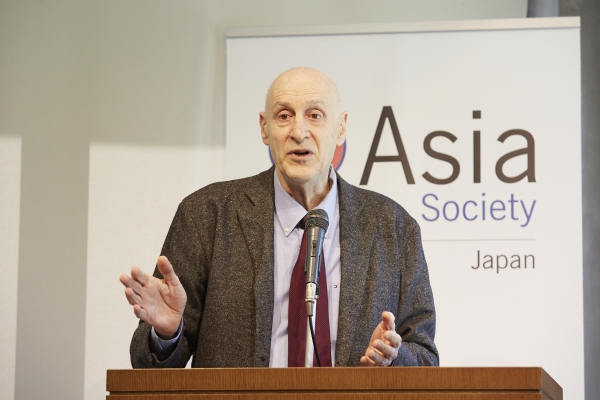 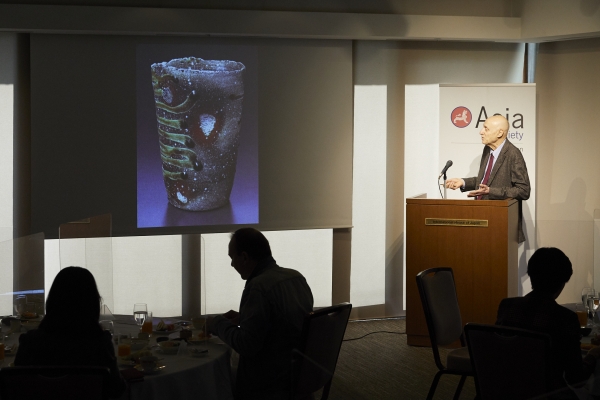 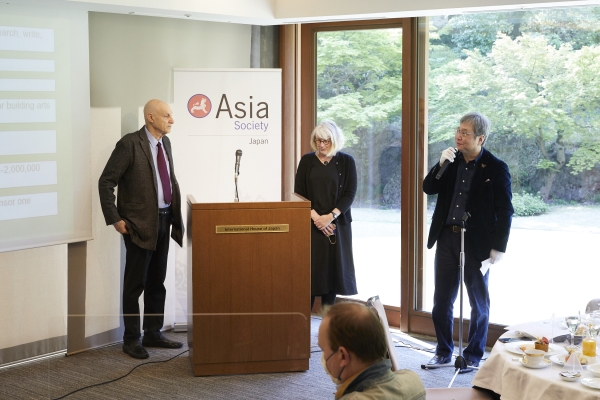 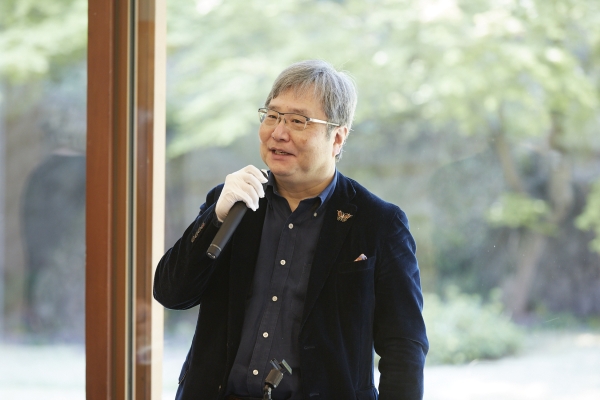 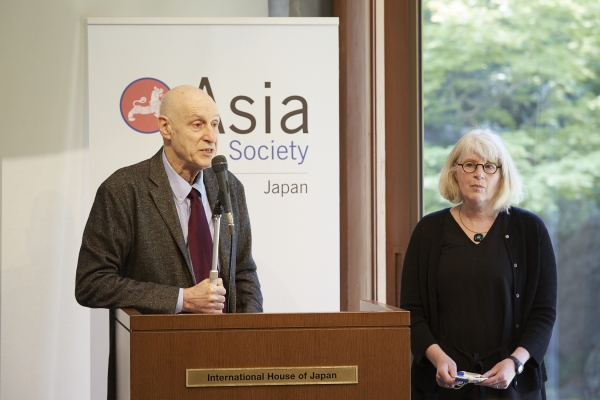 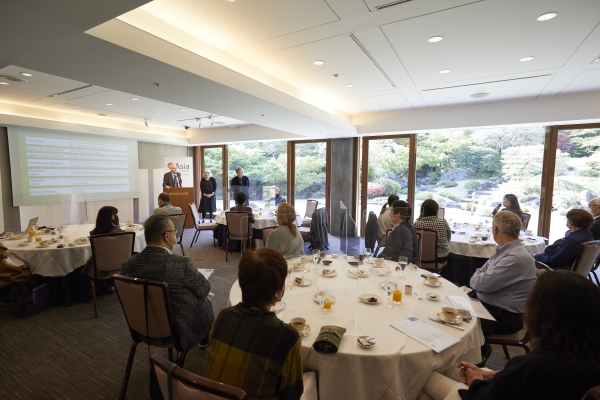 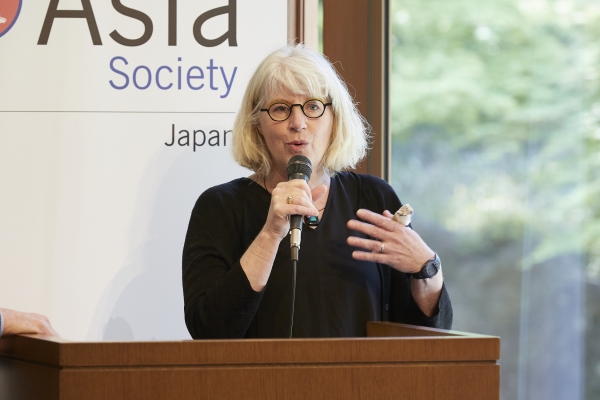 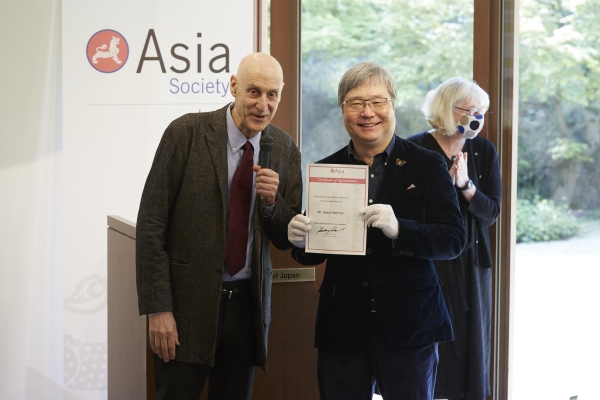 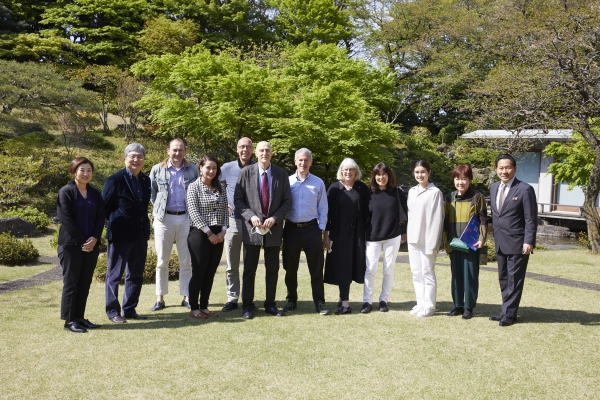 In recent years, Japanese crafts have been deteriorating at an alarming rate. The production of various traditional hand-dyed textiles has more than halved during the past decade, whereas machine print polyester does not disappear at all. Simple low-priced versions of kimono are being produced by minimally trained people offshore. Weavers, dyers and embroiders with ten years of apprenticeship who make true masterpieces are currently being forced to compete with cheap works.

Aging artisans are being replaced by younger generation workers who are no longer taught wood joinery or how to make bamboo mud walls. Large numbers of support specialists, including unique toolmakers, dye blenders, brush makers, stencil cutters, raw material suppliers, and workers who maintain bamboo growth, are disappearing. The unique interdependency in the craft community is also disappearing.

If one tenth of one percent of the Japanese population increased their purchase of kimono, it could save the entire Nishijin district. Even if millions of people eat their lunch out of a plastic box, 5000 sales of hand-crafted cedar boxes anywhere in the world could save three jobs and an overgrowing cedar forest

For many years, Mr. Beimel has wished to do three things, namely, give back to Japan in an effective way, see the direct effect of his efforts in revitalizing crafts, and meaningfully connect with craftspeople and be a part of their extraordinary community. Three years ago, he gathered a group of lovers of Japanese crafts who could not bear passively watching them decline and embraced the same three aims.

The group invited themselves into the Japanese crafts community and created Japan Crafts 21. The group’s mission is to identify and vulnerable and viable traditional Japanese crafts and assist in their revitalization through clear strategy and effective action. Japan Craft 21 runs two main projects; a school for traditional building arts and a contest.

In their search for the initial craft to address, the group found high-level wood joinery to fit their mission. Eighty years ago, there were one hundred thousand wooden machiya townhouses in Kyoto, but today, only forty thousand remain. A few years ago, they met a fifth-generation carpenter, Tomohiro Naito, who specializes in machiya restoration. He shared their vision of Kyoto rising once again as a beautiful scenic city, but faced the challenge of not having young carpenters coming up in the future who would be capable of joining him in building his vision. Japan Craft 21 helped Mr. Naito establish a weekend school with fully funded scholarships for young working carpenters in Kyoto and gave them a pathway to true mastership of the rapidly disappearing building arts. The school recently graduated its first six graduates wood joinery course.

Japan Craft 21 has reached its first milestone, as graduates will now begin to assist Mr. Naito build the first authentic machiya townhouse in Kyoto in 85 years with joinery and no nails. The house will feature improved fire and earthquake resistance and high energy efficiency. It will be designed for modern life on the inside.

This spring, the school will enroll new students in the wood joinery course and a new Japanese mud-wall construction course. As they expand the school, they seek to add other crafts, such as gardening, tile roofing, foundation work, shoji making, metal fabrication, tatami, and wall servicing.

Having achieved success in their first project, Japan Craft 21 created the Japan Traditional Crafts Revitalization Contest, a series of contests to maximize their resources and make a true difference. Each contest is designed to revitalize one traditional craft to flourish in the 21st century. Asia Society has joined them as co-sponsors of the contest, which seeks an exceptional individual with an outstanding idea, talent, track record and passion to fulfill their craft revitalization project. The winner will be provided a 5-million-dollar fund for achieving their vision as well as active support from a mentor group of experts in fields such as business management design and IT to ensure their success

Japan Craft 21 membership offers the opportunity to fulfill the three aims of the original members. There are seven levels of being proactive supporters of Japanese crafts, from volunteering to supporting scholarships and contest patronship.

Discussions following Mr. Beimel's initial comments covered the importance of not just offering prize money but supporting the business plan of each artisan in order to save a craft, prospects for inviting international enrollees or exchange, how decisions are made on which of the 260 designated traditional crafts are supported, details of the contest, including its schedule and judges, the role of the Japanese government, matching crafts with corporations, focal crafts, the importance of supporting crafts, and appreciating environmental sustainability and the craftsperson who made being part of the heritage.