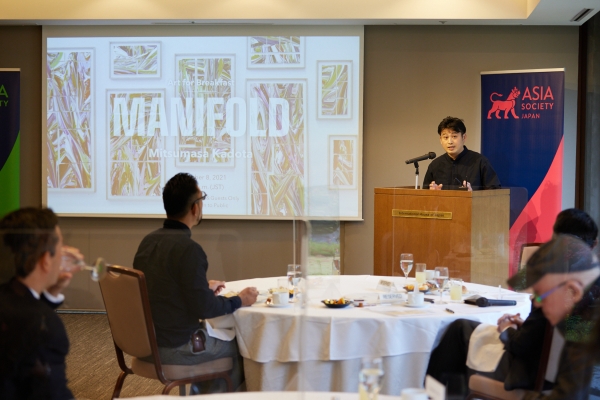 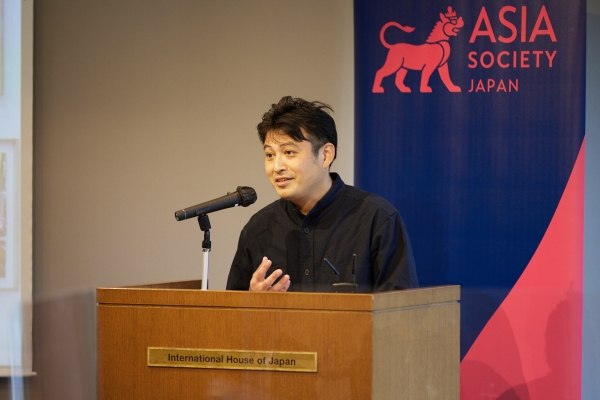 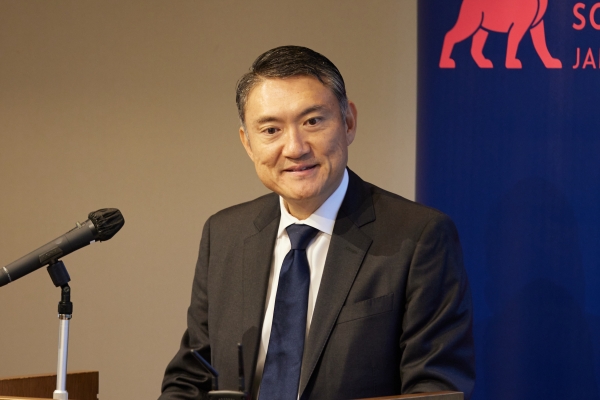 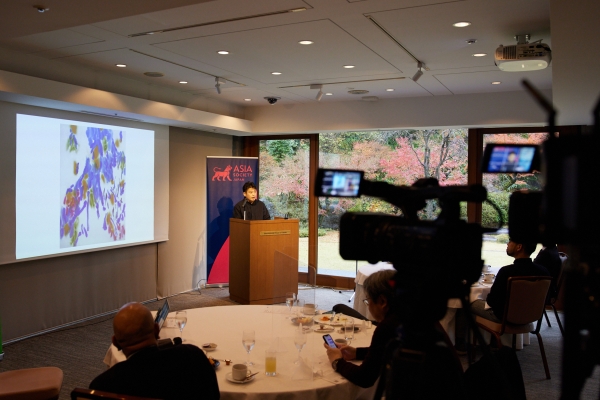 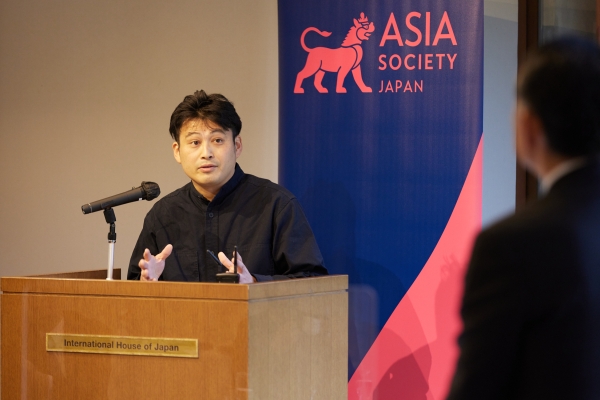 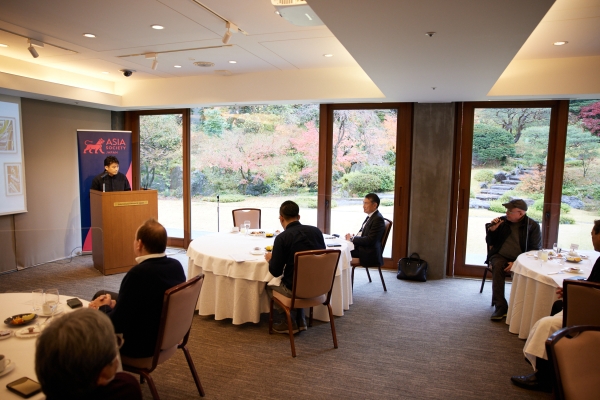 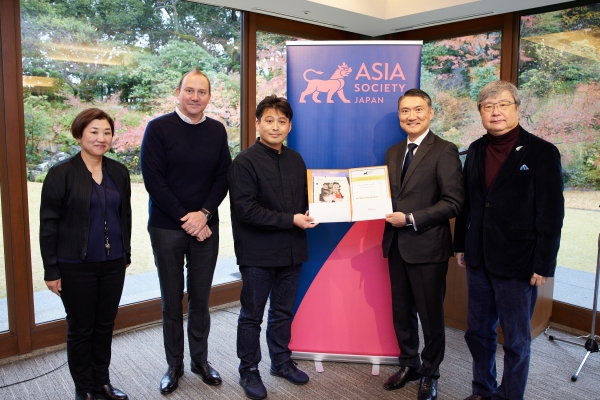 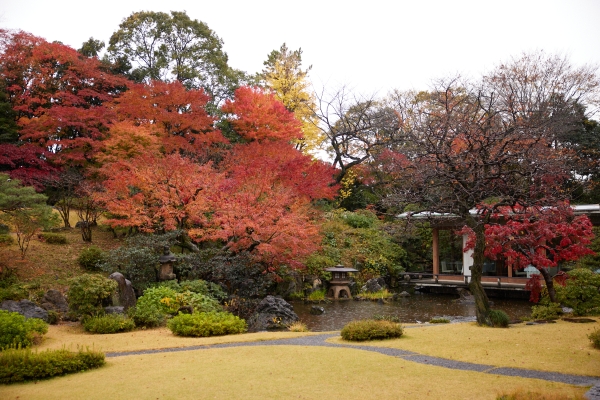 On December 8, 2021, Mitsumasa Kadota shared his story about how he became an abstract artist in Japan and how he explores latent emotions and sociality in values on canvas. He also discussed how the New York art scene has greatly influenced him ever since he was invited to MoMA’s Young Patron Program. Yoshihisa Kawamura, arts committee member at Asia Society Japan, hosted the program.

A love for drawing

Mr. Kadota was born and raised in Shizuoka prefecture. As a child, Mr. Kadota loved to draw. Among his favorite works from his childhood is his “Kadomitsu-saurus,” a colorful dinosaur wearing a hat and tie for work, but with a belly carrying eggs and children. It was a dinosaur that stepped over the gender binary. At the same time, it represented his idea of an ideal family. His grandfather, a farmer with a magic hand for carpentry and handicrafts, guided his creativity during his childhood and was one of his greatest supporters.

Instability – struggling to find his identity

Mr. Kadota seriously studied art for the first time at university. It was then that he realized that art creation required a strong sense of self-identity. He had yet to gain a firm grasp on his identity, and this made him feel unstable. During his sophomore year, he communicated his perplexity by adding zippers to the frames he made, making it possible to separate and connect his paintings.

Fascinated by the concept of “figure and ground” and how this compositional relationship can produce contradictions in space, Mr. Kadota decided to proceed to the conceptual art course. Around graduation, he experimented with taking the color out of everyday snapshots and creating line paintings on divided panels. Through this process, he explored his identity and the haziness of his existence. Some works from this period are “Fire Inside My Heart” and “The Flaming Green Tree”.

Recognition by the Sezon Museum of Modern Art 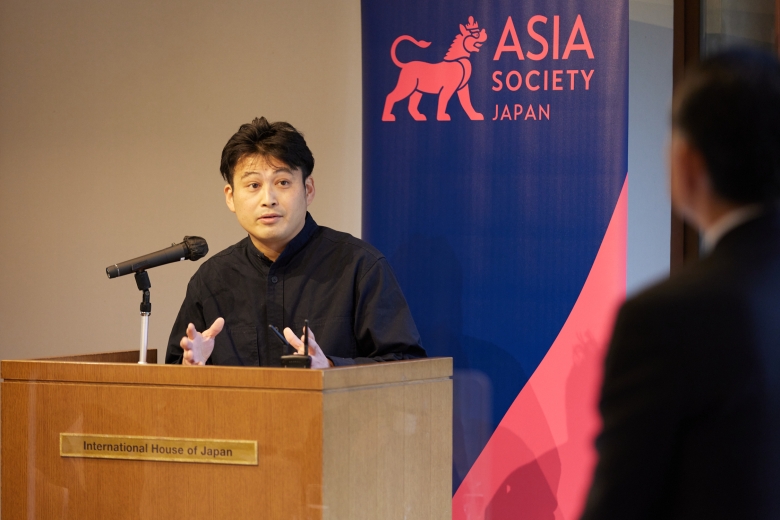 Graduating from university in 2005, Mr. Kadota received two milestone opportunities. Firstly, the Sezon Museum of Modern Art offered him the opportunity to do a solo show at a gallery in Tokyo. Secondly, he was given the chance to travel to New York, where he was profoundly inspired by the museums and galleries that he visited. While he was in New York, he bought 3 by 10 meters of canvas on which he would paint using the soak-stain technique, playing with blurred colors and lines, for his debut solo exhibition, “TRICKSTER” at the Sezon Museum of Modern Art’s gallery in Tokyo.

From around this time, Mr, Kadota began to paint by taking the fading feelings, sensations and memories from his inner self and converting them into color and brushstroke on canvas. “Little Girl in the Dark” was shown at the Sompo Museum of Art and the Sezon Museum of Modern Art.

Self-exploration and experimenting with diverse styles 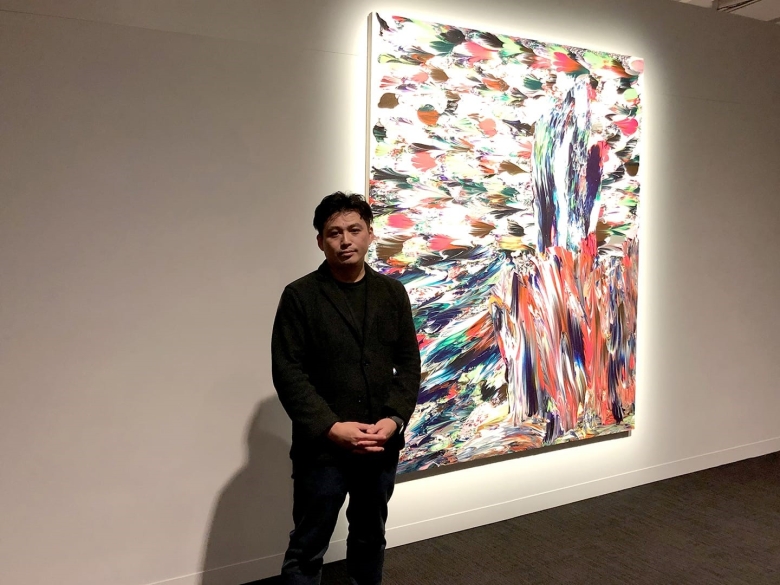 Five years ago, Mr. Kadota started a series of works where he takes unfinished pieces from storage and paints over them, imbuing them with new value and meaning.

He has also recently explored with Holbein  Iridescence acrylic, which gradually changes color when viewed from different angles. Mr. Kadota feels that something about the saturation gives the paints an aged look although they are new. This unique duality has inspired many works that he has named after Japanese historical icons and temples.

The diversity of his works, containing many different styles, is evidence of Mr. Kadota’s self-exploration. He notes that his art was confusing for Japanese audiences; and therefore, he did not gain recognition outside of the Sezon Museum of Modern Art. He would typically show his works at rental spaces, restaurants and other alternative venues. However, he was represented by a gallery for the first time in 2015. M-Gallery is a contemporary art gallery housed in a converted Japanese storehouse and remains his main gallery, aside from TEZUKAYAMA GALLERY in Osaka. Mr. Kadota has plans to show new pieces at both TEZUKAYAMA GALLERY and M-Gallery in 2022.

In 2017, when the Sezon Museum of Modern Art opened a new gallery space, Mr. Kadota was offered the opportunity to have a show there. This is when an art collector from New York took notice of his work. He was then introduced to Cody Franchetti, a nephew of Cy Twombly. Mr. Kadota has enjoyed their support since then. In 2019, they planned a large-scale project for him in collaboration with the Lincoln Center Young Patrons and the Junior Associates of the MoMA. The exhibition “KADOTA” took place in the Stanley H. Kaplan Penthouse at the Lincoln Center. By removing his given name from the exhibition title, Mr. Kadota sought to highlight the unstable nature of his identity and to express his hopes for new beginnings through the separation of his family name from his given name. The pieces exhibited were purchased by art collectors in New York. 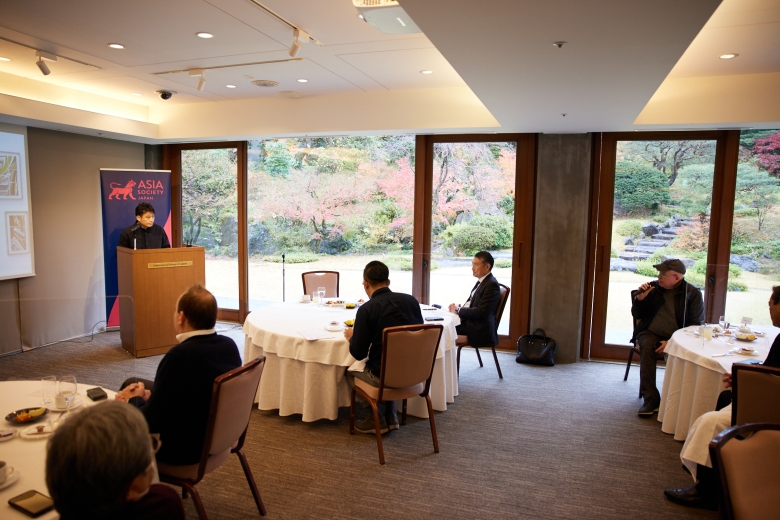 Mr. Kadota was overwhelmed by a strong sense that collectors from New York were really able to evaluate and select pieces with their own eyes. This knowledge helped him understand that individualism is part of the culture in New York that also accepts diversity and different values.

Mr. Franchetti described Mr. Kadota to be “polychromatic but come together as a single, chromatic concept.” These were the exact words that Mr. Kadota had struggled to find. In that moment, he felt that his unstable yet original style, which had often been misunderstood, truly gained meaning.

Orchestrating different perspectives through his art

Mr. Kadota commented that he has been contemplating on how we can view conflicting, diverse perspectives as a unified whole, and how this view may contain possibilities for transforming our society in new ways. He hopes to expand these values and perspectives through his art.

His latest exhibition "Imaginary" was held at MARUEIDO JAPAN gallery in Tokyo in November 2021. The showcased works were “manifold,” a series of paintings that are individually single works but can also be connected as one large piece. His intention was to imply that the unidirectionality of what many people perceive is not always true and correct. He sought to suggest that what seems to be disjointed at first glance is connected in reality.

In conclusion, Mr. Kadota mentioned that there are many subjective experiences that go unseen, and that a variety of social issues today have emerged because we have not properly shared these experiences with each other. He feels that it is his role as an artist to use his style of expression to explore his own identity, in order to offer the world a new and significant perspective, no matter how small.