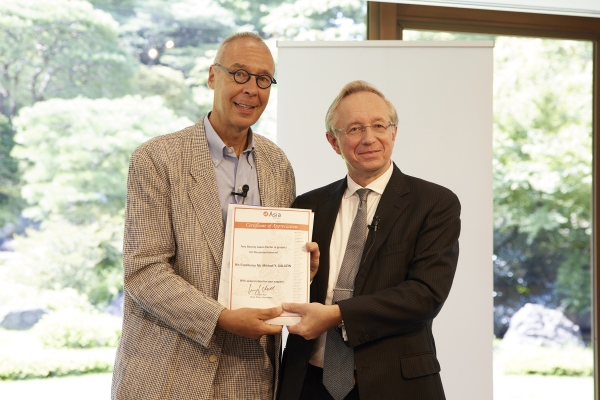 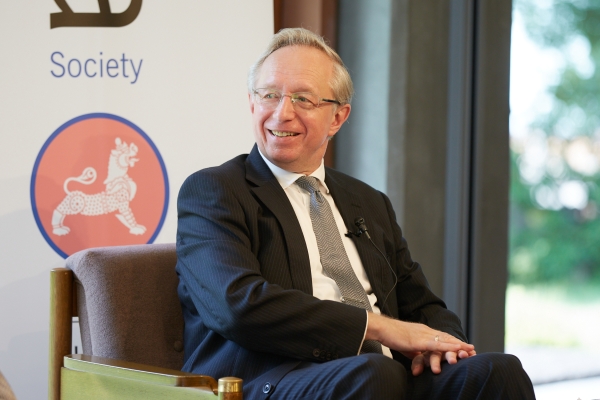 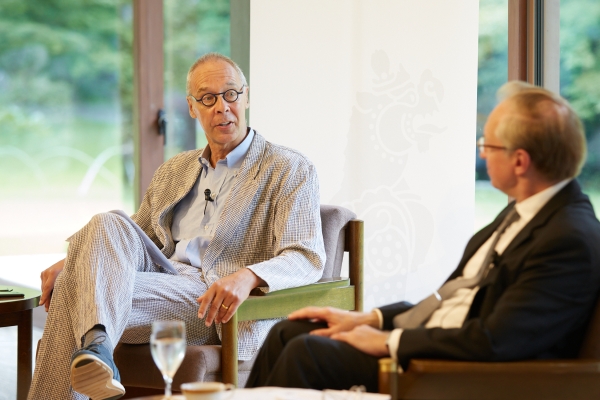 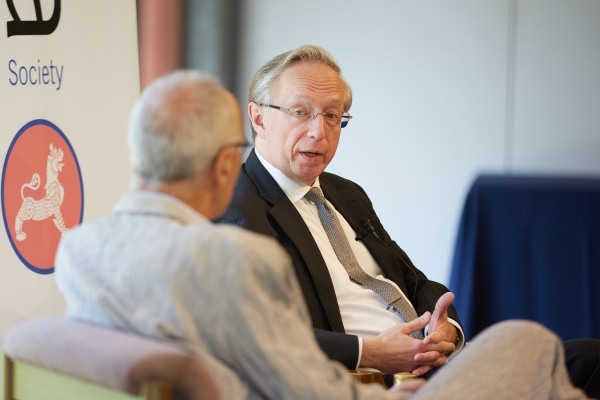 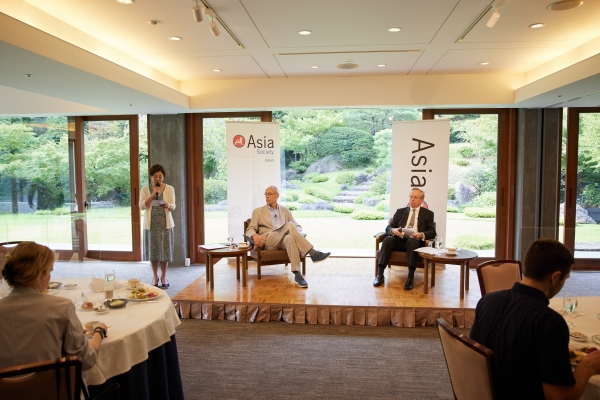 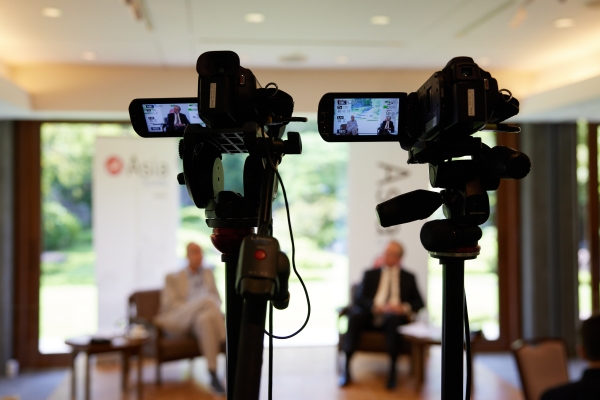 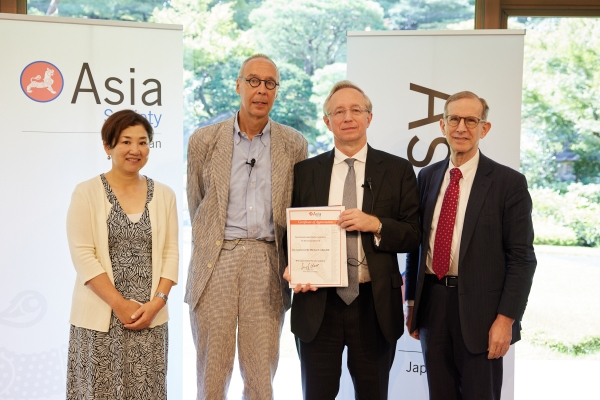 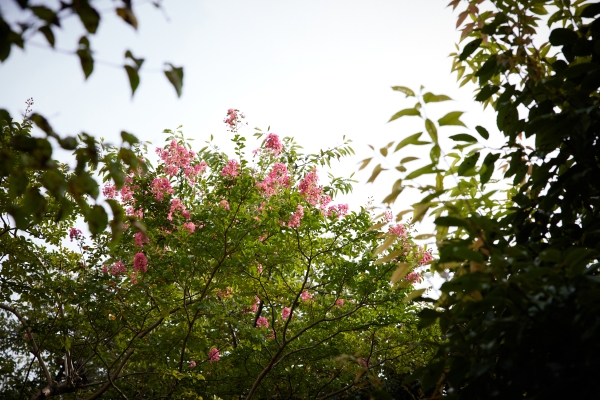 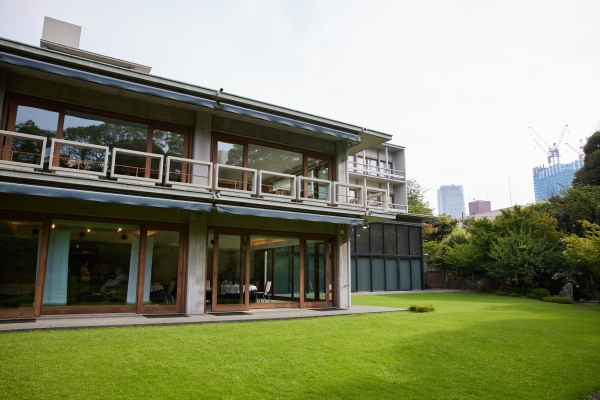 On August 26, 2021, Asia Society Japan Center welcomed H.E. Mr. Mikhail Y. Galuzin, Ambassador Extraordinary and Plenipotentiary of the Russian Federation to the Ambassadors’ Circle. H.E. Mr. Galuzin gave his initial comments on how Russia sees key trends in international relations, Russian strategies in the Asia-Pacific region, and Russia-Japan relations. This was followed by a fireside chat with Mr. Jesper Koll, Japan Center’s policy chair, which covered U.S.-China relations and the prospects of concluding a peace treaty with Japan. The floor was invited to ask questions, which included the geopolitics of the Northern Sea Route from Europe to Asia, the Belt and Road Initiative, the consequences of U.S. operations in Afghanistan.

The Russian perspective of key trends in international relations 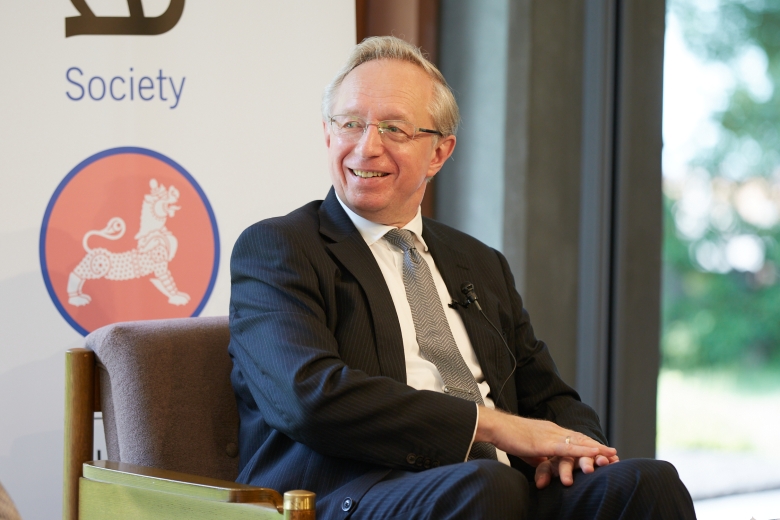 The world is becoming increasingly multipolar. New centers of political influence, economic growth, and military power are making efforts to ensure their legitimate interests. The emergence of China, India, Brazil and South Africa as important actors has enhanced the importance of multinational structures.

On the other hand, the “historical West” continues to try to preserve its domination in world affairs which has lasted for five centuries. This is the ultimate aim lying behind the U.S.-led agenda to contain China and Russia, thus hindering the development of these two states. Western attempts to impose their values, lifestyles and trends upon other countries have no respect for the religions and traditions of the relevant countries. The latest example of such destructive practice is the failure of U.S. military operations in Afghanistan. Russia calls for a collective approach led by the United Nations to address the challenges faced by the international community.

As a Eurasian power, Russia considers its relations with the Asia-Pacific region one of its greatest priorities. The driver of economic growth, the Asia-Pacific is home to intense competition over gaining influence on transformational processes that will shape the future of the region and world order. The Indo-Pacific concept, under which Western powers are seemingly seeking a positive presence in the region, re-introduces ideological division similar to what we saw during the Cold War, and consequently undermines the central role of ASEAN in regional affairs.

Within these closed mechanisms, the West is hammering out so-called rules that are considered alternatives to international law based on the U.N. Charter. This is seen in Western attempts to strengthen NATO’s presence in the Indo-Pacific region. The intention of the West is to marginalize “undesirable nations.” Russia finds such policies in contradiction with regional peace and cooperation. 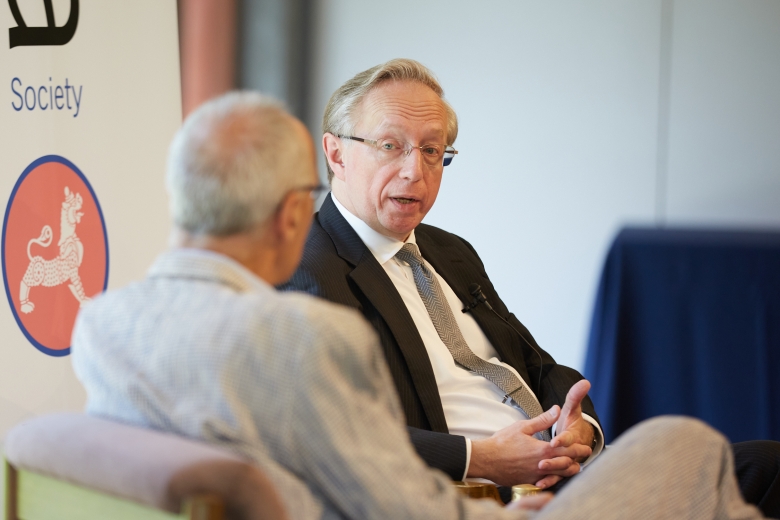 President Putin’s initiative to build the Greater Eurasian Partnership is an integrational contour that will be able to combine the potentials of states and interstate organizations on a larger space spanning the Pacific and Atlantic Oceans, where we would see the free flow of capital, labor and services. This long-term project would further the economic development of all countries in the Eurasian space, as well as contribute to enhancing connectivity and creating a reliable basis for common security, stability and prosperity. Russia also considers the Greater Eurasian Partnership a potential network of free trade agreements. Russia’s main economic integration project, the Eurasian Economic Union, has already signed such documents with Vietnam, China and Singapore and has started negotiations with India and Indonesia. Russia looks forward to the participation of Japanese partners. 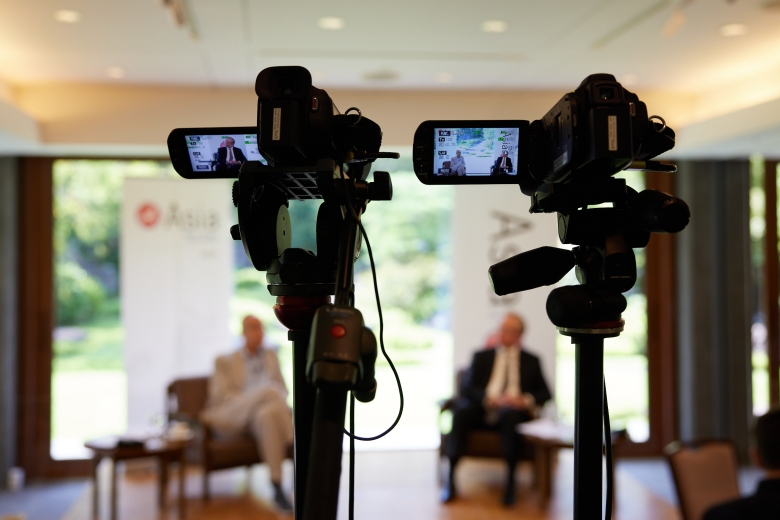 As President Putin mentioned in June at the St. Petersburg International Economic Forum, Russia considers Japan to be a “natural partner” in many areas. The Russian President held 27 meetings with former Prime Minister Abe. In the first telephone conversation between President Putin and Prime Minister Suga in September 2020, the two countries confirmed their mutual intention to promote bilateral relations in a comprehensive way. This was reconfirmed over a recent telephone call between the Foreign Affairs ministers.

Economic ties with Japan rely greatly on the Eight-Point Cooperation Plan, which flags energy as one of the main areas of economic cooperation. Russia has proven to be a reliable Eurasian exporter of strategically important energy resources. In addition to conventional oil and gas projects, a promising area of cooperation would be production and export of hydrogen.

Russia hopes that comprehensive cooperation that is beneficial on both sides will elevate bilateral relations to renewed heights, thus creating conditions for seeking solutions to difficult problems, including mutually acceptable solutions on the peace treaty issue. 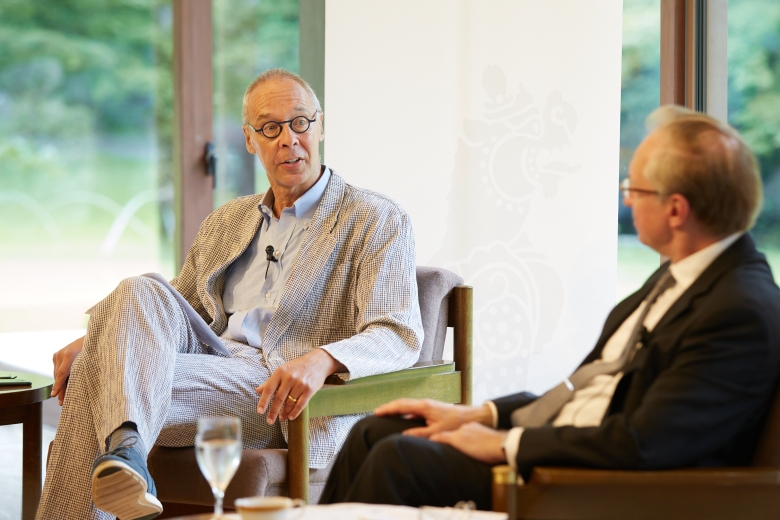 Mr. Jesper Koll pointed out that although the Ambassador mentioned that the world is becoming increasingly multipolar, it would seem that the world was rather structured around the race for leadership between the U.S. and China. Ambassador Galuzin responded that he did not see the global arena being determined by U.S.-China relations, although the two big powers should play a role in shaping global order. Russia seeks a multilateral and collective approach to find mutually acceptable, creative and effective solutions to our common challenges. Russia prefers the equal participation of all actors within the U.N. framework or emerging structures such as the G20. The Ambassador described BRICS as a new type of global governance based on consensus, equality, respect for the legitimate interests of all member states and non-interference with domestic affairs.

Containing China, or any country, will not lead to stable, balanced, and secure international relations. The more the U.S. insists on domestic issues in China, the less likely it will be that mutually beneficial relations can be forged.

Will there ever be a peace between Russia and Japan?

In response to Mr. Koll’s comment that despite the strong relationship between the leadership of Russia and Japan, little progress has been observed in territorial issues and developments towards a peace agreement, Ambassador Galuzin stressed that peace was indeed restored in 1956 when the Joint Declaration was signed. The absence of a peace treaty has not prevented the development of bilateral relations to a high level. Russia feels that a future peace treaty should outline prospects for good neighbor relations for partnership, peace and cooperation and seeks a more comprehensive agreement. It is ready to continue peace treaty negotiations, taking into account the recent amendments to the Russian constitution.

Opening the floor for questions, the conversation was continued on various topics, including the geopolitics of the Northern Sea Route from Europe to Asia, the Belt and Road Initiative, the consequences of U.S. operations in Afghanistan. 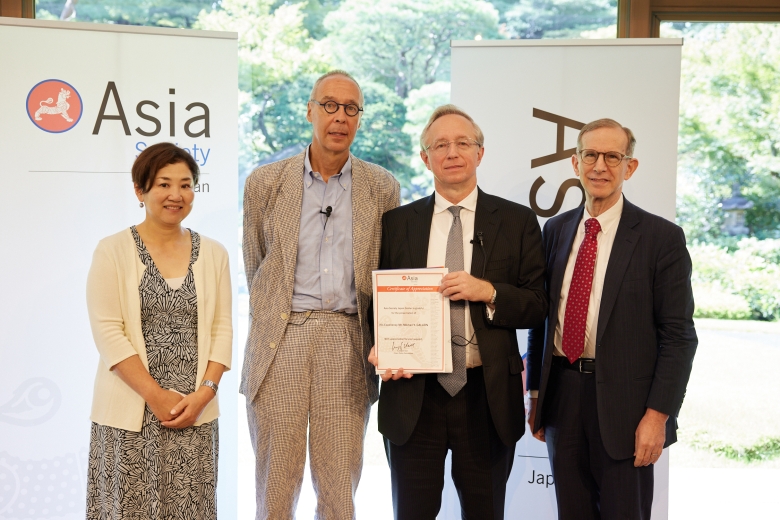