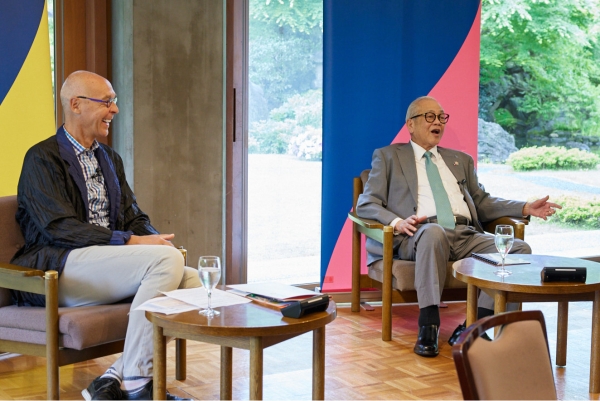 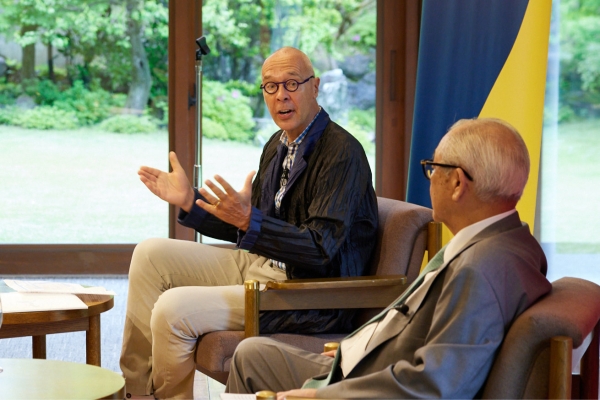 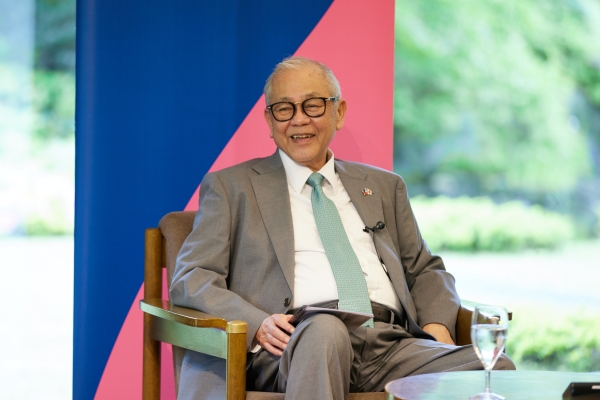 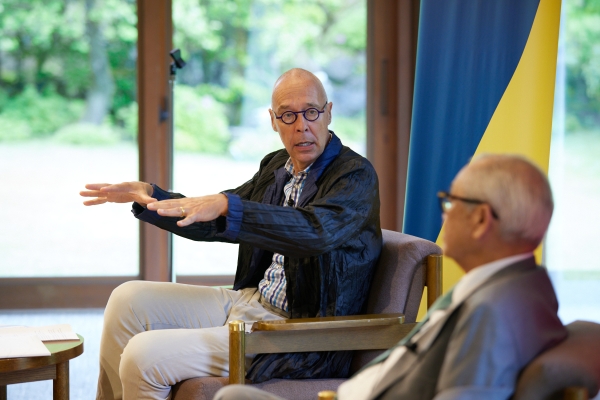 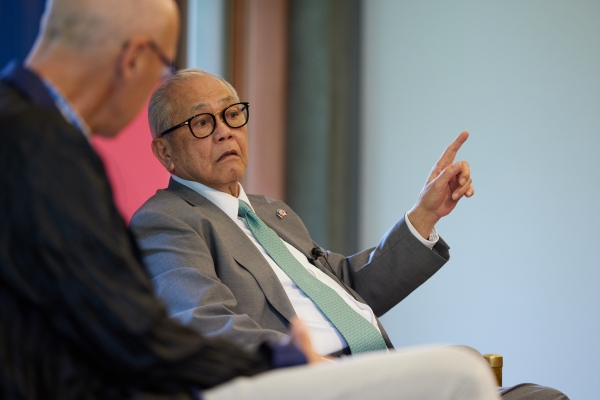 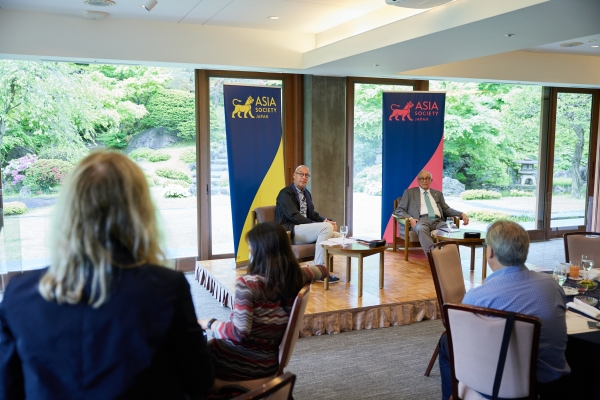 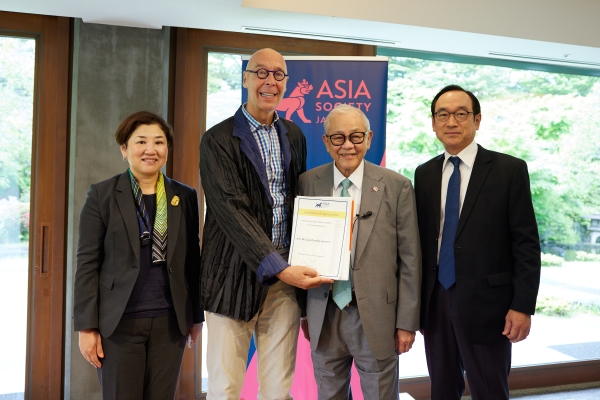 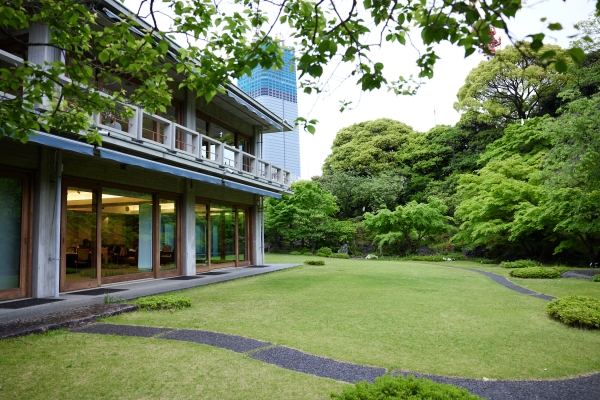 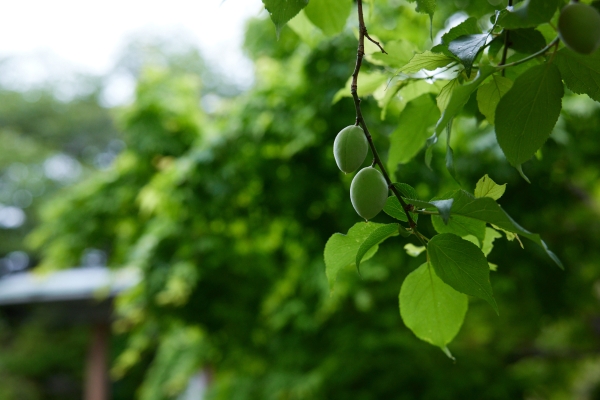 On April 27, 2022, Asia Society Japan welcomed His Excellency Mr. Jose Castillo Laurel V to the Ambassadors’ Circle. He gave a presentation titled "Asian Century: The Need for Right Moral Orientation" and discussed much-needed values and principles for the coming century. He also engaged in discussions with Jesper Koll, chair of the policy committee at Asia Society Japan, and the audience on various issues.

Despite the economic slowdown caused by the COVD-19 pandemic, Asia is projected to remain the fastest growing region in the world. If it sustains the momentum of its growth, the region will become the epicenter of global prosperity by 2050, producing over half of the world’s GDP and accounting for half of the world’s output, trade, and investment. As Asia re-emerges, the fruits of the Asian century should be shared with the rest of the world.

Values for the 21st century

Globalization, as we know it today, has taken the form of Westernization. This has resulted in the marginalization of non-western thoughts and institutions, as well as the exclusion of hundreds of millions of people from the prosperity that globalization offered.

In contrast, Confucianism, an Oriental philosophy that guided the late Philippine President Jose P. Laurel, the Ambassador’s grandfather, is more inclusive. Traditional Asian values for governance are driven by morals and prioritize our family and community before ourselves. They seek the peaceful settlement of disputes, place great importance on education, and are open to diversity. 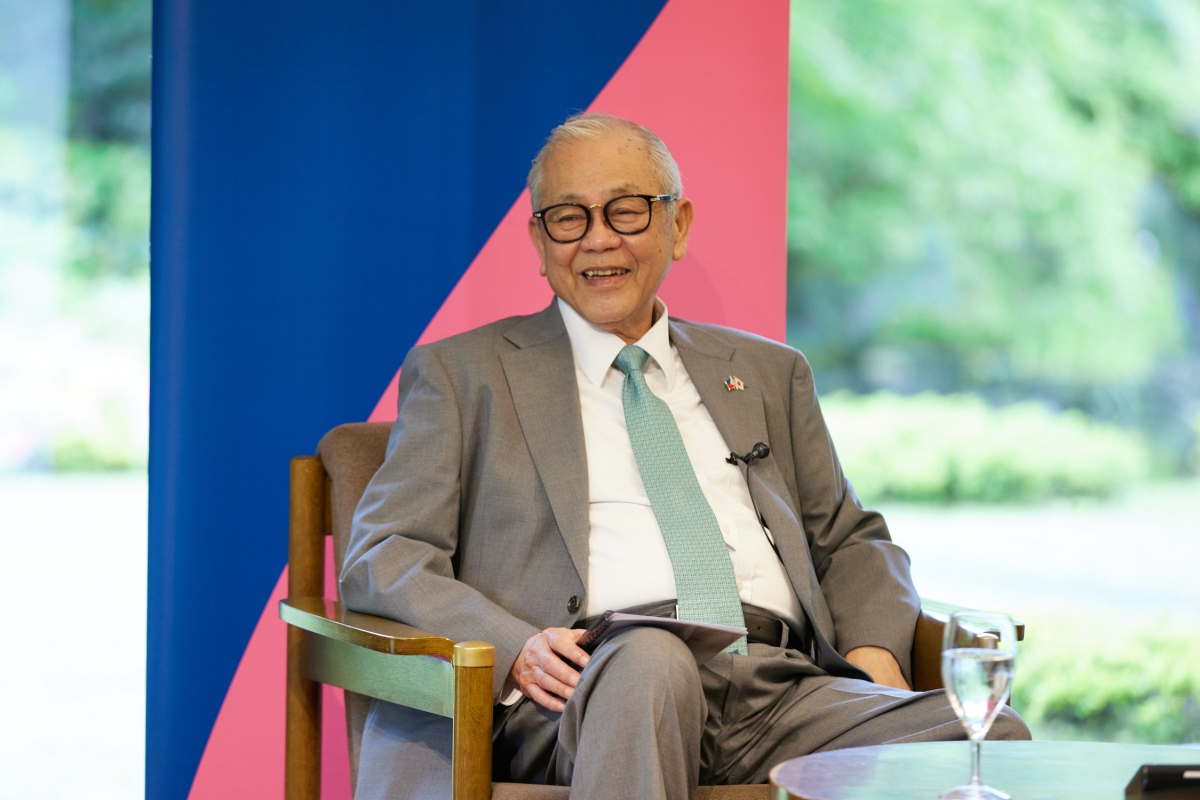 The past century was supported by individualism in intellectual thought, as well as in the political and economic systems. Although Max Weber connected Western capitalism with the Puritan value of diligence, unfettered individualism encourages global actors to make decisions based solely on self-interest and material success. Hence, we are now challenged with diminishing resources and appalling inequalities between countries.

If the Asian century seeks to deliver peace, sustainable development, and human rights and dignity for all, we must reach beyond ourselves and care for our neighbors. Japan’s “diplomacy with a sense of caring and robustness” corresponds with this concept. After becoming Asia’s original model of economic success, Japan took the initiative in offering aid to its Asian neighbors and the world. Not only has the Philippines benefitted from Japan’s presence in Asia, but ASEAN has also enjoyed Japan’s full support for its efforts in promoting peace, stability, and development in the region. Japan has recently announced that it would strengthen its initiatives for the ASEAN Outlook on the Indo-Pacific.

The inequitable distribution of resources results in escalated conflict. War affects us all in our interconnected world. Disputes are best settled when the antagonists are given ownership of the resolution and are thus offered the opportunity to find a peaceful way to solve it. The mode of resolution must be within the framework of international law, coherence, and consent of the parties.

Learning from the success of the ASEAN Regional Forum (ARF), international organizations should proactively engage in preventive diplomacy, good offices, facilitation, and dialogue. By providing fora for states to engage in discussions, international organizations can help parties settle their differences behind the scenes. Conflicts from past centuries have taught us that the earlier the root causes of a potential conflict are identified through discussion, the more likely it is for the parties to engage in constructive dialogue to negotiate a peaceful resolution. 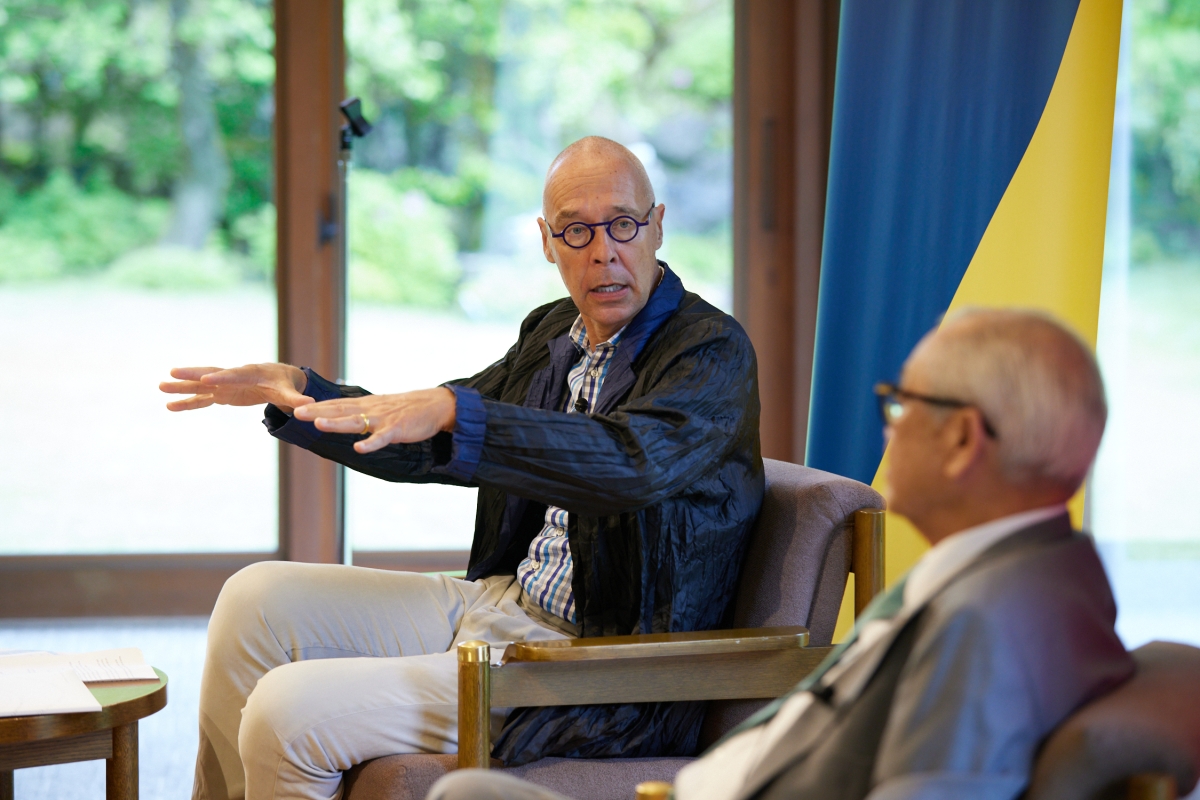 The Asian Century coincides with the dawn of a new era brought about by unprecedented technological change, or the Fourth Industrial Revolution. For countries to equitably reap the full benefits of the Fourth Industrial Revolution, we should endeavor to create an enabling environment. We need to lay particular emphasis on strengthening our investment in people through quality education. Education is a preeminent public good, known as the great equalizer. It unlocks opportunities and is the primary enabler for achieving the Sustainable Development Goals (SDGs).

History has shown that every society that achieved global dominance during its time was extraordinarily pluralistic and tolerant in the course of its rise to preeminence. The emphasis on tolerance is extremely important in the contemporary world, with globalization carrying the risk of eroding human diversity. We must avoid falling into the trap of separating people into “us” and “them.” Instead, we should practice a way of life based on mutual understanding and respect for others, in the belief that diversity is to be embraced, not feared. 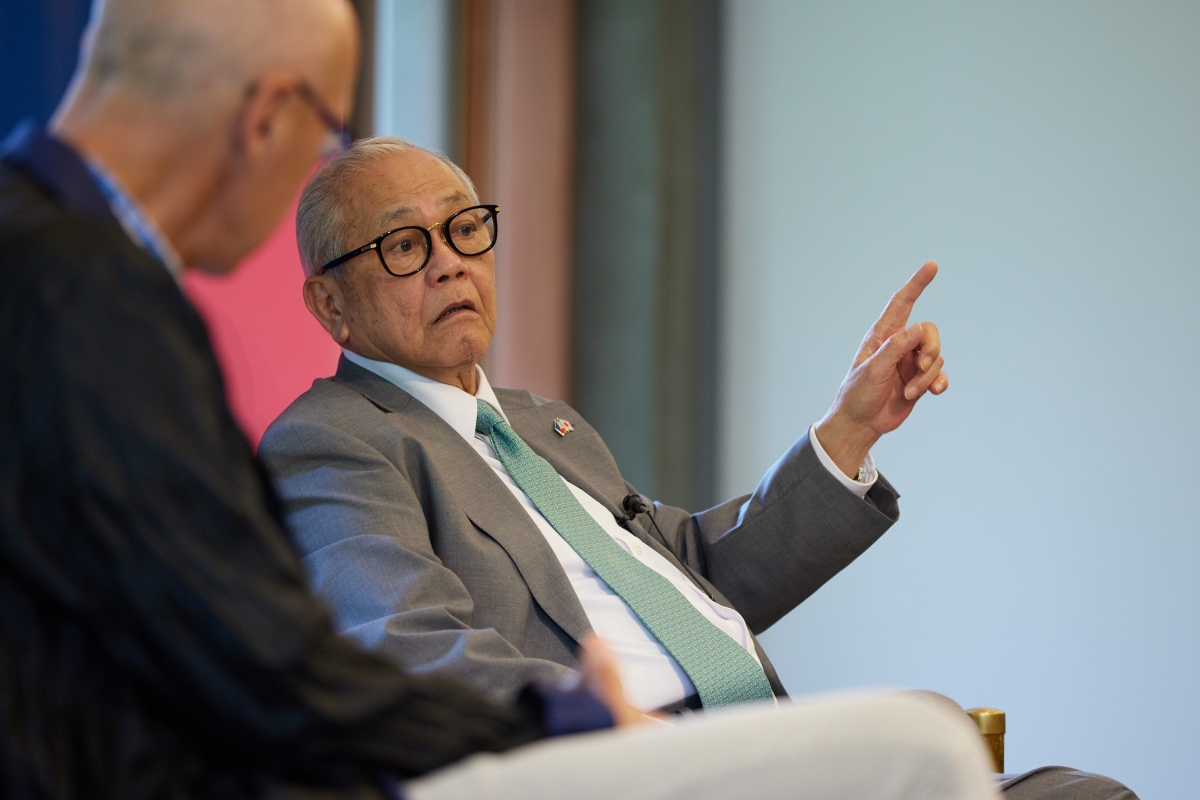 As the Asian Century unfolds, Asia will need to gradually transform itself from a passive follower of rules to an active member of the world community and a constructive rule maker. With the right moral orientation, we can make sure that our goal for a just, equitable, prosperous, and sustainable world turns into a reality for the billions of people with shared expectations for a vigorous Asian Century. In the end, it is not wealth, but a strong moral compass that will guide us to our goals.

Following his initial comments, the Ambassador engaged in a fireside chat with Mr. Jesper Koll on various issues, including the development of the Quad and his passion for Japan, introducing his family history. Throughout the conversation, the Ambassador empathized with the Oriental values of cherishing one’s direct family, especially small children who are our future. He pointed out that freedom and democracy should be rooted in selflessness, not selfishness, and that when one cares for another, kindness is returned. He called for the importance of this to be practiced in the Asian Century.

Receiving some questions from the floor, the Ambassador discussed the upcoming presidential election, the reception of Japan in Southeast Asian countries, and relations with China. 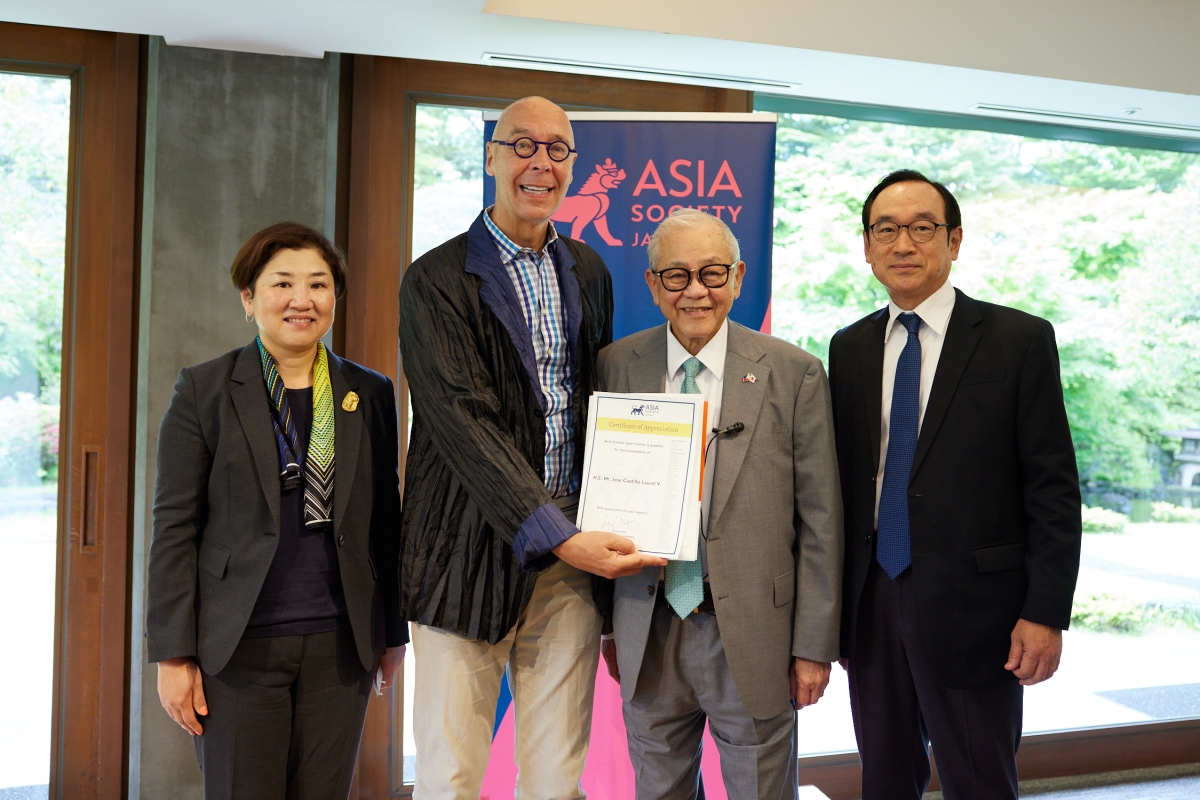