Ambassadors' Circle with the German Ambassador 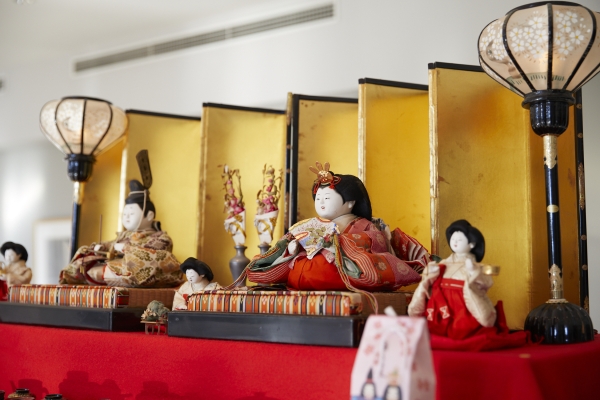 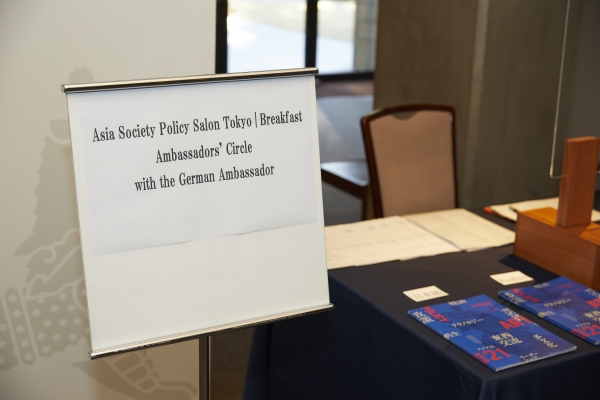 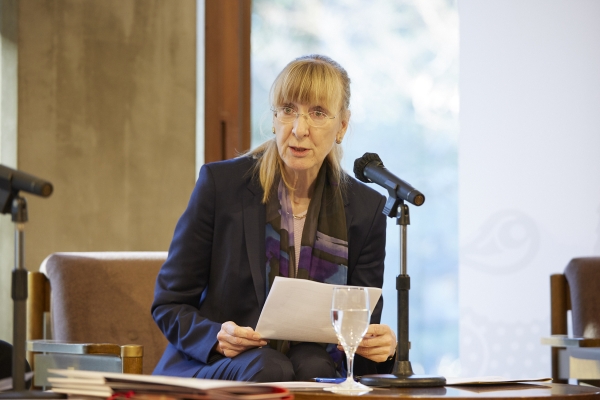 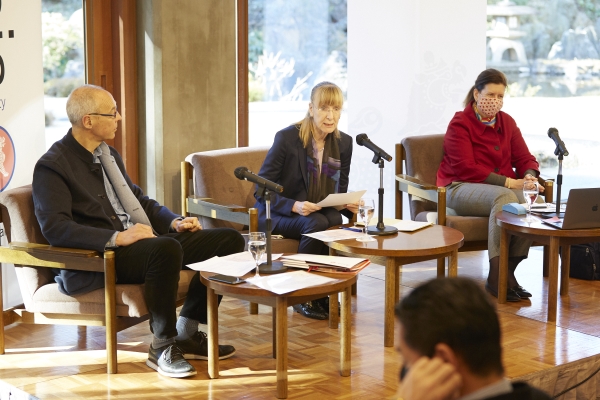 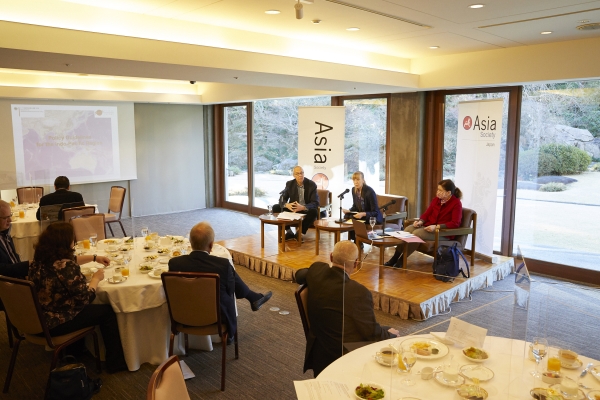 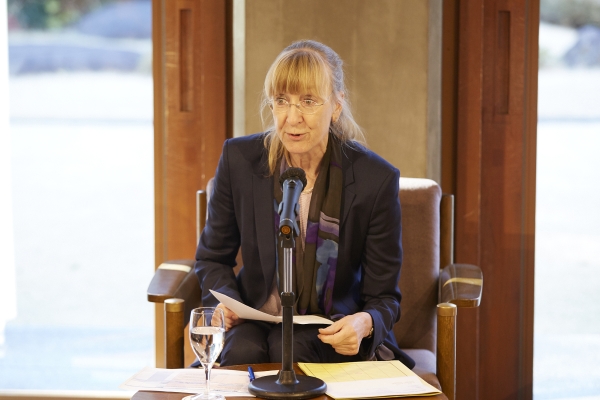 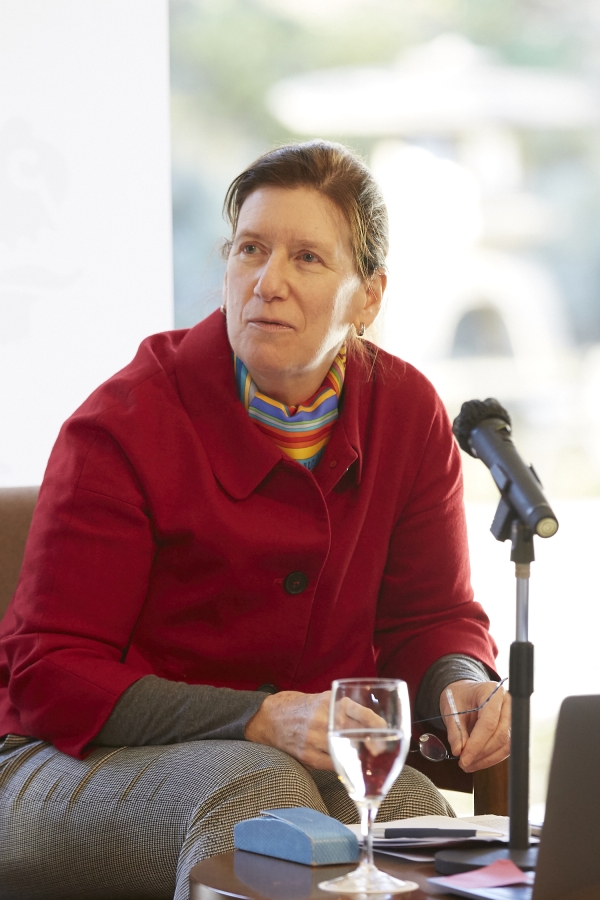 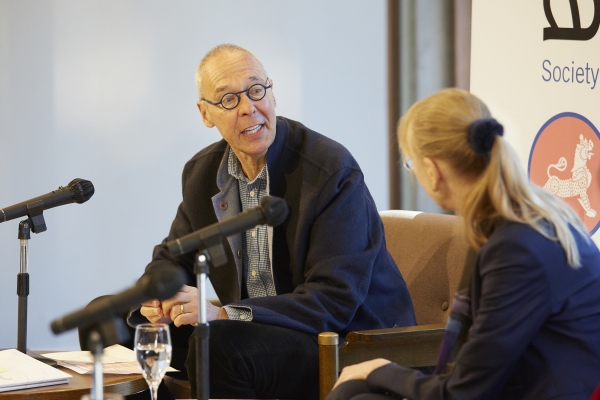 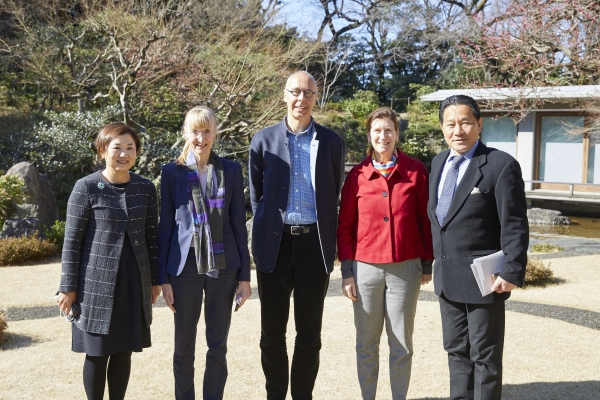 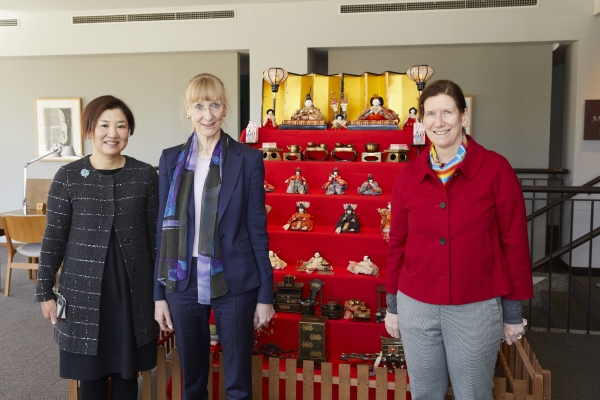 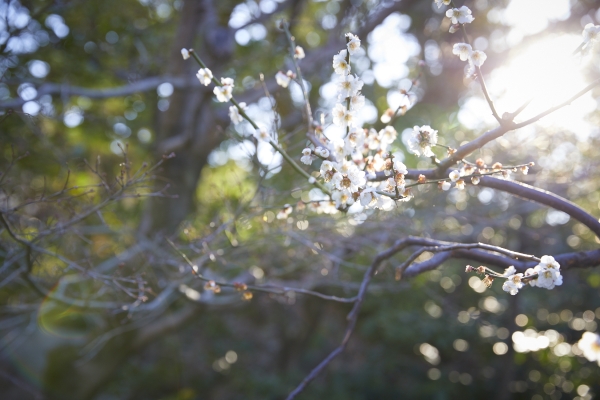 Ambassadors' Circle with the German Ambassador

H.E. Ms. Ina Lepel, Ambassador of the Federal Republic of Germany to Japan

Ms. Susanne Welter, Minister for Economic and Scientific Affairs at the German Embassy in Tokyo

Ambassador Lepel started the conversation by offering her initial comments:

Last October, Germany released its Policy Guidelines for the Indo-Pacific Region. The German government was surprised at the positive reception among the media and Japanese Government, even before the official English version was published. The reactions show that the rethinking of policy for the Indo-Pacific has been long overdue and indicate a sense of urgency and a willingness to work together. Germany’s traditional view of the region had a strong economic focus but has recently expanded to geopolitical issues, more or less influenced by the increasing rivalry between the U.S. and China. It is foreseeable today that the future world order will be determined in the Indo-Pacific.

The Guidelines point out that a new bipolarity between the U.S. and China establishing strong fresh dividing lines across the Indo-Pacific would not be in Germany’s interest. No country should be forced to choose between two sides, as in the Cold War, or fall into a state of unilateral dependency. Hegemony would not be a desirable scenario either. The Guidelines are inclusive and seek to diversify Germany’s relations with different economies, including partners with shared values. Comprehensive in scope, the Guidelines cover initiatives, including acting against climate change, promoting human rights, strengthening fair and sustainable trade, strengthening peace, stability and security in a region lacking an institutionalized security architecture.

Germany wishes to work with partners in the region on safeguarding open sea lines of communication and improving connectivity between the EU and Asia in terms of both physical infrastructure and digitalization. Germany also wishes to step up its security policy engagement in the region and seeks to be more involved in measures to preserve the rules-based order, such as the principles of the U.N. Convention on the Law of the Sea, and to monitor U.N. sanctions against North Korea.

Multilateralism is a guiding principle of German policy in the Indo-Pacific region. Stronger political, economic and security networks help to reduce unilateral dependency and preserve sovereignty. A practical example is its cooperation with ASEAN. During Germany’s EU presidency, the EU and ASEAN have finally decided to upgrade their relationship to a strategic partnership. Germany seeks to act within the framework of EU because it knows that European countries will have a stronger impact when acting together.

Germany’s Policy Guidelines and Japan’s vision of a free and open Indo-Pacific share common ground. Neither Japan nor Germany are superpowers that can afford to ignore the larger context and simply act on their own. Instead, Japan and Germany share a common interest in upholding the rule-based international order. New bipolarity would not be in the two countries’ common interests and in response to such tendencies both countries need to further diversify their relations with the region both geographically and with respect to all the policy agenda.

Germany and Japan should work together to make good use of this moment, identifying projects of common interest, collaborating in many fields, and contributing to the future prosperity of the Indo-Pacific region.

Following the Ambassador’s initial comments, the Ambassador and Mr. Koll engaged in a short chat regarding the Chinese response to the new Policy Guidelines which were not as enthusiastic as what was seen in Japan. Then, Ms. Welter offered more details of the economic aspects of the Policy Guidelines for the Indo-Pacific Region:

Germany is by far Japan’s most important trading partner within the EU and Japan is Germany’s most important trading partner in Asia after China. As mentioned by the Ambassador, both Germany and Japan value multi-polar rules-based international order, with open shipping routes and markets. The strategic goals of the Guidelines also include diversification of economic engagement in the region with a less China-centric approach, consideration of US-China competition without becoming a part of it, and enhanced attention for the issues of “Economic Security,” which has increased its importance in the COVID-19 pandemic.

The Guidelines cover areas including digitization, trade, connectivity, infrastructure, third market issues, energy and climate, and standards and norms. The pandemic underscored the necessity of further digitization and new value chains more flexible and less dependent on single production site. It is important to keep up in the technology race by shaping the technical standards of the future, addressing cybersecurity, and striving for digital sovereignty, protecting both security interests and privacy aspects. Cooperation will improve the chances of both Japan and Germany in international competition.

The unique Connectivity Partnership established between EU and Japan in 2019 has yet to define projects and faces various challenges, among others funding constraints. The Connectivity Partnership would importantly take shape in the area of infrastructure, where Japanese and German companies can combine technologies, know-how, standards and financing to be competitive together.

There is high potential for cooperation in the energy field, especially in the context of carbon neutrality. Cooperation in renewable energies, green hydrogen and energy efficiency offers great potential. Germany also seeks to strengthen the climate policy profile with ASEAN through projects in the areas of biodiversity conservation, marine litter, climate resilience, and sustainable urban mobility.

Germany has also seen that standards and norms are a matter of high interest in the region. China is also keen on leading standardization on the global stage. Germany and Japan can play a crucial role in setting standards in important areas.

Following initial comments, Ambassador Lepel and Ms. Welter discussed how Germany and Japan could strategically team up with other countries to set global standards in the presence of American and Chinese systems that are so much larger and dominant. Later, the audience was invited into the conversation, which covered trends to renationalize supply chains, Germany’s view of the quad and a “free and open Indo-Pacific,” potential engagement in TPP, the differences in Japanese and German approaches to hydrogen, prospects of successfully setting the standards in the Indo-Pacific region, how the situation in Myanmar has been viewed, and areas of increased focus in the context of economic security.