Islam in a Multicultural World 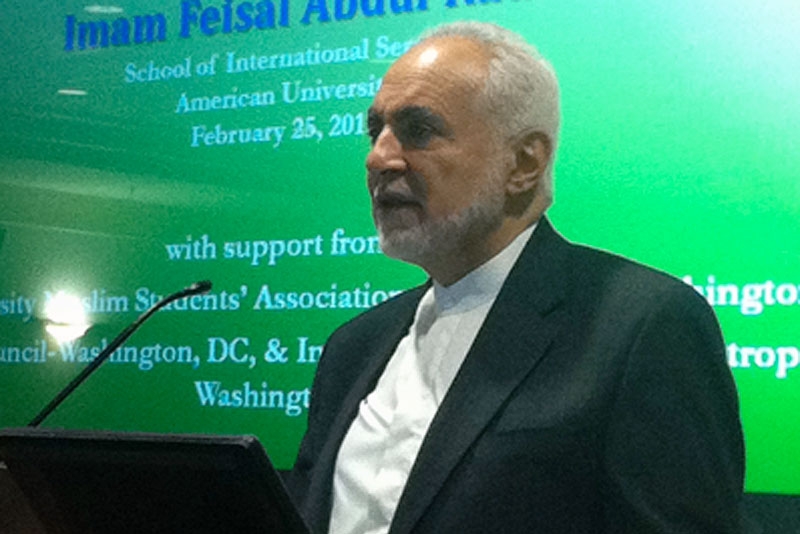 This was the argument made here by Imam Feisal Abdul Rauf, who was until recently one of the prime movers behind the hugely controversial Park51 Islamic cultural center in New York City.

In the panel discussion "Islam in a Multicultural World: Experiences from Malaysia and the United States" at American University, Rauf argued that societies derive real benefits when different ethnic and cultural groups work together. He explained how the identities of societies evolve over time and incorporate different cultural influences as their own.

The Kuwaiti-born Rauf cited the importance of immigration in a successful multicultural society, claiming that immigrants bring "intellectual and financial capital" to their adopted countries along with their own cultural identities. For example, immigration from South Asia to the UK led to "curry and a beer" becoming the favorite meal at British football matches.

Rauf argued that the success of Malaysia and the United States lies in each country's willingness to embrace multiculturalism. "What made America America was immigration," he said.

In contrast, Rauf said that efforts to establish mono-ethnic societies in Egypt and Indonesia resulted in gradual, decades-long impoverishment in both those countries. Both nations enjoyed the benefit of having diverse populations in the past, but the rise of pan-Arabism in Egypt and the massacres of ethnic Chinese populations in Indonesia eliminated such diversity.

Meanwhile, Malaysia has benefited tremendously from the value of practicing tolerance and retaining a complex society. According to the Imam, "A lot of the success of Malaysia, and the impoverishment of Indonesia, was because of that difference of the accommodation and embrace of multiculturalism, of having multiple identities within that society."

Rauf later discussed the challenges that Malaysia has in balancing the different concerns of its different ethnic groups with Thomas J. Reckford and Robert Marro of the Malaysia-America Society, and Professor Pek-Koon Heng from the ASEAN Studies Center at American University. With regard to these issues, Rauf responded by saying that societies are dynamic and that good governance only comes about from modifications in law—and added that Malaysia has to engage in that process just like any other society.