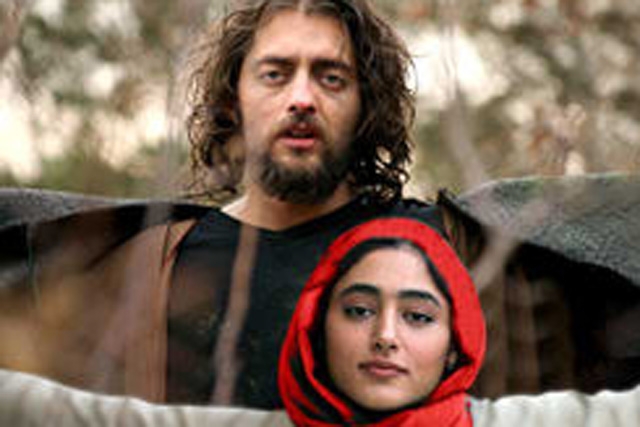 NEW YORK, November 13, 2008 - Iranian cinema icon Dariush Mehrjui was at the Asia Society New York to screen his latest film Santouri, a harrowing account of a talented musician’s addiction to heroin. Winner of the Best Actor and Audience Awards at the 2007 Fajr Film Festival, Santouri was banned indefinitely three days before screening publicly in Tehran.

During the post-screening discussion moderated by Dr. Jamsheed Akrami, film professor at William Paterson University, Mehrjui said his portrayal of the realities of heroin addiction was motivated by his desire to draw public attention to the serious problem of drug abuse in Iran and the Middle East.

Mehrjui also addressed questions from the audience, discussing his artistic influences, his choice of soundtrack for the film—a fusion of modern and traditional music—and the effect of censorship on the creative process.

Called “one of Iran’s most accomplished and courageous fimmakers for four decades” by Kevin Thomas of the Los Angeles Times, Mehrjui said he was “disappointed” by the Ministry of Culture and Islamic Guidance’s decision to ban the film in his home country, but acknowledges the audience’s reception of the film’s message as a sign of its “success.”

Listen to the complete program (44 min.)