An Interview with Ha Jin 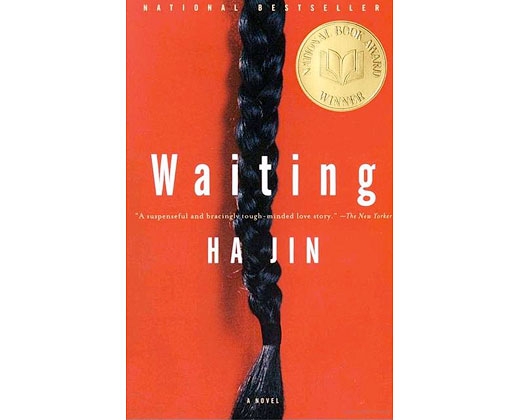 An accomplished poet, novelist, short story writer, and professor, Ha Jin is the author of several critically acclaimed works, including Waiting, Under the Red Flag, Oceans of Words, and The Bridegroom. Currently a professor of creative writing at Emory University in Atlanta, Ha Jin came to the US to study English literature at Brandeis University and decided to remain in the country after watching the events in Tiananmen Square on television. He is the recipient of a National Book Award, a PEN/Faulkner Award, and a PEN/Hemingway Prize. Set in China during the Cultural Revolution, Ha Jin's works explore the timeless themes of brutality, desire, and wasted potential.

Asia Society spoke with the author on November 17, 2000 when he was in New York City for an Asia Society event.

How did you get the idea for Waiting? Are your short stories entirely works of your imagination or are they based on real life?

Waiting [is based on] a tale that my wife told me the first time I visited my in-laws. They served in an army hospital. One day we walked outside and I saw a man from a distance but I didn't see his face. My wife mentioned that guy waited 18 years to get a divorce and now the second marriage is not working. Later, I joked, "This would be good for a novel. I am going to write a novel based on this." And I tried but I didn't have the skills then. Also, I was not that interested in writing novels until I began teaching writing at Emory. I had to publish in order to keep my job. So I think that's why I started writing Waiting in 1994.

And the short stories—are those also based on true stories?

What were your years like in the Chinese army? How long were you in the army and how has that experience affected your work?

I was in the army toward the end of 1969. I stayed there until 1975. I don't know. It was quite exciting at the beginning. We thought there was going to be a war, but nothing happened. In retrospect, I felt later on so much potential had been wasted in myself and others. A lot of men and women who were very, very smart just wasted potential in the army. I think it affected me and it was good for me to meet different kinds of people. Also, physically it could be quite tough. Mentally it wasn't because everything was quite clear. We knew what we were going to do. If you're supposed to die, you die. But physically it was hard and that helped give me discipline.

This wasted potential you talk about reminds me a lot of the character of Lin in Waiting. He shows very little sense of agency. Do you think that Lin or Shuyu can change this about their character? Is this lack of agency essential to their characters?

I think they could have changed but the environment was too harsh. In that sense, their surroundings worsen the situation. There was no room for them to grow.

Could this story take place anywhere or is it particular to a communist society?

This story could happen somewhere else in a different form, but the core of the story would be the same. There can be a traumatic experience in anyone's life and it can emotionally cripple a person. Basically Lin is emotionally crippled. This happens to many other people, too, not just in China. In fact, I got letters from some Americans who had emotional lives like Lin. Maybe in a different form, but in essence they were very similar.

You started off writing poetry, correct? When did you switch to prose?

I am still writing poetry. In poetry so much depends on luck. I still try. I have a book of poems coming out this winter. But recently I have spent so much time on fiction. It was hard as a poet to teach poetry writing. I want to be a good poet. I don't know if I can be, but I try.

When did you start learning English?

It was after I left the army. I became a calligrapher at a railroad company. At the time the city started to have an English study program on the radio. So I began to follow that for half-an-hour a day. That's how it started. I wasn't wholeheartedly into these studies. I thought I would eventually be able to read books in English. I viewed English as a tool. In my first two years of study I never really liked English. I studied hard in my third and fourth years because I wanted to study literature and I had to pass an English test.

There are influences that are very hard to trace. For many years I really loved Faulkner. But he's not the kind of author you should be influenced by. Maybe spiritually, but not in form. I read a lot of American authors and I think there must be some influence I was not conscious of, even in the case of Faulkner. I taught Faulkner so many times and he is an example of using the collective voice. I wrote a number of stories in the collective voice. But for inspiration, I go to the Russian authors—Chekhov, Tolstoy.

Do you conceive of your work in English or in Chinese? Have you ever written in Chinese?

[I conceive of them] in English. I have to, otherwise they would be completely different. I wrote some poems in Chinese and maybe one or two stories before I came to the US. And then once I decided to write in English I only wrote letters in Chinese.

Definitely. You have to change yourself when you change languages.

How has teaching affected your work?

I have mixed feelings about it. On the one hand I learn a lot, especially when I teach literature. I have to work hard at it. I become more aware of writing. On the other hand, when I teach creative writing workshops, I become the source of the students' nourishment. The same energy that I could use on a manuscript I put into their work. It can be very draining. But on the whole I think teaching is a decent way to make a living. I think it has taught me to be less serious about my work. I mean serious... about being commercial and about so-called success. If I didn't teach, so much would depend upon the book. And then I don't know what would happen. A good book may never do well at all. I know of some writers whose works become bestsellers and every time they [make the bestseller list], they become more worried.

Has winning the National Book Award and the Pen/Faulkner Award changed the way you write?

Yes, it puts more pressure on me. Before that I was an underdog. After that, you're supposed to be overthrown. People view me differently.

Have you been back to China since you came to the US? Do you intend to ever go back?

Maybe, but only to visit. For some years I tried really hard to go back. In the beginning I had every intention to go back, before the Tiananmen Square massacre. My dissertation was written for the job market in mainland China. That's why I couldn't find a job [in the US] for three years. My dissertation was written in the English department, but it was really in comparative literature. As a result, I couldn't find a job. So for some years I tried [to go back to China] but I couldn't get my passport renewed. Once I became an American citizen, that desire to go back was not as intense.

All of your stories are set in China. Do you plan to write about the immigrant experience in the US?

Now the US has become the only subject that is meaningful. China has become history. I am not familiar with contemporary China…. [Right now] I am working on a novel that I started a long time ago. I have to finish it. It is perhaps my last book set in China.

As a writing professor it's hard for you to give a condensed answer to this question, but what's the most important kernel of advice you can give young writers? What is the process of writing like for you?

Be patient. Patience is everything.

I write everyday. When I have a large amount of time, in the summer, I can write a draft of a book and then when I teach I can edit and revise the book. Even though I work everyday, it doesn't mean I write everyday. It's impossible. It takes such a long time. It's far from finished once you have a rough draft. Sometimes you just waste weeks and months. It happened to me a few times. I wrote 18 pages and realized it was terrible and had to start again. That's why patience is everything.