The International Human Rights System is Dead, China Killed It 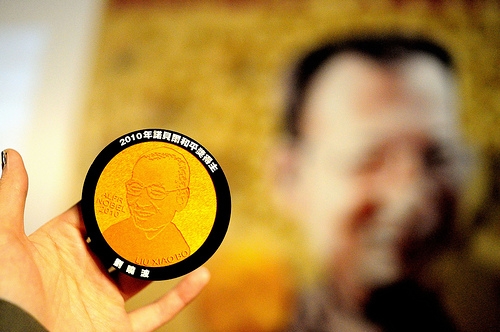 China's relentless lobbying to prevent world leaders from attending last week's ceremony awarding the Nobel Peace Prize to Chinese dissident Liu Xiaobo is only one symptom of a much broader global transformation.

Among the numerous implications of China's rapid rise, many of them very positive, at least one thing is abundantly clear—China has decapitated the international human rights system.

In the shadow of World War II and the Holocaust, the principles of a universal human rights system were codified in a series of documents including the UN Charter, the Universal Declaration of Human Rights, and the genocide convention which asserted that states no longer had the unlimited right to murder large number of their own citizens. Because pre-war nationalism had played such a strong role in fomenting catastrophe, compromises to absolutist concepts of state sovereignty and assertions of rights that applied directly to individuals, human rights, were cornerstones of this revolutionary development in international affairs.

These norms and practices developed, unevenly and with large, deadly exceptions, over the second half of the 20th century. The Helsinki Accords were signed in 1975 in spite of Cold War differences; sanctions on South Africa played a key role in that country’s transformation; and strong international action was taken to protect the human rights of the Kosovar Albanians against their sovereign state, to give just a few examples. Inadequate responses to genocides in Cambodia and Rwanda were widely seen as failures to live up to a human rights standard that was nevertheless gaining increasing legitimacy.

China's rise has changed this narrative.

As a country that has seen its sovereignty violated by Western powers and then Japan over the past two hundred years, fears secessionist movements in Xinjiang and Tibet, seeks to assert authority over Taiwan, and animated by a culture that often places collective progress over individual rights, Beijing often sees absolute national sovereignty as a key to national cohesiveness. This concept stands in sharp contrast to the norms of the post-war human rights system.

In the Western-led world of the past half-century, China's denial that human rights supersede state sovereignty did not ultimately undermine the rough global consensus surrounding these issues. With China emerging as the world’s second most important country, almost any international system the country does not join or support will quickly become obsolete. Human rights is a case in point.

In nearly every international context where human rights are being massively abused, China has positioned itself as the main protector of the abusing government. In Sudan, China shielded the Bashir government in the UN as Sudanese troops and allied militias used Chinese arms to commit genocide in Darfur. Brutal regimes in Burma and North Korea similarly could not survive without strong Chinese support, protection, and weapons. Efforts to block Iran from gaining nuclear weapons have themselves been blocked by China, as have efforts to pressure countries like Zimbabwe and Sri Lanka to adhere to international human rights norms.

Because of China’s willingness to capitalize politically and economically, often in natural resource deals, on opportunities created by international pressure, international efforts to protect human rights generally have no net effect on the abusing regime’s actions and only push them towards closer relations with Beijing. States seeking to uphold international human rights standards must therefore choose between working to promote these standards to their own strategic detriment and with minimal prospects for success, or to refrain and implicitly confirm that the state-enforced international human rights system is dead. Increasingly, they are making the second choice.

This does not mean that there is not a role for more abstract international standard-setting or that civil rights movements, efforts by citizens to fight for their rights within their own countries, are dead, even in places like China. It also does not mean that human rights advocates should not rejoice at what China has done to bring hundreds of millions of its people out of abject poverty. It does mean, however, that those unlucky souls around the world who find their rights massively abused by their own governments can, thanks largely to China, expect little or no help from foreign states.

In short, the post-war system of fundamental individual human rights superseding state sovereignty in cases of mass, government-led abuse of its own citizens is coming to an end and the world, from a state sovereignty perspective, is starting to look more like the 19th and early 20th centuries.

Unfortunately for us all, we already know where that disastrous system leads.

Jamie Metzl is Executive Vice President of the Asia Society. He served in the U.S. National Security Council and States Department during the Clinton Administration and as a Human Rights Officer with the United Nations in Cambodia. The views expressed are his own.

Jamie previously commented on this subject in the Wall Street Journal.