Young Turks on the Political Turf 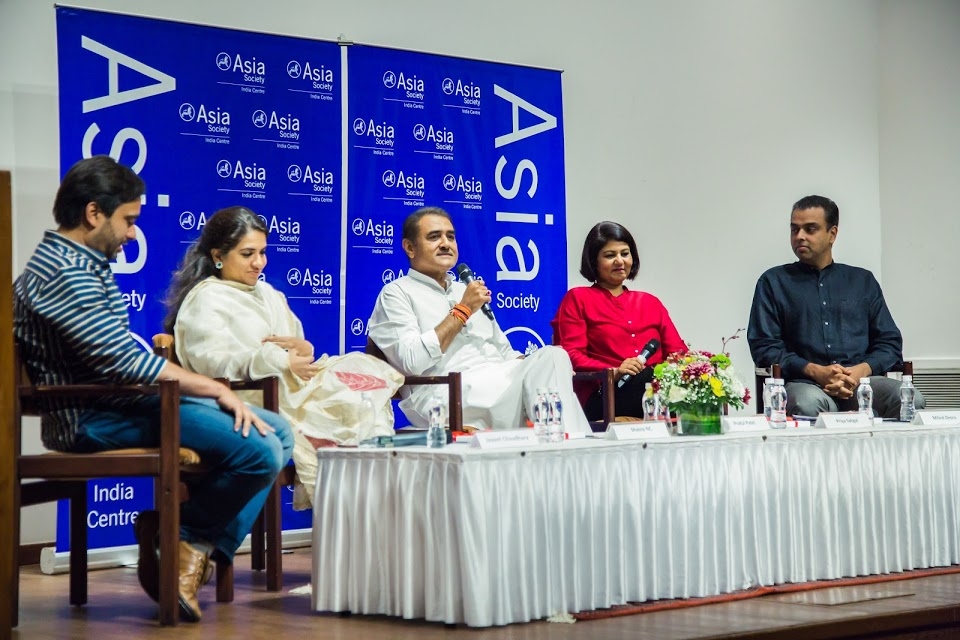 MUMBAI: On 20th February 2019, Asia Society India Centre hosted Milind Deora, of the Indian National Congress, Shaina NC, of the Bhartiya Janata Party, Jayant Chaudhary, from the Rashtriya Lok Dal, Praful Patel of the INC and Priya Sahgal, author of the book ‘Contenders’, for a discussion on the extremely pertinent subject of generational shifts in the political leadership of the country. This programme was the first in the India Elections Series, discussing the themes of governance, leadership, and institutions in the run-up to the General Elections.

Stressing on the importance of the first-time voter, our Keynote Speaker Mr. Praful Patel, spoke about fulfilling aspirations of an impatient India that wants speedy governance. During the course of the conversation he also emphasized, that politics today is extremely expensive, and is increasingly divided along caste lines.

When asked about how politics has changed in the last decade, Milind highlighted the rural vs. urban demography as a challenge. Further, he pointed out how previously, MPs were the link between a constituency and the Parliament, but social media and RTI today enable the circumvention of this flow, which has resulted in the political climate turning very confrontational.

On the question of foreign-educated leaders still practicing traditional politics, Jayant admitted that ground realities can’t be escaped. The socio-economic conditions of the country often leave little choice for politicians. Adding to this, a few on the panel also believed that the fading quality of MP’s in the country was the primary force behind the emergent Modi wave 2013 onwards.

The Q&A Segment raised a genuine concern on the lack of mentoring in Indian Political Parties, and how this can be fixed to encourage the involvement of youth. To this, Shaina NC boldly remarked that the ‘Men only mentor the men’, and like every other field, politics isn’t free from gender bias’ either. If women want to start playing more important roles, the onus remains on them to carve out their own space in this arena.