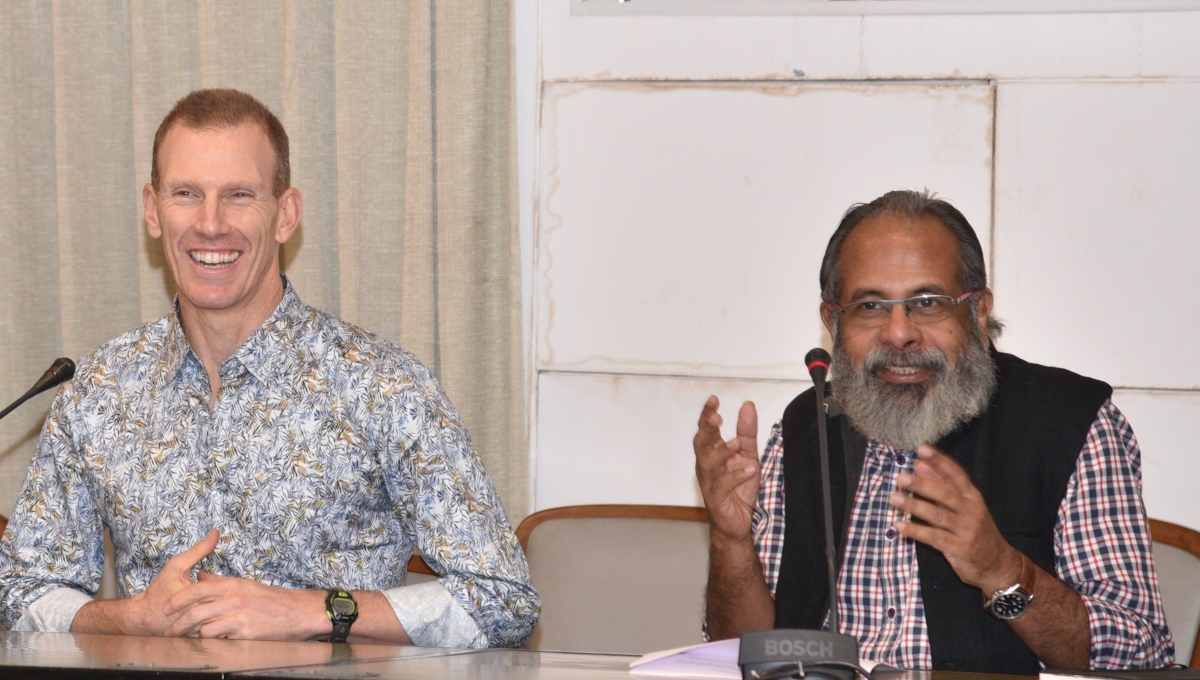 MUMBAI: On November 23, 2019 Asia Society India Centre hosted Jamie Metzl, Senior Fellow at Atlantic Council and noted technology futurist, and Sanil V., Professor of Philosophy from the Department of Humanities and Social Sciences of the Indian Institute of Technology, Delhi for a conversation on the technological revolutions in AI (artificial intelligence) and genetic engineering, and their impact on humanity’s future.

Jamie Metzl opened the discussion with a brief overview of the recent developments in AI and the genetics revolution. He mentioned the examples of Amazon’s virtual assistant, Alexa and its Google counterpart, Google Home while talking about how these inventions have already started to influence everyday human lives. He spoke about how individual human functions could easily be replicated in the near future through AI learning, as seen in the case of Google’s famous AlphaGo computer programs.

On the subject of genetic engineering and specifically gene editing, Metzl spoke at length on the revolutionary new Clustered Regularly Interspaced Short Palindromic Repeats or CRISPR gene editing technology and how its usage will shape the genetic make-up of future generations. While gene editing technology can be used to cure grave diseases through precision healthcare (targeting a specific gene that causes the disorder by mapping the human genome); its application in genetically enhancing embryos and therefore, a future generation, raises some critical ethical and moral questions. Metzl further added that it was necessary to tackle this issue in its preliminary stage while retaining human values, in order to ensure that future generations don’t face a dystopian and unequal world.

Sanil V. began the discussion by addressing the philosophical facets of the conversation while elaborating on the intersection of biology and politics. He spoke about how the dynamics of power have evolved in the recent past, by using technology to exert control over the people. The current obsession with security, coupled with evolving technology can significantly affect human freedom. Furthermore, genetic engineering can affect the diversity of the human population, and ultimately change the very nature of societies and communities. Metzl further added that while most western countries, including the United States of America, have passed laws restricting the practical application of gene editing; China has raced ahead in the field. This could possibly create an unequal population in the future, with significant differences in IQ, physical strength and other attributes.

The conversation then moved towards the possible measures that can be taken diplomatically to avoid unequal populations, and how technology will considerably influence humanity’s future. The discussion was later concluded with a perceptive Q&A session with the audience.