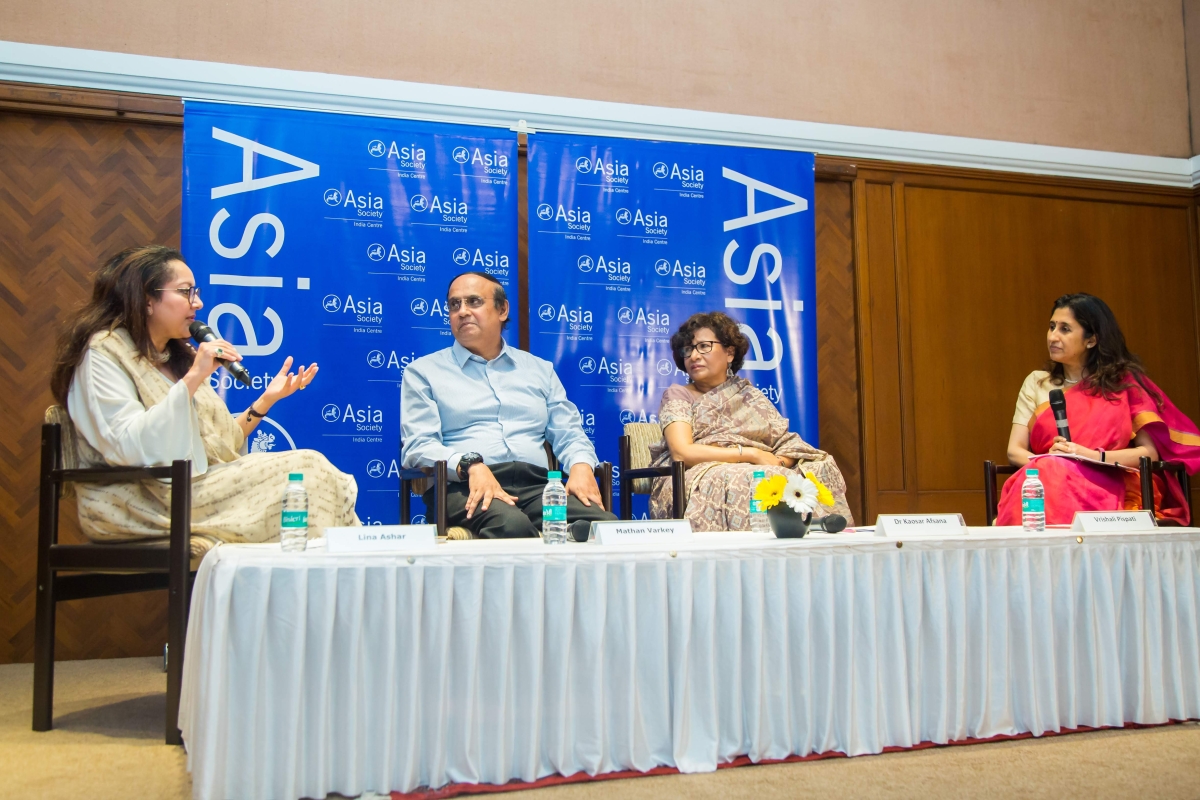 Ms Mallo began by reaffirming India’s commitments towards improving early childhood education and nutrition under the Sustainable Development Goals. She spoke in depth about Poshan Abhiyaan – the Prime Minister’s overarching holistic mission on nutrition launched in 2018 – which prioritised women, children, nutrition and early childhood education on the government agenda. The Abhiyaan tries to address the issue in the “window of opportunity” of the first 1000 days right from conception. She spoke about the various components of the Abhiyaan like training and capacity building, convergence, behavioural change and advocacy, etc. It involves several government departments to line up for implementation and is tracked through the Common Application Software (CAS) – a mobile-based platform – used on every level of implementation to track real-time progress which reflects on a national dashboard. She also highlighted the infrastructure, services and mechanism of the ICDS since its inception, with reference to the state of Maharashtra. She also spoke about the “Triple A” strategy adopted for service delivery under ICDS comprising of the ASHA, ANM and Anganwadi workers, as also programmes such as the APJ Abdul Kalam Amrut Aahaar Yojana which caters to tribal population from 16 districts. Additionally, the Village Child Development Centres cater to the severely malnourished (SAM) children. Efforts are being made to include millets in the meals served by the anganwadi to diversify nutrient sources, which is an initiative of the Hon’ble Governor of Maharashtra. Ms Mallo concluded her address by highlighting the challenges in implementation like institutionalising best practices. She also expressed hope in the draft New Education Policy that speaks about formalisation of early childhood education by including formal pre-school education under RTE.

Mr Varkey then spoke about the Akshay Patra model of providing mid-day meals to government school children through a public-private partnership with the Government of India, feeding 1.8 million children everyday. He spoke about the region-specific menus for children and the mechanized kitchens for cooking at scale in their 48 kitchens in 12 states of India. He highlighted the findings of a recent survey conducted by IIM, Kolkata that established that cognitive abilities were better in children covered by the midday meals programme as opposed to those who were not.

In the panel discussion that followed, Dr Afsana contextualized early childhood care with rising migration effected by climate change and other causes that worse impacts people from under-privileged strata of society where there is an acute lack of awareness on the importance of early childhood care. Ms Ashar spoke about developing empathy among children from the affluent classes by introducing first-world and third-world meals in schools and also educating the parents. While answering a question on the proportion of stunted children in India, Dr Afsana spoke about the inter-generational impact of investments made decades ago in this area. Regarding the government support received by Akshaya Patra, Mr Varkey spoke about the hygiene standards, the ability to scale up through donor support, low cost per meal, and low cost of operations helped convince the government of the efficacy of their model, which can now be easily replicated by the help of the Blue Book developed in association with Deloitte.

The discussion was followed by an engaging session of audience Q&A before the programme closed for the evening.