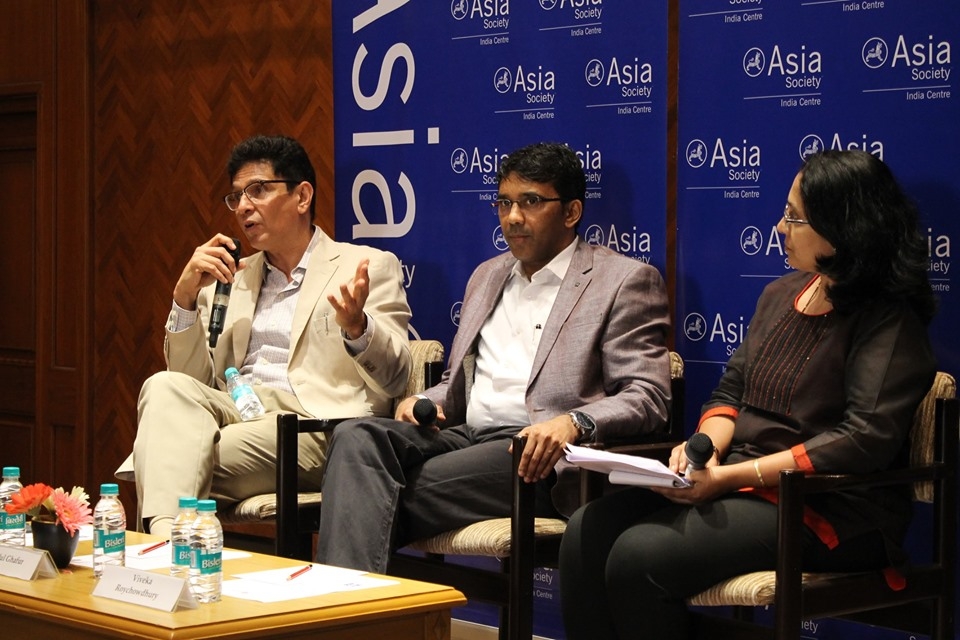 The session commenced with an introductory address by Dr Ghafur who explained the basic premise of anti-microbial resistance and shared his own experiences while dealing with patients afflicted by mutli-drug resistant (MDR) and pan drug-resistant infections. Calling it the biggest public health challenge in the world, Dr Ghafur said that the world economy could suffer from a 100 trillion dollar loss because of AMR. In India, he believed the reasons behind the strong presence of anti-microbial resistance ranged from lack of awareness among patients, poor medical practices among doctors, and low hygiene & sanitation standards across the country. He later went on to speak about the rampant misuse of Colistin (a strong anti-biotic and a reserve category drug) in animal farms to fatten animals for consumption which could be responsible for the high levels of anti-microbial resistance observed in the Indian population. Dr. Ghafur concluded his remarks by reiterating that the issue of AMR could be successfully tackled only when members of the public, medical community and policymakers work together.

Dr Ghafur’s address was followed by a presentation from Dr Udwadia which narrowed down the focus of anti-microbial resistance to the Tuberculosis pandemic which has severely affected India’s poor. He began his presentation by providing a historical outlook on the treatment of Tuberculosis over the past two centuries and later went on to elaborate on the widespread contagion of the disease in India, where it is compounded in intensity among the poor due to highly expensive treatments, lack of effective medicines in the market and poor hygiene & sanitation standards. He further spoke about the lack of TB treatment regulation in public and private hospitals and suggested that the RNCTP (Revised National Tuberculosis Control Program) could be better funded and strengthened to effectively tackle TB in India.

The panel discussion saw questions raised by Ms Roychowdhury and the audience on a range of issues, from the stigmatisation of TB patients to the National AMR policy of 2013, public-funded research on AMR, standard guidelines for the treatment of AMR diseases and other related concerns. While speaking about the DOTS treatment programme, Dr Udwadia stressed on the importance of making it more flexible, effective and adaptable for it to be successfully administered to the large number of TB patients in India. Furthermore, on the policy level, Dr Udwadia stressed that the government needed to increase budgetary expenditure on healthcare, promote gene expert testing, and improve general hygiene through the Swachh Bharat Abhiyaan. Agreeing with Dr Udwadia, Dr Ghafur further stressed that better governance and infrastructure will be required to control the spread of Tuberculosis on the national scale. Since healthcare is a state issue, both the panellists agreed that the efficient implementation of policies by state governments will be critical to tackling AMR, and special efforts will be needed to ensure restrictions on the over the counter (OTC) sale of strong antibiotics.