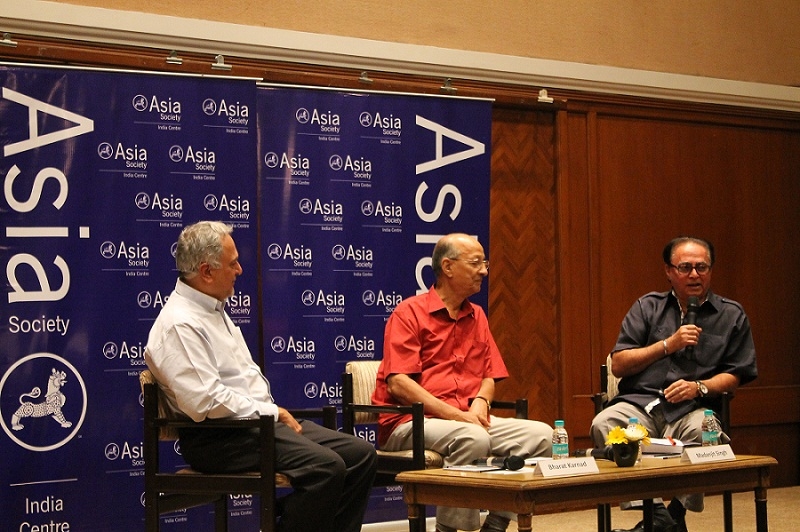 Karnad commenced the discussion by sharing some initial thoughts from his book, 'Why India Is Not A Great Power (Yet)'. Karnad claims that India, for all its size and economic prowess, should be a great power but in reality it remains a very large inconsequential power. For a nation to be considered a great power, it needs to have a unified national vision of foreign policy - which, according to Karnad, India lacks. While all great powers have disruptive policies, the trick is to maintain a pacified neighborhood. Once India moves past its military fixation on Pakistan, he believes that we can focus our energies on becoming a great power - and to do so we must challenge the existing great power: China.

Moving into the conversation, the consensus was that great powers have greater say in world affairs, and a large part of this depends on military coercion. While that may not sound like much has changed since 1945, the reality is that military might needs to be adapted for a cyber age - for which the Indian military has shown no transformative capability according to the speakers. India is one of the few remaining countries which continues to increase manpower, whereas most others have reduced their numbers; considering this, a waste of resources given the age in which we live.

The evening ended with Karnad stating that if India wants to become a great power it needs to focus on being feared and respected, not liked and loved.