Imagine Delhi: Towards a Clear Sky 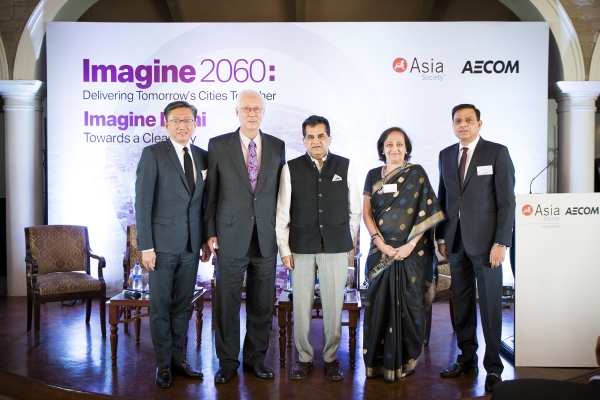 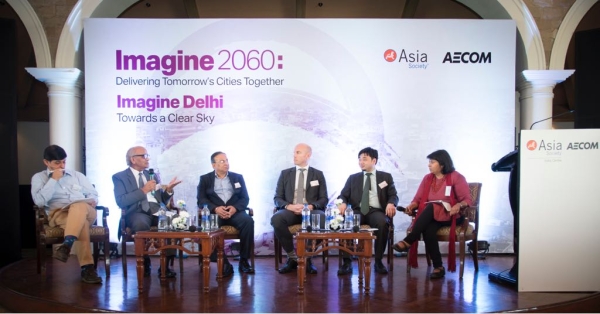 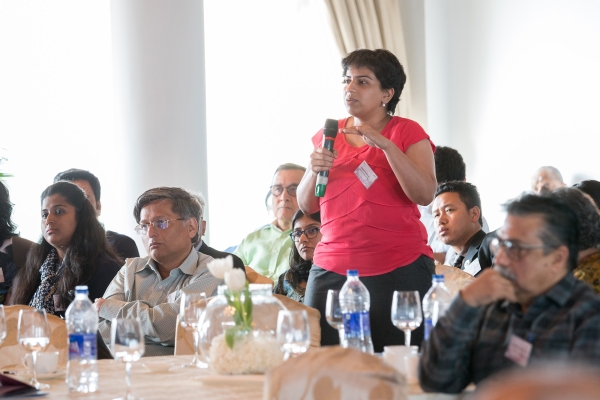 [New Delhi, April 24]: Asia Society in partnership with AECOM held the inaugural edition of the ‘Imagine 2060’ series in India and the inaugural edition on Air of the Imagine 2060’ series. This year’s edition was titled ‘Towards a Clear Sky’. The conference saw decision makers, practictioners and influencers from government, private sector and civil society from the space of air pollution.

Emeritus Senior Minister Goh Chok Tong, former Prime Minister of Singapore, opened the conference with a keynote address, presenting the successful case study of Jurong – initially an industrial township in Singapore - where the famous Jurong Bird Park was built to offset the air pollution. Mr. Tong enumerated the various measures taken by the Singapore government over the years to curb air pollution – including the Clean Air Act (1971) and the establishments of anti-pollution units within the government with which PM Lee Kuan Yew was personally involved. He emphasized strongly that economic growth and achieving clear skies can occur simultaneously, but strong and consistent political will is imperative.

Amitabh Kant, CEO, Niti Aayog, the second keynote, noted that with the advent of large scale urbanization in India, air pollution is only set to get worse. Acknowledging the severity of Delhi’s air pollution, Kant echoed Mr. Tong’s sentiments that political will is required to galvanize real change. Kant outlined measures that need to be taken and are already being taken by the government – such as switching over to cleaner fuels and investing more in renewable energy power plants.

Urmi Goswami, Assistant Editor, Economic Times, got the ball rolling for the panel discussion with a targeted question about what the government still needs to do. Navroz Dubash, Senior Fellow, Centre for Policy Research, explained that while policies can be effectively implemented, the government can only do justice to its capacity – the public must be ready to change their behavior and accept the increasing costs associated with cleaner technology. R.C. Bhargava, Chairman of Maruti Suzuki Ltd., pointed out that although vehicular emissions are an issue, they are only one side of the story. Road side dust from construction is also a major source of pollution. He also, however, admitted the need to introduce cleaner fuel.

Tonny Xie, Director and Founder, Innovation Centre for Clean-air Solutions, asserted the importance of correctly identifying the real sources of pollution. Science, he maintained, is key in policy making. Bringing a touch of positivity to the discussion, Xie noted that the air quality in Beijing had improved very quickly in the space of a few years (almost by 35%), and that the same could be possible for Delhi.

Praveer Sinha, Managing Director, Tata Power, spoke about the great potential that currently exists for India to meet most of its energy needs through renewable sources as a means to cut down on pollution, especially solar energy. At the same time, Sinha echoed Dubash’s earlier sentiment that consumers would have to be ready to accept the higher costs that come with cleaner technology.

Rob Hills, Market Sector Director, Power Market Initiatives, Australia & New Zealand, AECOM, brought in learnings from more developed markets such as Australia and the UK, explaining that policy needs to be put in place first. Once there is clarity regarding regulations, businesses are willing to respond in kind. Hills also mentioned renewable technology – battery electric vehicles or hydrogen based fuels – as a way to tackle vehicular emissions.