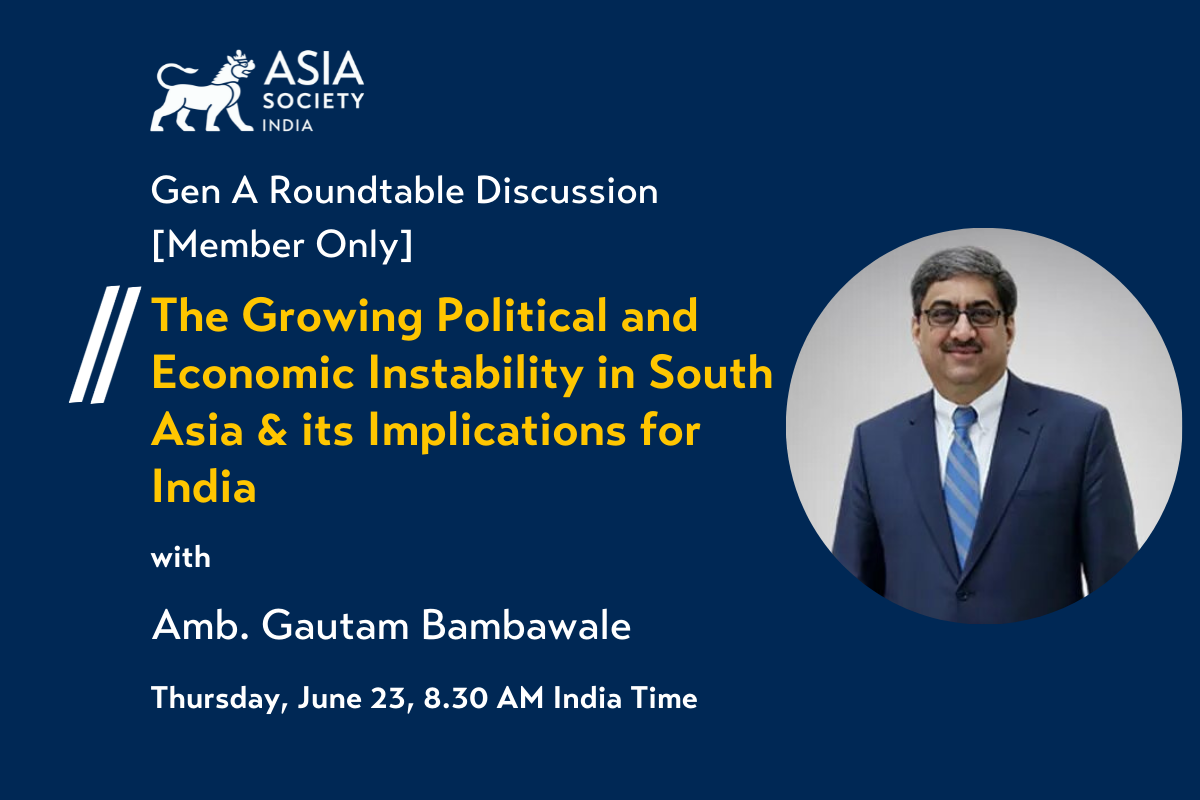 In an exclusive session, Ambassador Gautam Bambawale, Former High Commissioner of India to Pakistan and Former Ambassador to China & Bhutan, will be speaking on the ongoing turmoil in India’s Neighbourhood, and its implications for India. The programme is scheduled for Thursday, June 23, 8.30AM India Time. The programme is for GEN A Members only.

Ambassador Gautam Bambawale is an Indian diplomat and served as the Indian Ambassador to China from 2017 to 2018. He had previously served as the Indian High Commissioner to Pakistan. He is considered an expert on China and has written several articles highlighting the challenges China poses to India. In 2020, he joined Ola as a senior advisor for corporate and international affairs.