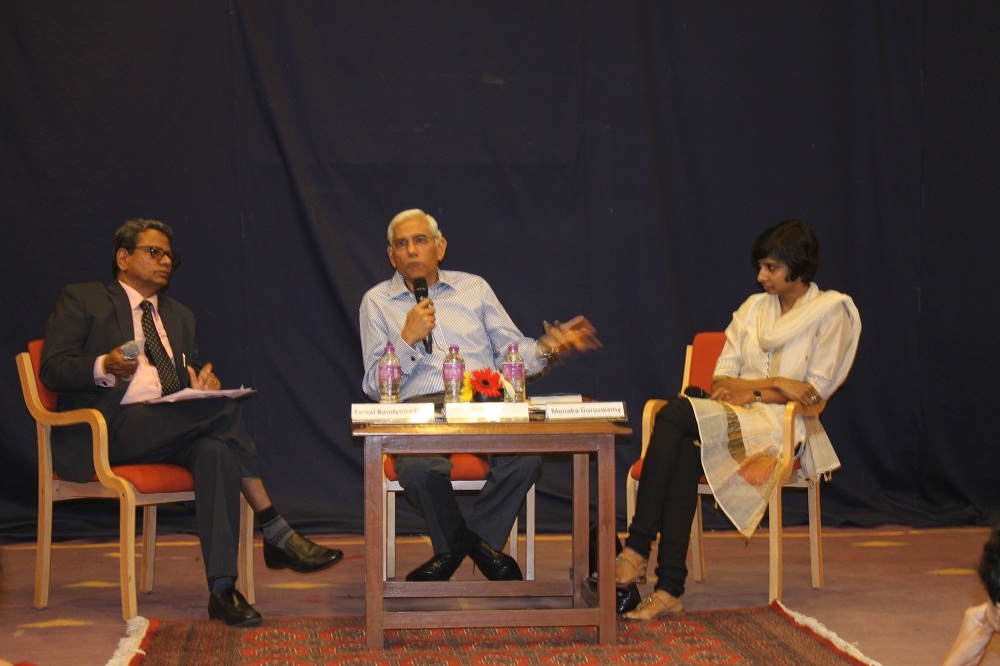 MUMBAI, 9 October, 2014 — The Asia Society India Centre in partnership with Rupa Publications welcomed Vinod Rai, former Comptroller and Auditor General of India for the Mumbai release of his book Not Just an Accountant: The Diary of the Nation's Conscience Keeper. Vinod was joined in conversation by Tamal Bandyopadhyay, Consulting Editor, HT Mint and Menaka Guruswamy, Lawyer at the Supreme Court of India. The discussion explored themes of accountability, governance and constitutionalism in India’s democracy.

Vinod set the premise for the evening by stating that “an auditor by definition cannot be a good story teller” but his findings of procedural irregularity in the government were so pressing they fought to be retold through his book. Speaking about the audit reports published by the office of the Comptroller and Auditor General during his tenure, Vinod said there was no reason to be contrite about these findings as they were performance reports of the representatives in whom the people have put their fiduciary trust.

The evening’s discussion began with Tamal speaking of the many villains and few heroes in the book. Menaka then brought to the fore the constituent prestige and power granted to the office of the CAG. Speaking about more controversial aspects of the book, Vinod said that in any organisation – its head or the CEO is held responsible for its glory as well as its downfall, similar accountability exists in the government as well. Tamal and Menaka proceeded to ask probing questions about the processes of the CAG and Vinod’s own thoughts while writing the book. Vinod revealed that audits conducted by the CAG — performance audits — have a scope far beyond financial audits, thus value judgements on governance are an integral part of the published reports, however, the crux of the issue lies in the country’s appetite for maleficence and not in the method and mechanisms of the CAG.

Ethical governance is the foundation of sustainable economic development believes Vinod, and to this effect it is essential for people to raise their voices against graft as it is an aggregate of the people’s voice that runs the nation.