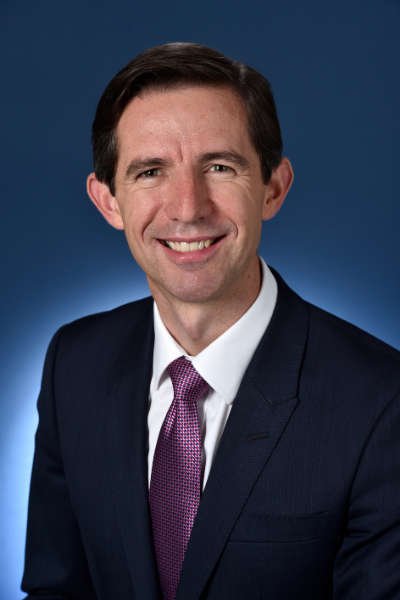 A programme with Senator Simon Birmingham on India-Australia ties with a focus on trade, investment, education, tourism and an update on Australia’s India Economic Strategy. The programme will begin with his address, followed by a discussion with the audience and lunch.

Simon Birmingham has served as a Liberal Party Senator for South Australia since May 2007 and in August 2018 he was appointed as Minister for Trade, Tourism and Investment as well as Deputy Leader of the Government in the Senate. Prior to entering the Senate, Simon worked for a number of industry bodies, establishing particular experience in the wine, tourism and hospitality sectors – industries that are critical to South Australia's prosperity. After less than three years in the Senate Simon was appointed to the Shadow Ministry, serving as Shadow Parliamentary Secretary for the Murray-Darling Basin and the Environment until the 2013 election. Following the change of government in 2013 Simon served as Parliamentary Secretary to the Minister for the Environment, with responsibility for water policy, including the Murray-Darling Basin, National Parks and the Bureau of Meteorology. In 2014 Simon was appointed to serve as the Assistant Minister for Education and Training in the Abbott Ministry, with specific responsibility for vocational education, apprenticeships, training and skills. In September 2015 as part of the Turnbull government he was appointed as a Cabinet minister into the position of Minister for Education and Training. In February 2018 he was appointed Manager of Government Business in the Senate.

RSVP: By Invitation Only.