How India and the World See China 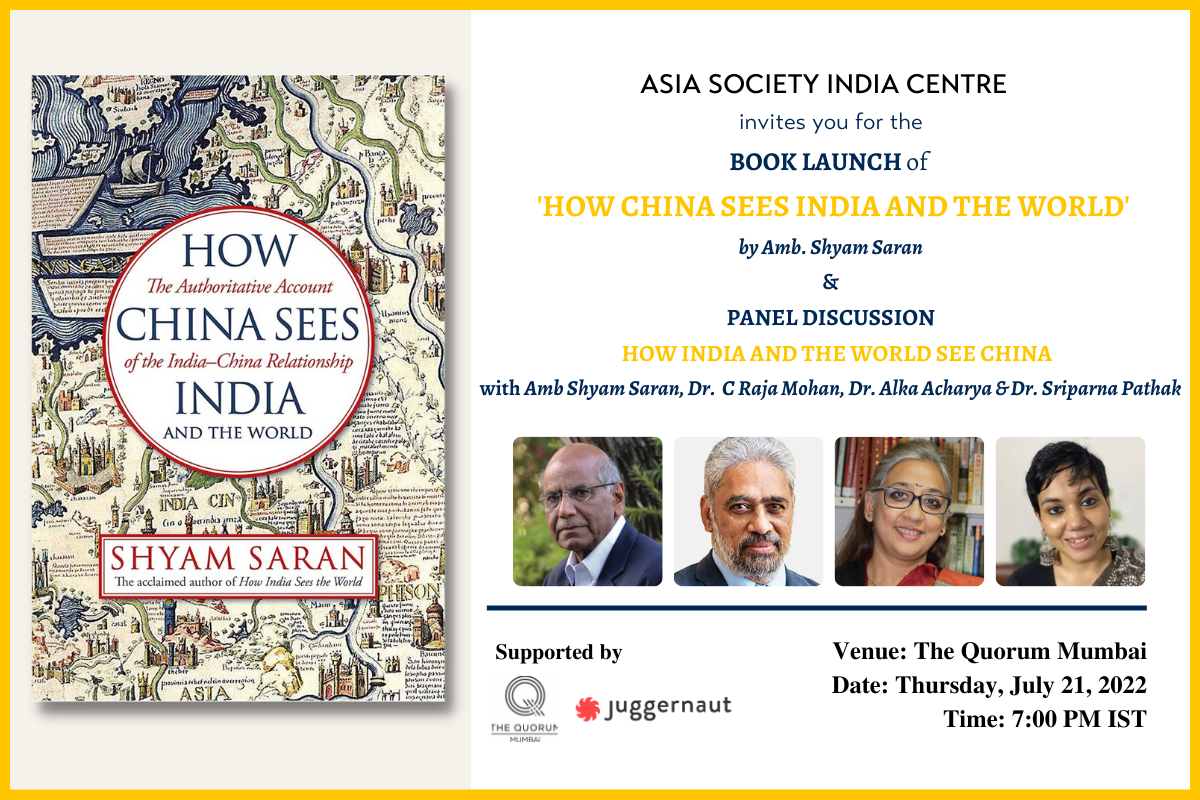 At the beginning of June 2022, just a week after easing the two-month restrictions imposed on 27th March 2022, China once again announced fresh curbs on movement in various parts of Shanghai. The move is attributed to a record-breaking rise in COVID-19 cases since the pandemic began in 2019. This Zero-Covid policy of China, along with the closing of its borders, experts warn, can have an adverse impact on the financial capital, the country, and even the world economy — a policy that has already affected the livelihoods of millions of its residents. In a world that is already facing the economic consequences of the Russia-Ukraine war, the lockdown in China has further damaged and disrupted global trade. According to a recent press release by the World Trade Organization, “The war (Russia-Ukraine) is not the only factor weighing on world trade at the moment. Lockdowns in China to prevent the spread of COVID-19 are again disrupting seaborne trade at a time when supply chain pressures appeared to be easing”.

Apart from these disruptions, the lockdown and the bold Zero-Covid agenda of censoring and working towards containing an eruption of public outrage, debate or calls to reconsider the lockdown strategy are being heard everywhere. China’s domestic policies and politics and its stance on geopolitics have always been driven and shaped by the interests and ideology of the Chinese Communist Party (CCP). The CCP has frequently manipulated national sentiment, crafting narratives of China’s erstwhile hegemony in the world order and using diplomatic disputes and geopolitical tensions as a method of diverting attention toward the larger objectives promised by its Politburo. The latter has included flared military tensions with India which resulted in a bloody clash in 2020, along with frequent violations of Taiwan’s airspace, in what analysts claim are methods used to “further a nationalist sentiment."

However, China’s internal turmoil and its fractious geopolitical posturing have become more frequent since the pandemic. Its current assertive diplomacy, its willingness to adopt coercive measures against those who question the authority of the CCP and disregard its preferences, and its display of magnanimity towards those who defer to its leadership are not new to the world.

In his book How China Sees India and the World, Ambassador Shyam Saran discusses China’s ambitions and presents an authoritative account of the India-China relationship and how China perceives India and the world. Understanding and analysing China’s domestic policies and actions have become an important factor in decoding China’s regional and global posturing and its impact on the global world order.

Join us for a fireside chat between Ambassador Shyam Saran and Professor C Raja Mohan on the book, a political analysis of contemporary China and India based on close readings of contemporary scholarship on China, a study of the speeches and writings of the CCP, and through Ambassador Saran’s own experiences as India’s ambassador to China and former foreign secretary of India. This will then lead to a broader discussion between Ambassador Saran, Professor Raja Mohan, Prof Alka Acharya and Dr Sriparna Pathak on how India and the world see China. The panelists will share perspectives on China’s increasingly opaque nature, with strict lockdowns and travel restrictions; the internal party dynamics that dictate this regional and global posturing, the way forward for China’s tryst with global dominance, and its implications for India and the world.

Amb. Shyam Saran was Foreign Secretary of India from 2004 to 2006 and former Chairman of the National Security Advisory Board. He is currently a Senior Fellow and Member of the Governing Board at the Centre for Policy Research, a prestigious think tank which covers a wide range of political, social and economic issues. He has formerly served as the Chairman of RIS, an autonomous think-tank specializing in trade and economic issues. He served as Ambassador of India to Myanmar, Indonesia, and Nepal as well as High Commissioner to Mauritius. After his retirement from the Indian Foreign Service, he was appointed the Prime Minister’s Special Envoy for Indo-U.S. civil nuclear issues and later as Special Envoy and Chief Negotiator on Climate Change.

Prof C. Raja Mohan is a Senior Fellow with the Asia Society Policy Institute in Delhi. He is a Visiting Research Professor at the Institute of South Asian Studies, National University of Singapore, and was previously its Director. Prof Mohan was the founding director of Carnegie India in Delhi. He was a Professor of South Asian Studies at the Jawaharlal Nehru University, New Delhi, and the Rajaratnam School of International Studies, Singapore. He served on India’s National Security Advisory Board. He was the Henry A. Kissinger Chair in Foreign Policy and International Relations at the Kluge Center, US Library of Congress, Washington DC, during 2009-10. He convened the India chapter of Pugwash Conferences on Science and World Affairs, during 1995-2005. Recently, he co-authored the Adelphi Book, The New Asian Geopolitics: Military Power and Regional Order published by the International Institute of Strategic Studies, London in 2021. He is a columnist for Foreign Policy and the Indian Express.

Prof Alka Acharya is Professor of Chinese Studies in the Centre for East Asian Studies, School of International Studies, Jawaharlal Nehru University. She has been teaching courses on Chinese Foreign Policy and Political Economy to the Masters and M.Phil students and guiding doctoral research since 1993. She is an Honorary Fellow of the Institute of Chinese Studies (New Delhi), Editor of China Report, a journal of East Asian Affairs, joint editor of the book Crossing A Bridge of Dreams: 50 years of India-China, published in 2002 and has contributed chapters to many books and regularly features in the Economic and Political Weekly. She has written widely on India-China Relations and China’s foreign policy. Her current research focuses on the settlement of the PRC’s territorial disputes, India-China-Russia Trilateral Cooperation and the Chinese strategic response to the post-cold war globalising politico-security architecture, with special reference to China’s neighborhood. Dr Acharya is also a member of the India-China Eminent Persons Group and also a member of the National Security Advisory Board of the Government of India.

Dr. Sriparna Pathak is an Associate Professor and the Director of the Centre for Northeast Asian Studies at the School of International Affairs at O.P. Jindal Global University, Haryana. She teaches courses on Foreign Policy of China and Theories of International Relations. Her previous work experience covers Gauhati University, Don Bosco University; the Ministry of External Affairs; Observer Research Foundation, South Asia Democratic Forum in Brussels and the Centre for Armed Forces Historical Research in New Delhi. She is also currently a mentor for New Delhi based Red Lantern Analytica. In addition to this she is a member of the Indo-Pacific circle which is supported by the U.S. Mission to India, working on emergent issues shaping the Indo-Pacific.