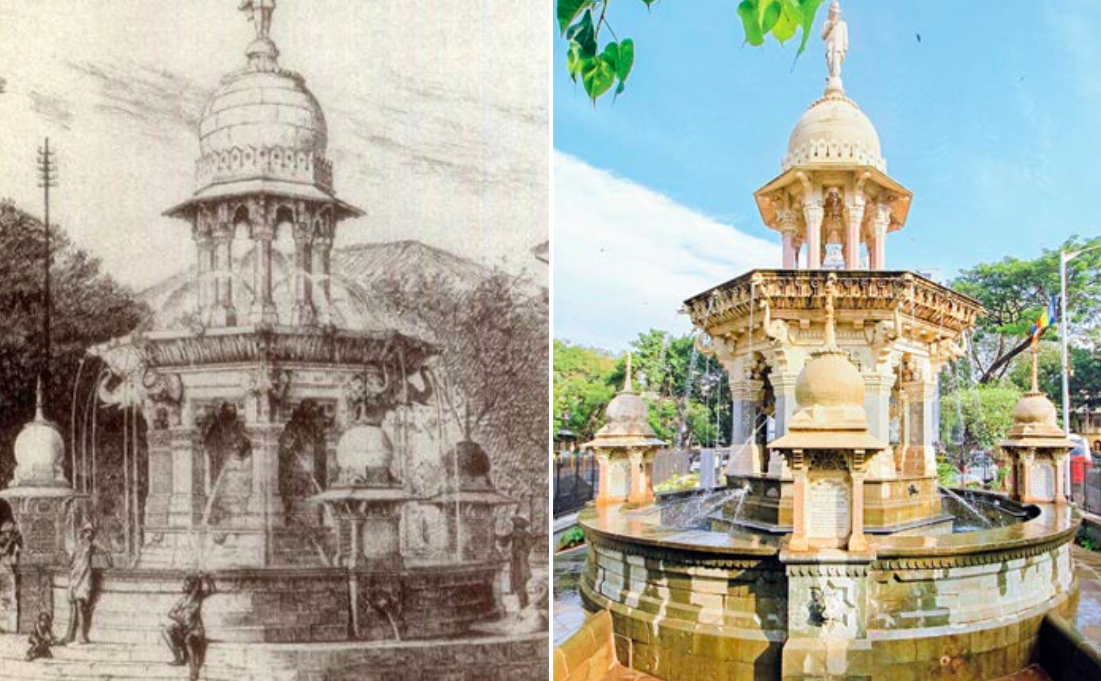 In 2018, the UNESCO World Heritage Centre added the Victorian Gothic and Art Deco ensemble of Mumbai to the World Heritage Sites list in a bid to safeguard 94 iconic structures in the Fort precinct of Mumbai. Steeped in history, this area was developed in the latter half of the 19th century during an ambitious urban planning project that transformed Bombay from a fortified trading outpost to a major global city. As the original fort walls and bastions were demolished, an assemblage of grand public buildings were erected in their place. A century and a half later, some of these structures still retain their original use, but many have been lost or are at risk from adverse climactic conditions and negative human interventions.

In this presentation, Professor Dilawari will focus on three recently restored 19th century fountains in the heart of South Mumbai – the Ruttonsee Mulji Jetha Fountain, commissioned by a businessman in memory of his late son; the Wellington Fountain, built in honour of the Duke of Wellington; and the recently restored Flora Fountain, erected where the original Church Gate of Bombay Fort once stood. He will also discuss the history of built heritage, and the process and impact of conservation projects in Mumbai.

Vikas Dilawari is a practicing conservation architect with more than three decades of experience exclusively in the field of heritage conservation. He has Masters degrees in Conservation from the School of Planning and Architecture (New Delhi) and from the University of York. He was Head of Department of Conservation at Kamla Raheja Vidyanidhi Institute of Architecture (KRVIA), Mumbai from its inception in 2007 till August 2014. Dilawari has successfully executed several conservation projects from landmarks and monuments to residential and institutional complexes. Several of his projects have received national and international recognition, including a total of sixteen UNESCO ASIA PACIFIC Awards for Cultural Preservation. Architect Dilawari has lectured and written extensively on the subject of conservation, and was most recently named on Architectural Digest's AD100 list that features the most influential architects and interior designers in the subcontinent in 2019.