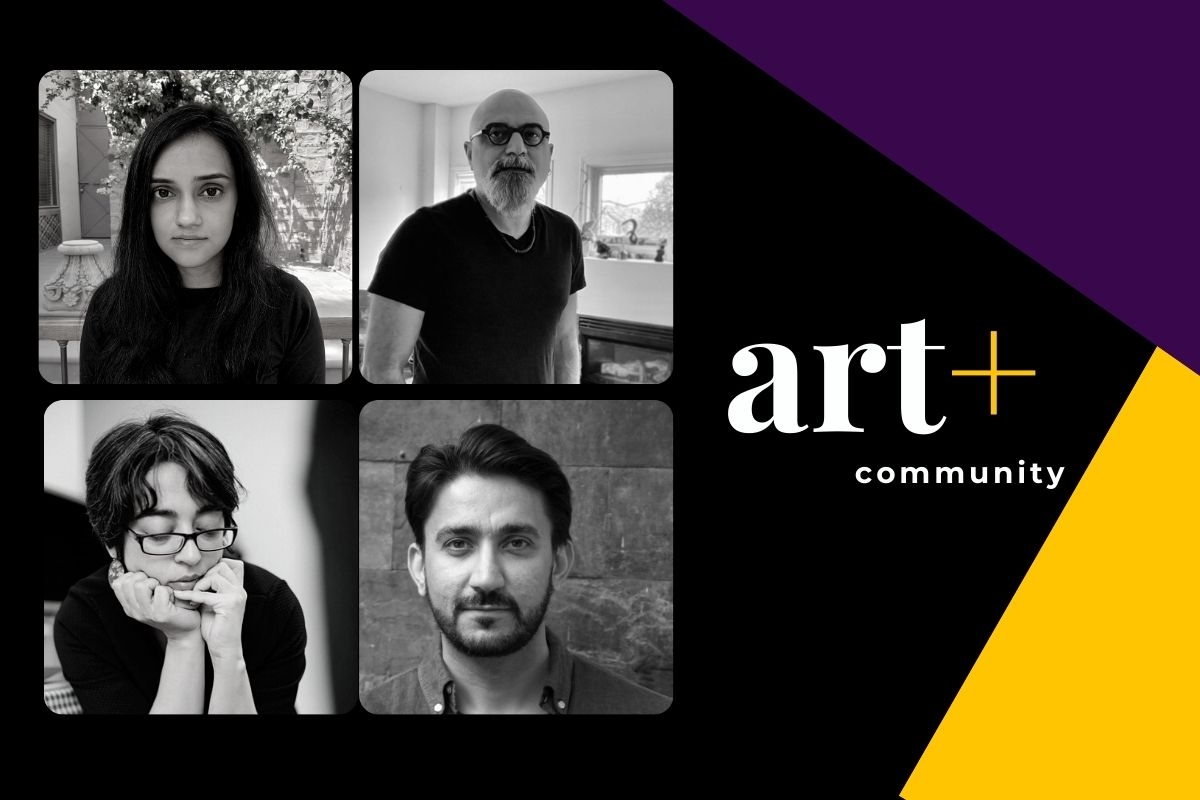 In June 2020, soon after the world went into lockdown due to the Covid-19 pandemic and familiar infrastructures within the art community changed, Indonesian artist collective ruangrupa released their curatorial approach for the 2022 edition of Documenta 15: to create a cooperative platform for interdisciplinary art practice that focuses on principles of “collectivity, resource-building and equal sharing”. They derive their approach from the idea of lumbung (directly translated as “rice barn”), which is a collective crop accumulation and sharing system used in rural parts of Indonesia. Like the system of lumbung, ruangrupa imagines Documenta 15 as an open resource for multidisciplinary cultural practices that brings together diverse ideas, methodologies and modes of artistic engagement. Importantly, it is conceived as a site that will actively foreground the relationship between art institutions and their communities, creating spaces for public dialogue, support and activism.

In the year since ruangrupa first presented their curatorial vision for Documenta 15 2022, existing art spaces around the world have had to adapt to the social and infrastructural effects of the pandemic. Global lockdown has compelled them to evaluate their priorities and experiment with forms of presentation, engagement, and dissemination of art. Even as the opening up of the digital world has allowed alternative art spaces and forms of art practice to thrive, existing cultural institutions have had to rethink their role and responsibilities in the face of a new and unpredictable world order. In particular, the complex link between art, institutions and community has emerged as a core preoccupation of cultural practitioners across the world.

As parts of the world seem to be going back to familiar modes of being – for now – it is important to pause and examine some of these ideas. What specific challenges are cultural institutions now facing, particularly in Asia? Can the digital space maintain the connection between the artist and the public? What meaning does the idea of collectivity and shared commons take on in the wake of a global devastation? How can we we support artistic labour? What role do cultural institutions play in helping the local communities? And what kind of arts spaces can we imagine for the future?

Join us for a conversation on new models for art spaces with Anushka Rajendran, curator, researcher, art writer and festival curator for Colomboscope 2021, Sri Lanka; Faisal Anwar, artist and curator for the Karachi Biennale 2022, Pakistan; and Shubigi Rao, artist and curator for the Kochi-Muziris Biennale 2020, India. The discussion will be moderated by Sabih Ahmed, Associate Director and Curator at Ishara Art Foundation, Dubai.

This is a public programme. Click here to register for the programme.

This is the second programme in our series ART+, a three-part series of virtual conversations developed in partnership with Bloomberg. The series focuses on new and unique developments within the field of contemporary art and culture across Asia, with cultural practitioners, thought-leaders, artists, academics, and creative innovators. It looks at the relationship between art, investment, technology and community.

Anushka Rajendran is a curator and writer based in New Delhi. She is the curator for Prameya Art Foundation (PRAF), a not-for-profit arts organisation based in New Delhi committed to approaches that enable audience-thinking for contemporary art in India. She is also the Festival Curator of the 2021 edition of the interdisciplinary arts festival in Sri Lanka, Colomboscope, Curator of Video Art for the 2021 Asian Art Biennial, organized by National Taiwan Museum of Fine Arts, and was assistant curator for Kochi-Muziris Biennale 2018. Her ongoing research traces how the notion of ‘public’ has acquired alternative significance to contemporary Indian art since 2004. Her previous MPhil research at the School of Arts and Aesthetics, Jawaharlal Nehru University, focused on the emergence of installation art in India in the early 1990s to address collective and personal trauma, which has since expanded to encompass the South Asian region. For her curatorial practice, she has been awarded fellowships that supported residencies with Aomori Contemporary Art Center, Aomori, Japan; the International Studio & Curatorial Program (ISCP), New York (by Inlaks Shivdasani Foundation); and Theertha International Artists’ Collective, Colombo. Her contribution as an art writer and editor was recognized in 2015 when she received the Art Scribes Award for emerging/mid-career art writers of Indian origin.

Faisal Anwar is a hybrid artist, working between Canada and Pakistan, and is currently the Curator of Karachi Biennial (2022). Anwar graduated from the Canadian Film Centre's Habitat-LAB, Interactive Arts Program (2004), and did his bachelor’s in graphic design from the National College of Arts Lahore, Pakistan (1996). He is the co-founder of Art Address, an artist-led collective in Oakville, Canada. In his practice, Anwar explores the history and diversity of urban spaces and cultural identities. His work investigates how communication evolutions form new territories, affecting collective and socio-cultural behaviours and perceptions of identity in relation to scientific and disruptive innovation. In 2013 he was co-awarded the prestigious SSHRC Insight Development grant, for his project +City. In 2007 his project ‘Ino it!’ was selected under the Artist as Innovators category Grant, for research for kids with multiple disabilities by the CFC Media Lab, Banff Centre and University of Toronto’s Adaptive Technology Lab.

Shubigi Rao is an artist and writer whose interests include libraries, archival systems, histories and lies, literature and violence, ecologies, and natural history. Her art, texts, films, and photographs look at current and historical flashpoints as perspectival shifts to examining contemporary crises of displacement, whether of people, languages, cultures, or knowledge bodies.

Her current decade-long project, Pulp: A Short Biography of the Banished Book is about the history of book destruction and the future of knowledge. In 2020 the second book from the project won the Singapore Literature Prize (non-fiction), while the first volume was shortlisted in 2018. Both books have won numerous awards, including AIGA (New York)’s 50 best books of 2016, and D&AD Pencil for design. The first exhibition of the project, Written in the Margins, won the APB Signature Prize 2018 Juror's Choice Award. Rao has also been featured in March Meets 2019, 4th Kochi-Muziris Biennale (2018), 10th Taipei Biennial, (2016); 3rd Pune Biennale (2017), Digital Arts Festival, Copenhagen, Denmark (2013); and 2nd Singapore Biennale (2008). She is currently the curator for the Kochi-Muziris Biennale.

Sabih Ahmed is the Associate Director and Curator at Ishara Art Foundation in Dubai. His curatorial work and research focus on modern and contemporary art of South Asia through diverse itineraries, languages and inter-disciplinary formations. Prior to joining Ishara, Ahmed was a Senior Researcher and Projects Manager at Asia Art Archive from 2009 to 2019, where he played an instrumental role in establishing AAA in India (AAA in I) in New Delhi. Ahmed has led research projects focusing on the digitisation of seminal artist archives, digital bibliographies of art in multiple languages, and organised colloquia and seminars around archiving and educational resources. Ahmed’s independent curatorial projects include the 11th Shanghai Biennale (2016) in the capacity of a Curatorial Collegiate, curated by Raqs Media Collective; The Superhero Sighting Society (2019) exhibition and symposium in collaboration with artist Taus Makhacheva at KADIST and Centre Pompidou in Paris; and he was among the ensemble of curatorial mentors for Five Million Incidents (2019-2020) organized by Goethe-Institut, Delhi & Kolkata, and conceived by Raqs Media Collective. Ahmed has served as a Visiting Faculty at the Ambedkar University Delhi from 2014-2019 teaching Art & Technology and Curatorial Investigations. His writings have been published by Mousse Publications, The Whitworth and Oncurating. Ahmed is on the Advisory Board of Sher-Gil Sundaram Arts Foundation, Delhi.