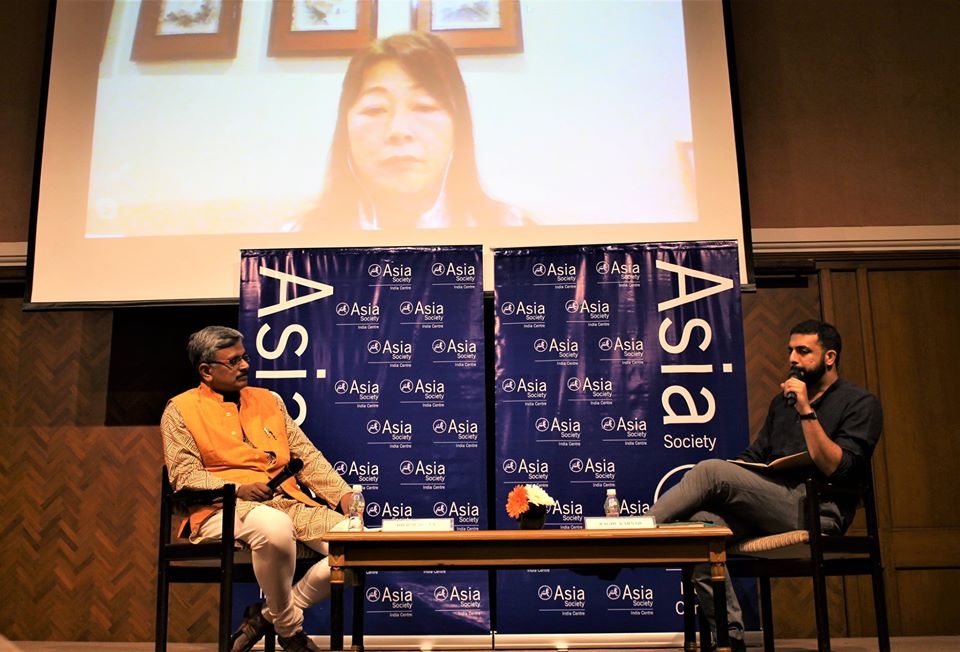 MUMBAI: Asia Society India Centre hosted Joy Ma and Dilip D’Souza, authors of ‘The Deoliwallahs’ for a discussion on their new book and the 1962 internment of Chinese Indians on March 6th, 2020 at the Nehru Centre in Mumbai. Raghu Karnad moderated the discussion.

Joining the discussion via Skype from San Fransisco, USA, Ma spoke briefly about her personal experiences of growing up in the Deoli camp as a young child. The internment of 3000 Chinese Indians is not often found in mainstream Indian history and the community, which is now scattered across the world, has refrained from talking about it until very recently. She, along with her co-author D'Souza, interviewed several former internees who found it extremely difficult to speak about their painful past. Later, D’Souza gave his remarks and drew parallels between the internment of Japanese Americans after World War 2 in the United States with the story of the Deoliwallahs in India, and how the two communities had to face suspicion, hatred and unlawful internment from their own governments.

Karnad began the discussion by referring to the similarities between the 1962 internment and the citizenship crisis faced by Indian minorities in early 2020. When asked about the most impactful and moving stories they came across while writing the book, Ma spoke about the son of a late camp internee who returned to his home in Shillong to find that his family was facing repercussions for not paying income tax during the years of their internment. D'Souza shared the story of a doctor who accompanied the internees on the train journey to Deoli and did not talk about his participation in their detainment for more than 50 years, even with his own family. The silence that surrounded the internment — for the internees and the people who were a part of the process, was filled with guilt, fear, and resentment. D'Souza further added that the internees, most of whom were Indian citizens, were detained for long after the month-long war between India and China was over.

The discussion further explored the themes of national security, human rights, discrimination, reconciliation, historical narratives and the definition of Indian citizenship today among others. This was followed by a Q&A session where questions on remembrance of the internment in Indian history, India-China border issues and the role of the international community in protecting internees in such camps were raised. Mr Mingtung Hsieh, a former internee of the Deoli camp, attended the programme and shared his views on the subject. Mr Tang Guocai, the Chinese Consul General based in Mumbai further shared his thoughts on the subject of the Deoliwallahs, China-India relations and the importance of revisiting shared histories with different perspectives in the current era.