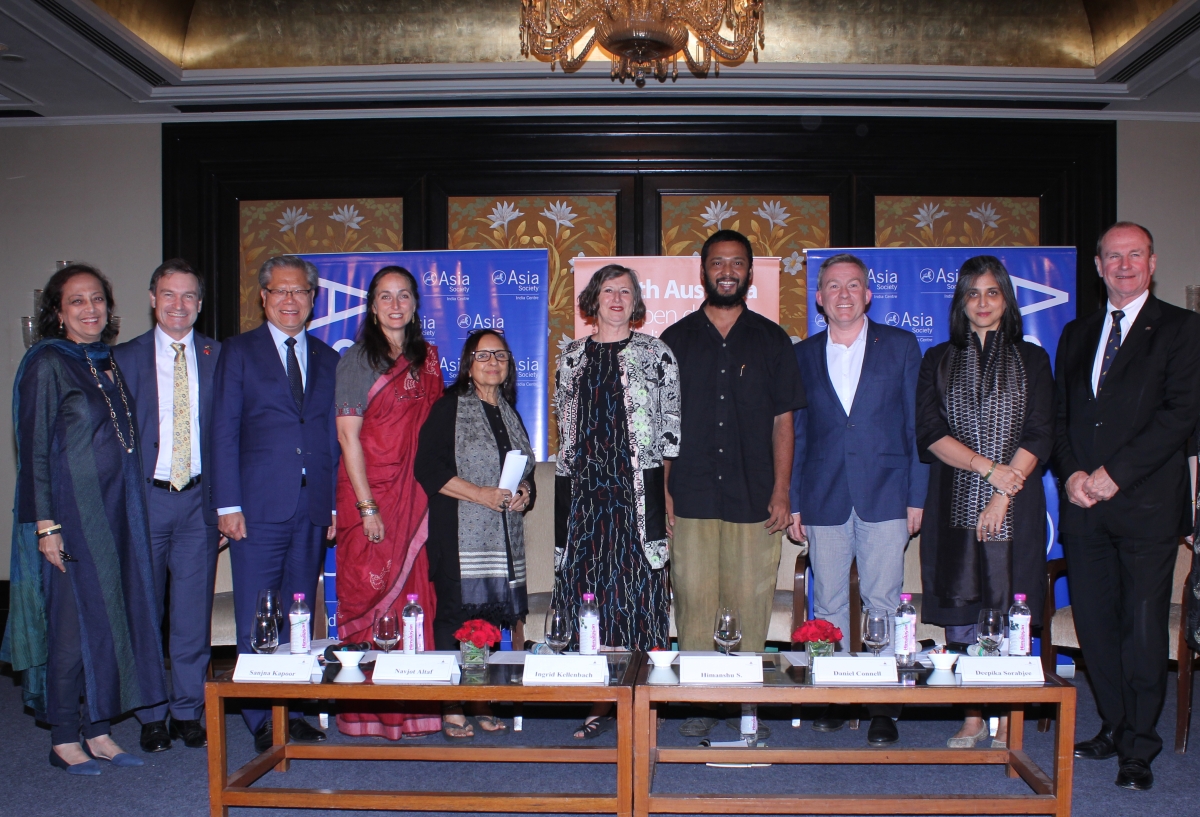 In the opening remarks, the Governor of South Australia, His Excellency Hieu Van Le AC spoke about the potential of the arts as being a point of exchange and interaction between India and Australia that must be built upon. This was followed by an address by Martin Hamilton-Smith, Minister for Investment & Trade, Government of South Australia, who emphasized the role of the arts in going “where politicians wouldn’t dare to go” and as a means to make sense of the happenings around us today.

Kapoor opened the panel discussion by underscoring the vital importance of the arts, and citing numerous successful community arts initiatives around the world, such as the ‘El Sistema’ programme of Venezuela that brings free music education to children from low-income neighborhoods, which has subsequently produced world class musicians. Following Kapoor was renowned artist Navjot Altaf, who expounded on her work with indigenous artists in Bastar, Chhattisgarh. Altaf made the crucial point that artists must engage with community members through collaboration, rather than using community members as mere subject material. Connell spoke about his efforts to use portraiture as a means to connect with immigrants and his initiative - ‘Turbans and Trust’ - that seeks to educate the Australian public about Sikhism through the act of tying turbans. The evening concluded with a discussion that went on over a networking dinner reception with a visiting business and trade delegation from South Australia.