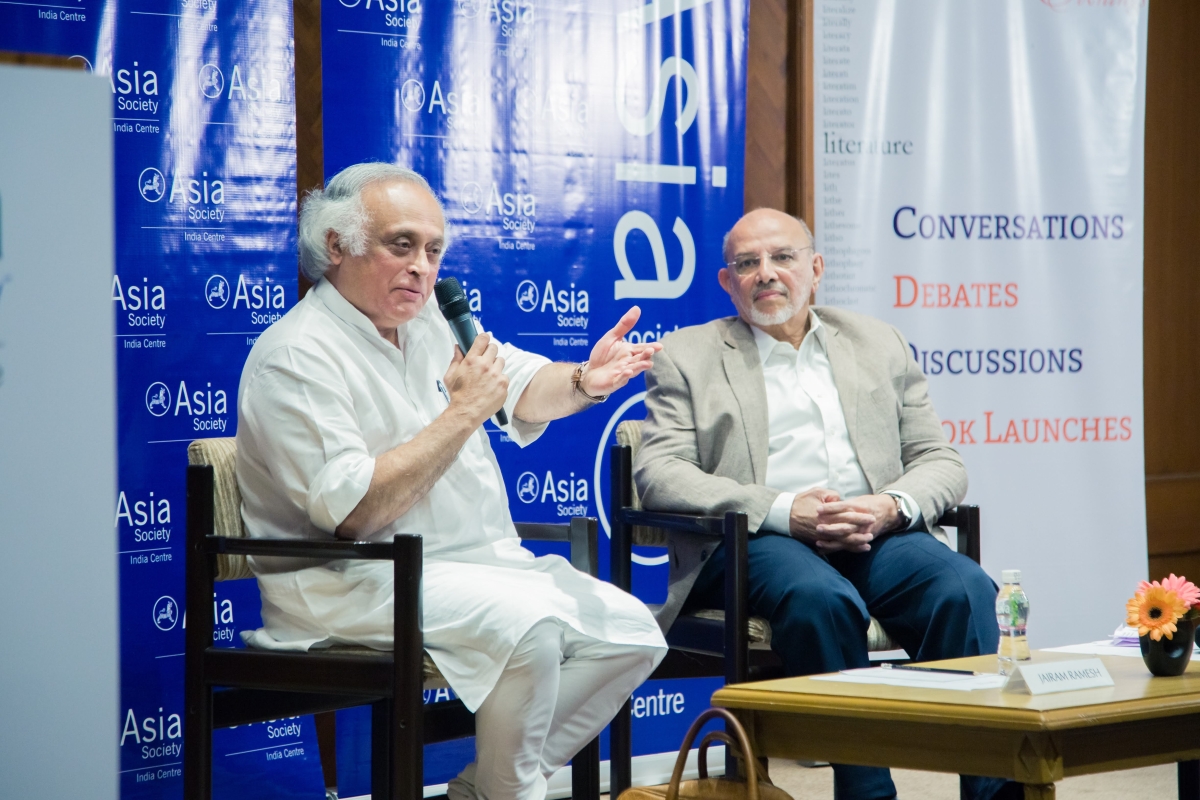 Mumbai: On 20th January, 2020, Asia Society India Centre hosted Jairam Ramesh, Member of Parliament and former Union Minister, Indian National Congress, and author. In conversation with him was Rajendra Abhyankar, former Ambassador and Foreign Affairs Secretary, and the discussion centred on diplomacy and statecraft through the life and career of V.K. Krishna Menon, the subject of Mr. Ramesh’s new book, ‘A Chequered Brilliance’.

Abhyankar commenced the conversation by asking Ramesh about the circumstances that led to the India-China conflict in 1962, an event in which Menon was deeply implicated, and what would have happened if a deal had been struck between the two countries. Ramesh responded by saying that a deal would have required India to recognize Chinese sovereignty in Ladakh and China to recognize Indian sovereignty in the Chumbi valley, and even then, we can only speak retrospectively.

Abhyankar then questioned Ramesh on Menon’s stint as Defense Minister and his contribution to the defense production, the Defense Research and Development Organization (DRDO) and his stance on the appointment of a Chief of Defense Staff. Ramesh replied by saying that even though Menon opposed the increase in Defense spending citing the values of Gandhi’s ahimsa, he contributed greatly towards the DRDO and other institutions like Sainik schools. On the matter of Chief of Defense Staff, which was initially proposed by Lord Mountbatten to Pandit Nehru, Menon was a staunch critic and held that a CDS would imply the superiority of the military over the civilian population, and the undermining of democracy.

The conversation then moved towards India’s nuclearization and Menon’s views on atomic weapons as Defense Minister. Ramesh said that Menon vocally disparaged the proliferation of nuclear weapons at the United Nations and his perseverance led to the Partial Test Ban Treaty in 1963. He had several disagreements with Homi Bhabha, the famous Indian nuclear physicist, and was unwavering in his opposition to India’s nuclearization.

This was followed by an audience QnA session which included questions on Menon’s views on the partition of India, his formative years in the Theosophical Society and his connection to Annie Besant, and the psychological impact India suffered after the 1962 conflict.