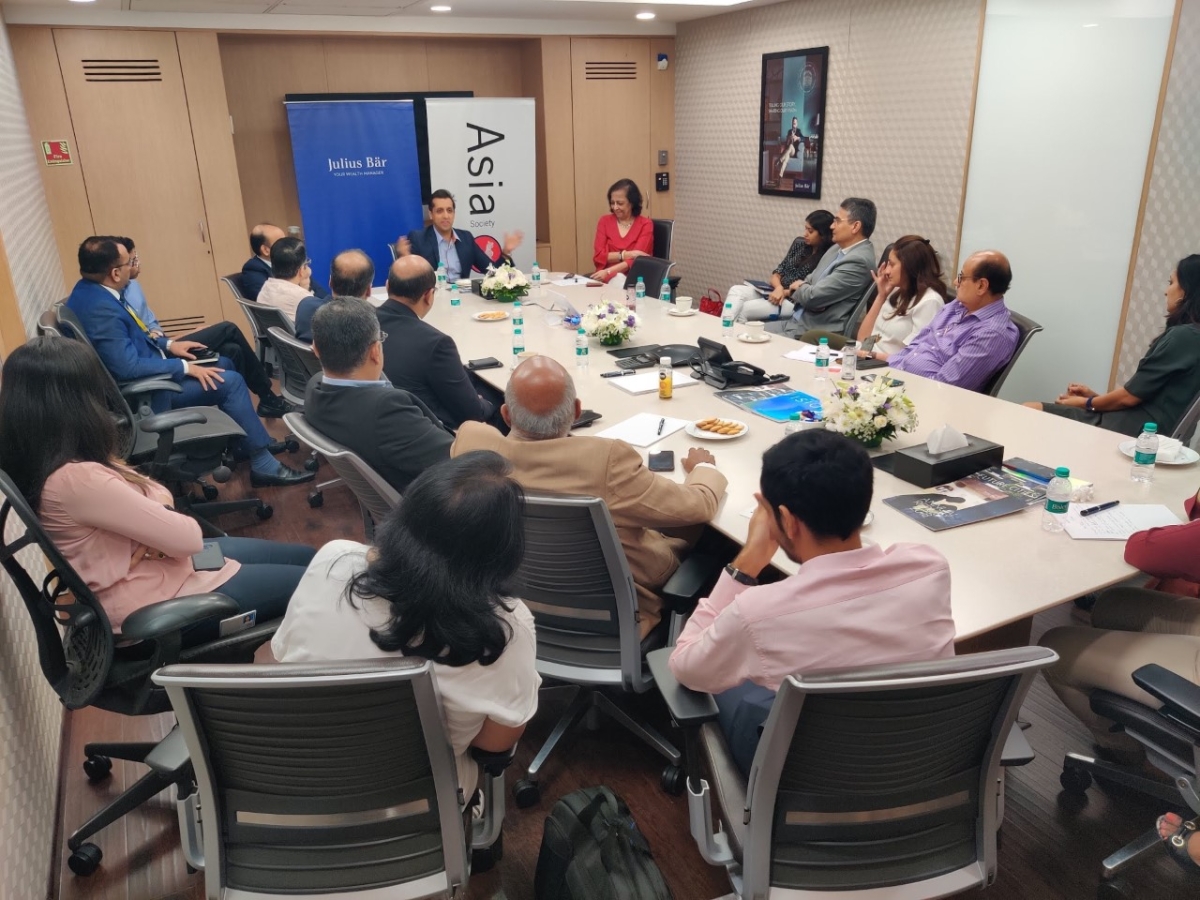 Rishi Jaitly at the Breakfast Discussion

Mumbai: On 20th November, Asia Society hosted Rishi Jaitly, CEO of Times Bridge for a breakfast discussion in partnership with Julius Baer. The discussion addressed various topics ranging from the growth of social media in the past decade to the foray of international technology giants in India.

Mr. Jaitly began by speaking about the experiences that motivated and shaped his desire to serve the public. He said his skills lay in story-telling and narratives and that he was deeply connected to places, which could be communities, cities or emerging markets. He spoke about how he brought a contrarian approach to value creation in the investment world. He addressed India’s “Superficial Market Entry” disease, which was a complex of issues faced by foreign companies while establishing their base in the country. India's multiculturalism and multilingualism, along with the preference differences between Tier I, and Tier II and III cities posed strategic challenges to foreign firms.

After his stint at Google, he returned to the USA, but was soon hired by Twitter and handled the operations in the Indian subcontinent. Establishing Twitter as an exclusive microblogging platform in a heterogeneous country was a challenge, but Jaitly said he wanted to focus on harnessing technology and media to connect people to their voices and places.

Following this, Jaitly answered some questions from the audience ranging from Twitter’s increased role in politician-citizen engagement with respect to the 2014 general elections, Twitter becoming an alternative platform for news, and the global perception of India as a manufacturing hub rather than a vast consumer market.