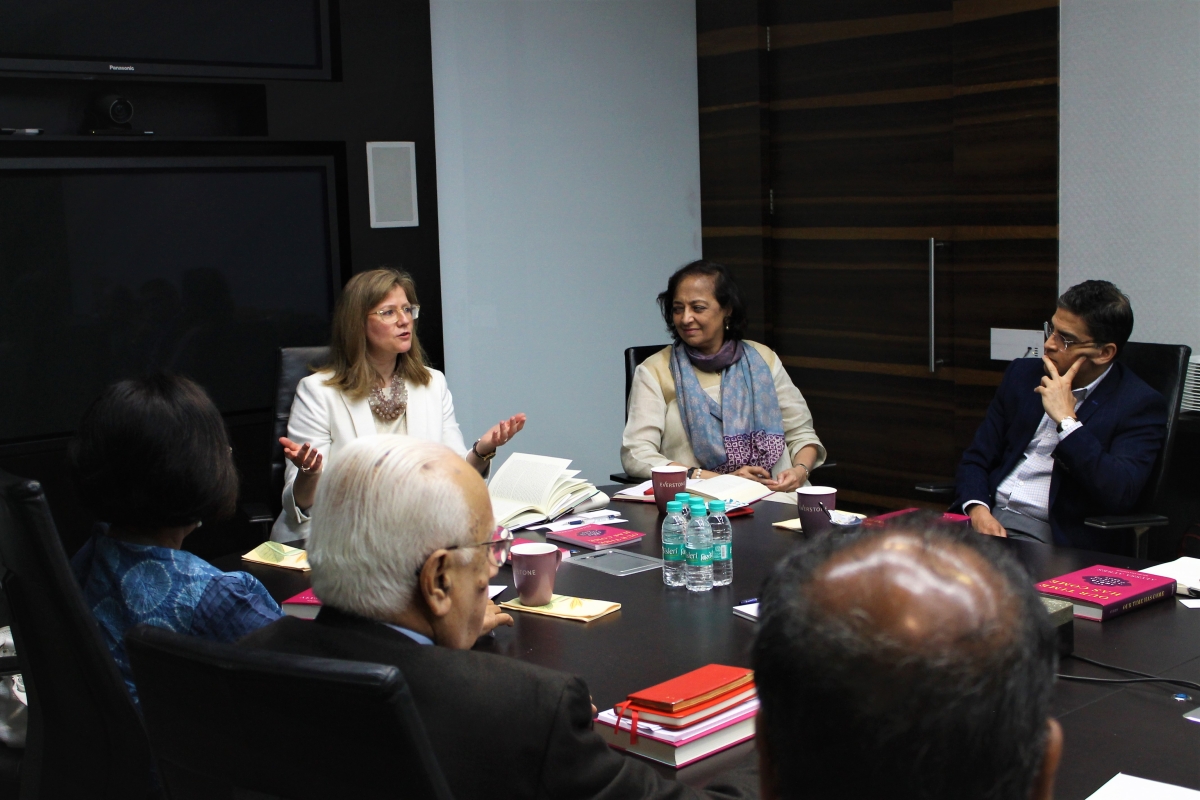 [Alyssa Ayres discusses her latest book in a roundtable]

On 09 March 2018, Asia Society India Centre hosted Alyssa Ayres, Senior Fellow for India, Pakistan and South Asia at the Council on Foreign Relations, in a discussion based on Ayres’ latest book, Our Time Has Come: How India Is Making Its Place In the World. The programme, part of our BASIC (Breakfast at Asia Society India Centre) series, was held at the Everstone Capital conference room in Lower Parel.

Targeted mainly at an international audience, Ayres started off her brief introduction into the book by mentioning the perception of India that is widely held in the United States--a country with poverty, and discrimination. She argues that despite India’s many accomplishments, it is not given its “due place” in the global sphere. India is not only a real defense power, but its size and diplomatic arsenal mean that a rising India could very well be a viable partner for the United States.

Ayres detailed that the United States should play a closer, more active role in granting India membership into international organizations, such as the United Nations Security Council, the Nuclear Supplier’s Group (NSG), OECD and IEA amongst others. Interestingly, Ayres makes an argument for the United States to consider its relationship with India as resembling that of a business joint-venture. Given that India is not a US ally, this would be the best way to strengthen the relationship, and carry on forward with a win-win cooperation.