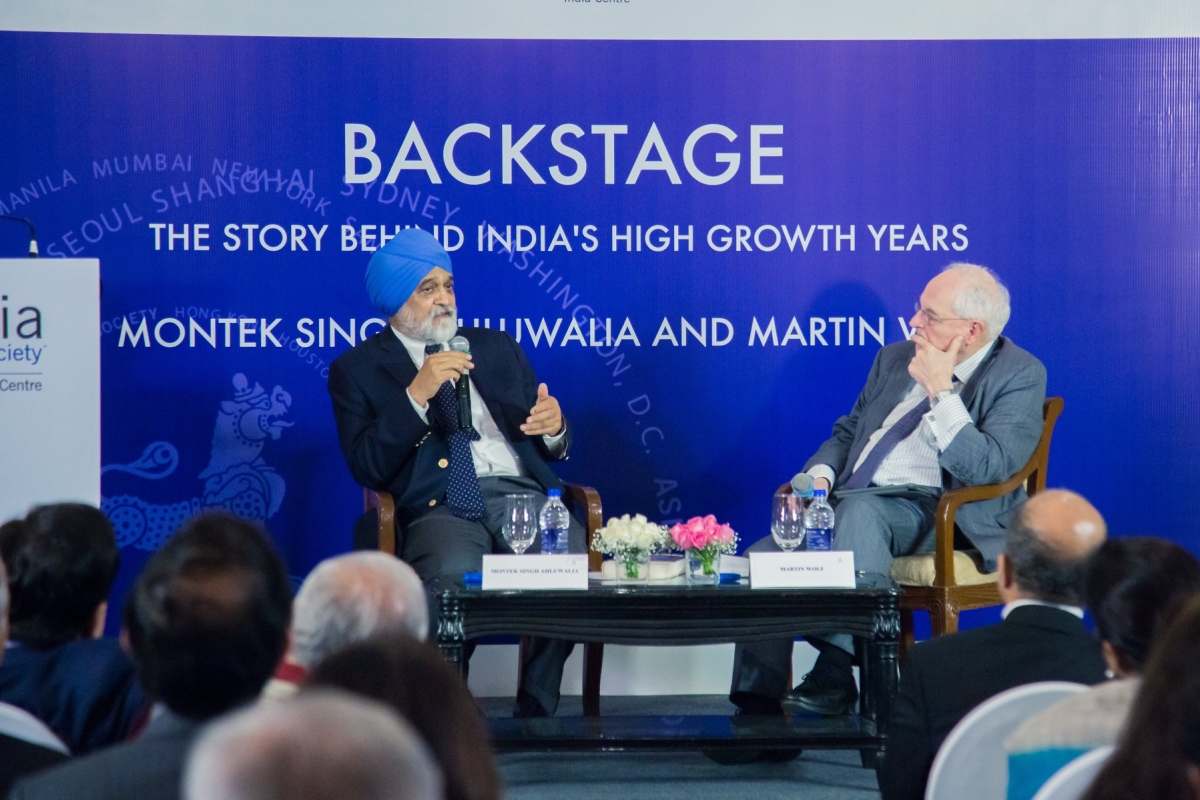 The programme began with an introduction by Ranjit Mathrani, Chairman of MW Eat and an old friend of Mr Ahluwalia’s from his time at Oxford University. He spoke about Mr Ahluwalia’s formative years in college, his role as a student journalist at St Stephen’s, as an ardent debater and later, his time as an economist at the World Bank and the Indian government. He commended his commitment to his work in difficult conditions and his role in planning, designing and implementing policies that helped India’s transition from a closed economy to a free market system against strong opposition from prominent policymakers and political leaders. This was followed by a short address by Mr. Wolf who shared his experiences while working with Mr. Ahluwalia at the World Bank and later coordinating with him while he served as an economic adviser in the Indian government.

Referring to the rapid growth and development achieved by East Asian countries with open economies, Mr. Ahluwalia said that he joined the Indian government with the hope of introducing similar policies which would ease restrictions in the state-controlled markets and shift the focus from distribution to high growth and distribution. While commenting on the 1991 payments crisis, Mr. Ahluwalia spoke of the need to implement an interrelated set of core measures to streamline the process of obtaining licenses for imports, businesses and exports to further push the momentum set by the liberalisation reforms. These reforms were more gradual in nature to appease the political leadership but needed clarification for the masses and further privatisation of commercial and industrial sectors to be more successful. Even though progress has been made in the past three decades, there still remained sufficient scope for reforms in banking and finance where the Reserve Bank of India still retained the power to remove a Chief Executive of a private sector bank while holding no such power over a public sector bank. On the political obstacles that hinder privatisation of public sector banks, Mr. Ahluwalia reasoned, “Competitive democratic politics will push politicians to adopt policies that will give short term benefits to voters and not push policies that will yield long term benefits because they will not get quick results before the next election.”

When asked about the reasons behind India’s poor growth performance in the past few years and what could be done to improve it in the future, the former Deputy Chairman of the Planning Commission said that it could be difficult to get back to the same rate of growth which was achieved post the injection of the fiscal stimulus in 2008 but could be raised if the government bolstered exports, promoted clear communication about the fiscal deficit, moved towards adopting a uniform interest rate of 7 per cent and practised more tolerance of criticism from private sector players.

The Q&A session saw questions raised on India’s poor performance in the manufacturing sector, the relevance of the Planning Commission and its role in designing economic policies, good economics versus good politics, the depreciation of the dollar-rupee exchange rate over the years and the lack of focus on the agricultural sector in policy discussions.