Future of Asia Series: Part I 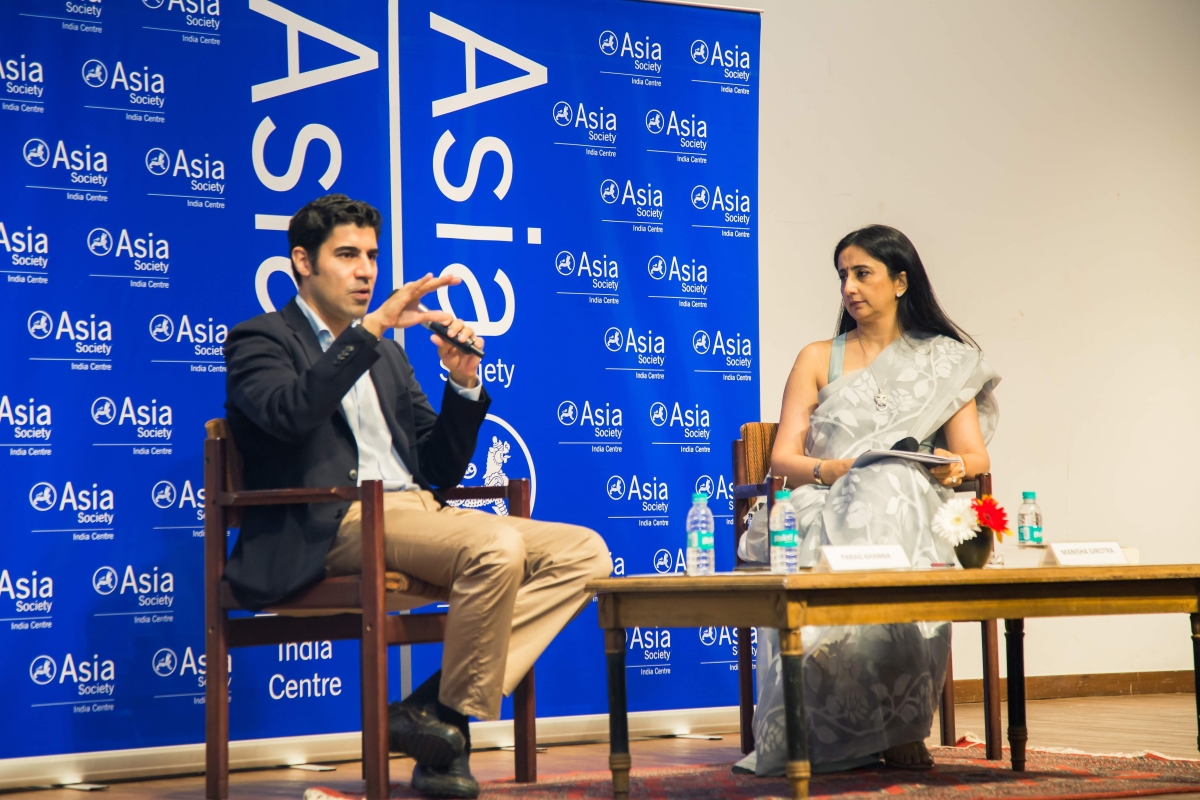 MUMBAI: On 30th March, 2019, Asia Society hosted Dr. Parag Khanna, Founder and Managing Partner of FutureMap and Manisha Girotra, CEO, Moelis & Co., for a discussion on geopolitics, the world economies, the Belt and Road Initiative and Khanna’s latest book The Future is Asian: Commerce, Conflict and Culture in the 21st Century. The programme was the first part of the Future of Asia Series for this year.

Parag Khanna began his presentation by introducing his book in which he retells the story of the Asian economic history. He pointed out that it is often assumed that Asia is synonymous with China, which is a false understanding. He said that our understanding of the Asian geography stems from colonial cartography where we separate the “Middle East” and the rest of Asia, but Asia, includes a significant number of countries like the GCC countries and even Turkey and Russia. He made an interesting observation on the shifting demographics in Asia. Countries like Japan, with a significantly ageing population, encourage inward migration; China believes the BRI is more than just infrastructure based, it encourages people-to-people interaction. And the increasing amount of English language courses taught in these countries increases cross- border Asian migration and enhances Asian awareness.

Khanna concluded his presentation by introducing the audience to a term called “Afro-Eurasian”, by which he referred to the pre-colonial economic, cultural and religious interactions that existed on the continent via the Silk Route. He drew attention to the fact that the BRI also encourages robust interactions between these Afro-Eurasian countries which in turn fosters a deepened development of the Asian system.

Manisha Girotra began the conversation by pointing out the heterogeneity that exists on the Asian continent. She made an important argument that the rate of growth and development experienced by the different Asian countries differs significantly from each other. She posed several interesting questions to Mr. Khanna about the preparedness of India to compete with the other countries for manufacturing, the massive disparity between the rich and the poor in Asian countries, the contribution of the banking and finance sector and institutions of the Asian economics supplementing their growth, and the future of Asia in context of the BRI as an important diplomatic project in addition to being an infrastructure project.

The discussion was followed by an engaging Q&A session with the audience.